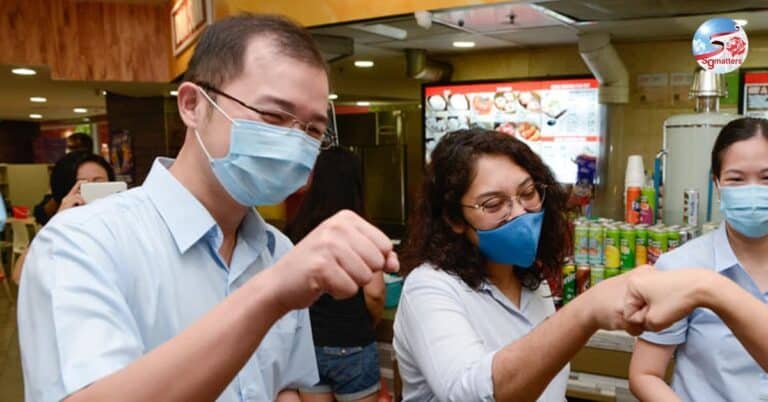 The Workers’ Party proposed that home-renting be made mainstream to create a diversity of housing options.

Speaking in an adjournment motion on 2 November 2021, Workers’ Party MP Louis Chua said that home renting would satisfy the needs of young couples to increase fertility rate, cater to freelancers without a fixed income and provide greater workforce flexibility for individuals to advance their careers through investing more on entrepreneurship.

It is unclear how home renting – as opposed to homeownership – will increase fertility rate, as Mr Chua argued. On the contrary, one would think that a secured roof over their heads will provide the stability for young couples to start and build a family, when they do not have to worry if they need to move house 2 or 3 years down the road. Moreover, rental is an expenditure. If a couple has to spend between one and two thousand dollars a month on rental, it would add to the cost of living and how will that affect their decision to have children?

For freelancers without a fixed income, paying rent will eat into their ability to save for the future. For the unmarried, those who can afford to rent can choose to move out of their parents’ homes and rent a place in the open market. Our Asian culture is such that majority of children live with their parents until they are married when they may move out to a new home of their own. This has allowed many to accumulate savings until such time when they need a place of their own.

Homeownership is the foundation upon which nationhood was forged. Rental was never a long-term solution. The provision of a subsidised public rental option is a means towards achieving homeownership because the government believes in the benefits that homeownership brings to Singaporeans. The late Mr Lee Kuan Yew is the key driver of public housing in Singapore.  His vision of a home-owning society has given Singaporeans a tangible stake in the nation, a shared prosperity and a reason to defend Singapore. He had seen the contrast between blocks of low-cost rental flats he described as badly misused and poorly maintained, and those of house-proud owners, and was convinced that if every family owned its home, the country would be more stable. As a migrant nation with people who came from different parts of Asia, it was homeownership that helped to quickly forge a sense of rootedness in Singapore.

We have all heard stories of how a rental flat or house is returned in bad condition after the lease has ended. People will take good care of something that belongs to them and pay less attention to what they do not own. It’s human behaviour.  It’s the same reason that you see a proud car owner spending his weekend washing and polishing his car. But the same driver would not do that to a rental car. To enable Singaporeans to own their homes, the government introduced the Public Housing Scheme in 1968, allowing Singaporeans to use their CPF savings instead of take-home pay to finance mortgages on their HDB flats. By making housing more affordable, many Singaporeans were able to own homes. This has become a key pillar of retirement security, as Singaporeans in their senior years no longer have to pay rental fees out of their retirement savings.

Workers’ Party’s suggestion to make rental housing mainstream will bring us back to a time more than 50 years ago when all HDB flats were rental flats. This was before 1964. Is this what we want?

Many of us can remember the time when our parents were very excited to receive the keys to their new flats. Singaporeans want to own their flats. It’s the reason why single, unwed parents welcome being able to buy a flat from HDB. It’s also the reason why after many years of advocate, the rules were finally relaxed to allow singles to buy a flat from HDB when they reach age 35.

Mr Fadhil Azmi, rented for 10 years before he finally bought his own HDB flat in 2019 when he reached the minimum eligible age of 35 years old. He had moved out of his parents’ home as he wanted his own space, given that he came from a big family living in a small flat.  “The amount I spent on rent in the last 10 years, I could have paid for the house (if I was allowed to buy it) back then… I would have been debt-free by now,” said the 36-year-old who works in marketing.

May 13, 2022
PrevPreviousHome ownership is not superior to home renting: WP MP Louis Chua
NextDo you own your 99-year leasehold HDB flat?Next
On Key