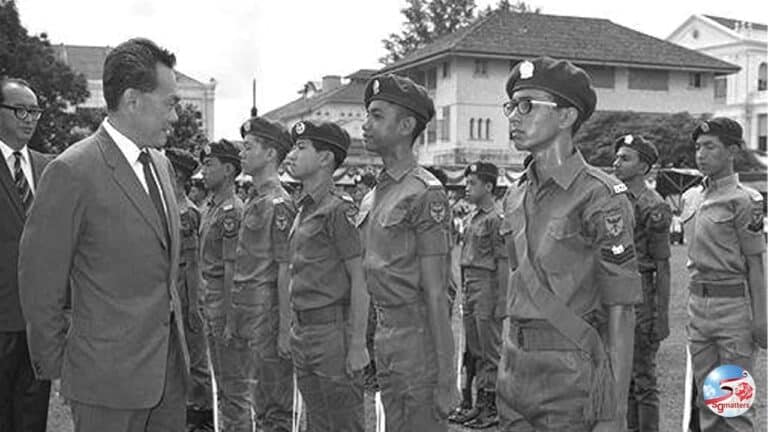 A newly independent Singapore needed to be able to defend herself. To this end, Mr Lee Kuan Yew made a fundamental decision to build a national service armed force.

“If we did not have the ability to defend ourselves, nobody, not even our own people, would have faith in our future,” Mr Lee said in a speech made in 2000 made at the John F Kennedy School of Government, Harvard University.   Depending on foreign and UN intervention to come to our aid would be too late, he said.

Home ownership became a foundation upon which nationhood was forged. It gives Singaporeans a tangible stake in the nation and a reason to defend Singapore.

In his speech, Mr Lee said:

“Soon after separation, I resolved to enable every household to own its own home. If we were going to get the people to take National Service seriously, I could not ask their sons to fight and die for the properties of the wealthy. We worked out a personal savings scheme that allowed them to own an apartment painlessly through instalments over 20 years. We sold the apartments to them at below cost to enhance their assets. Today, 95 per cent of Singaporean households are home-owners. It has immeasurably increased their wealth and our social stability. Without home ownership, we would have become like Tokyo, Seoul or Hong Kong where the voters in the cities are disaffected because they pay a large proportion of their salaries in rents.”

Some have argued on social media that a 99-year lease is permanent renting. That’s an invalid argument. The COE for your car is 10 years but no one argues that he is merely renting his car. Let’s face it. There are big differences between renting and home ownership. You can sell the flat you own to monetise it. You can rent out a room or the whole flat to get some income. You can’t do this with a rental flat. Every cent you pay for rent is money spent.

Clearly, the comparison is for people rich with cash. The simulation compares renting to buying a $2M private property and assumes that people also have $700,000 to put in a REIT. This already rules out the vast majority of us who own a public housing flat.

Borrowing this simulation, he argued that if home ownership is still an ideal that the Government would like to champion, the government could put the entire stock of  HDB rental flats in a REIT structure which can be either public or private. Now, Singaporeans can become a renter of a HDB flat while owning a part of Singapore’s entire stock of HDB flats by investing their money in this REIT. That’s a specious argument.

He argued that the math is possible even for people with less money, but then went on to contradict himself by calling for renting to be subsidised to make it affordable. If one needs subsidies to afford rent, where is the money to put in a REIT?

If without paying rent, you are already complaining about the cost of living, how will you cope with paying rent? More importantly, where will the money to pay rent come from when you retire and no longer have an income from work?

Who pays for the subsidies if rent is subsidised? Taxpayers, of course! Will you pay more in taxes so that people can enjoy subsidised rentals? How much more in taxes? Mr Chua has lots of math to do. 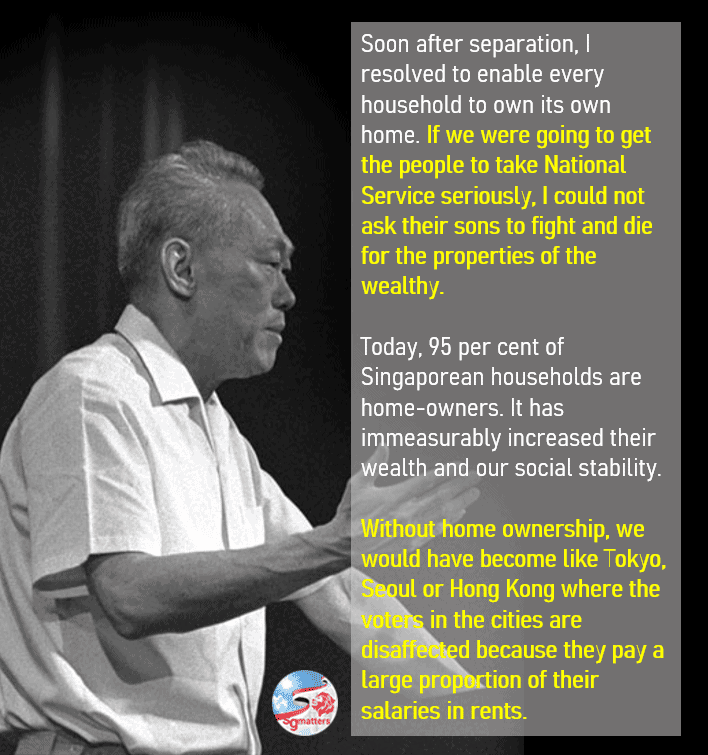 Read also  Workers' Party's home-renting suggestion will bring Singapore back to more than 50 years ago
Read also  Do you own your 99-year leasehold HDB flat?
Read also  Home ownership is not superior to home renting: WP MP Louis Chua