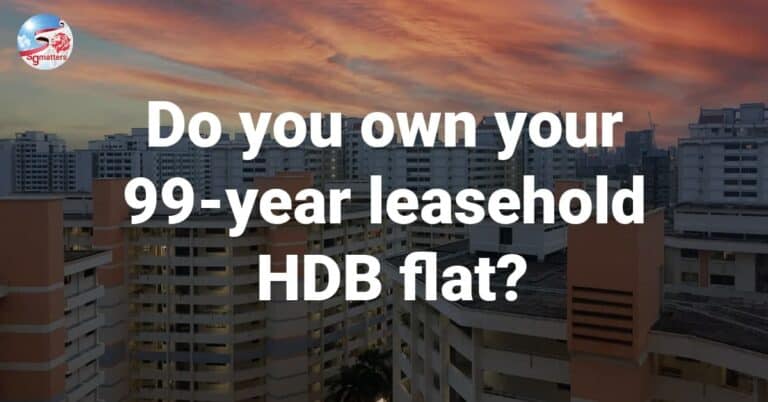 Some have tried to argue that you do not own your HDB flat because it is on leasehold. You are merely renting it permanently, they argued. This argument does not hold water at all.

The basic rule of law is that you cannot sell something that does not belong to you. It would be illegal to do so. This of course also means that you cannot buy from a non-owner. The sale would be invalid and you will not get the title deed to the flat.

But clearly, no one who owns their HDB flat, doubts their ownership. Every day, flats are sold on the resale markets and ownership changed. People spend thousands of dollars to renovate and redecorate their flats, changing floor tiles and fixtures within HDB guidelines. You can’t sell a rental flat.

As owner of your HDB flat, you can rent out the whole flat or a spare room for cash. You cannot sublet your rental HDB flat.

The flat that you own is a store of value that you can monetize when needs be. You can sell it and downsize to a smaller flat to benefit from HDB Silver Housing Bonus, or you can monetize a portion of the lease through the Lease Buyback Scheme.  You can’t do any of these with a rental flat. Every cent paid in rent is every cent spent.

Why have 99-year leases for HDB flats?

In land-scarce Singapore, the leasehold system allows land to be recycled and re-developed, to meet the needs of future generations of Singaporeans. If flats are sold on a freehold basis, there won’t be enough land to build new flats for future generations, and our society will become divided between those who own a property and those who do not. 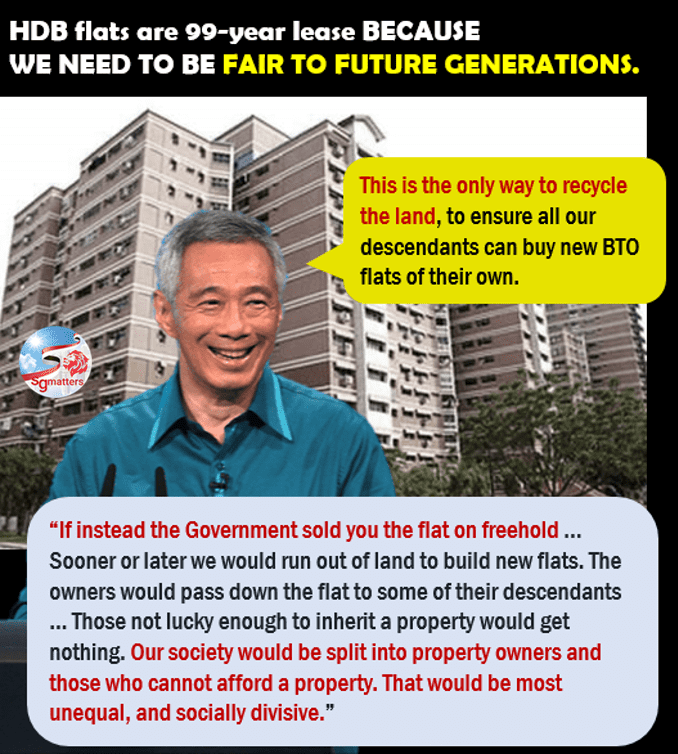 Since 1967, all sites for private residential land in Singapore have also been sold on leases of not more than 99 years. Yet no private property owners have ever thought of themselves as renting a private property.

Let’s not have a semantic argument but look at the facts of the matter. There are clear and big differences between owning and renting a flat.

May 13, 2022
PrevPreviousWorkers’ Party’s home-renting suggestion will bring Singapore back to more than 50 years ago
NextI could not ask their sons to fight and die for the properties of the wealthy: Lee Kuan YewNext
On Key