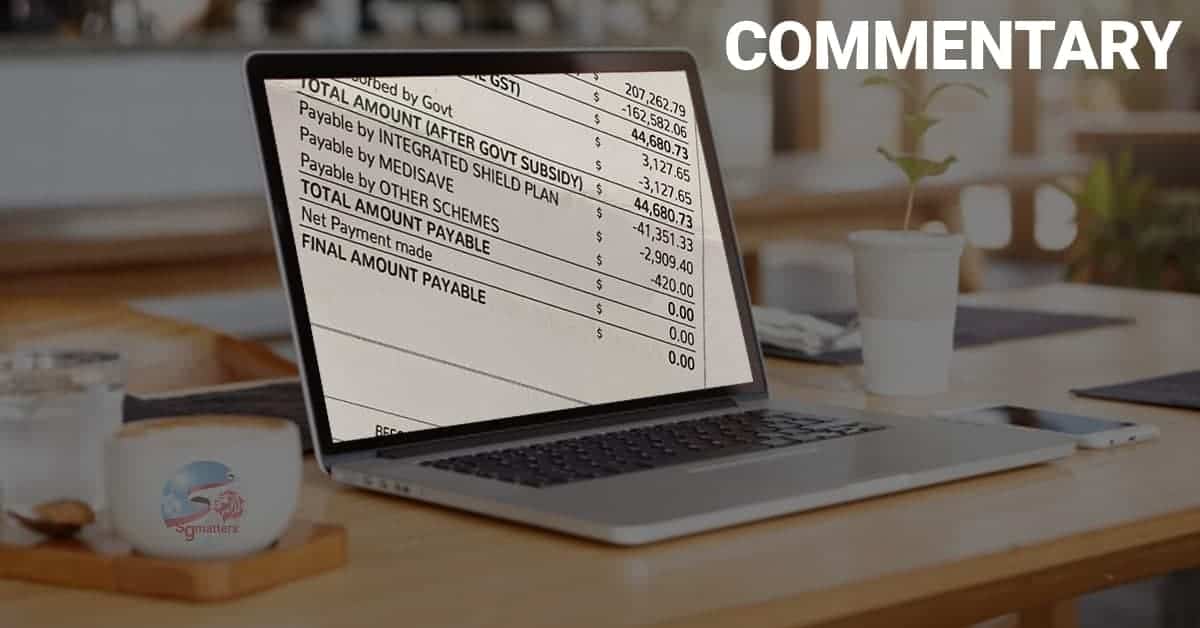 Eddy Edvaldo Chua’s father was hospitalised for a heart condition and had to go for a heart bypass surgery. He recovered well for the first two days but after being transferred out to the High Dependency Ward, he suffered from a heart attack and was sent back to the ICU where he suffered another two heart attacks, said Mr Chua in a Facebook post.

“Luckily, he was resuscitated by the professional and dedicated team over at National Heart Centre Singapore. Really grateful of them for the professionalism,” Mr Chua said. “I would never forget the days he had electrical components and pipes going around his body. It was still heartbroken to see.”

Mr Chua’s father stayed in the ICU for a good 22 days and thereafter, more than a month at the High Dependency Ward and isolation ward. He also developed shingles halfway during his stay, according to Mr Chua.

Thankfully for Mr Chua and his family, his father recovered well and went home in August.

The surgeries, medical procedures and medicines for a hospitalization of close to 2 months did not come cheap. The Chua family were briefed frequently by the financial services of the hospital. The family had mentally prepared themselves for the huge costs that would be billed to them.

When the official bill did come in October, there was a shock but there were more sighs of relief.

“The total cost was at a whopping $207k. That’s easily the cost of a 3-room BTO in Tengah. But we were lucky that we are Singaporeans and seeked treatment in a public hospital. There’s a government subsidy of $162k. That’s easily 78% of the total cost, leaving us with a payment of $44k,” Mr Chua wrote.

The GST payable was $3k. “Yet, it was absorbed by the Govt. So we are really very thankful for that,” said Mr Chua.

Mr Chua went on to explain that the remaining $44k were covered by the Integrated Shield Plan as well as Medisave.

“At the end of the day, the financial burden was removed because there was no need for us to pull the money out from our own pockets. I get Pa back and it’s all good,” Mr Chua said.

Mr Chua said he shared the story to show that healthcare in Singapore is one of the world’s best healthcare system with subsidies, and how important it is to be insured. 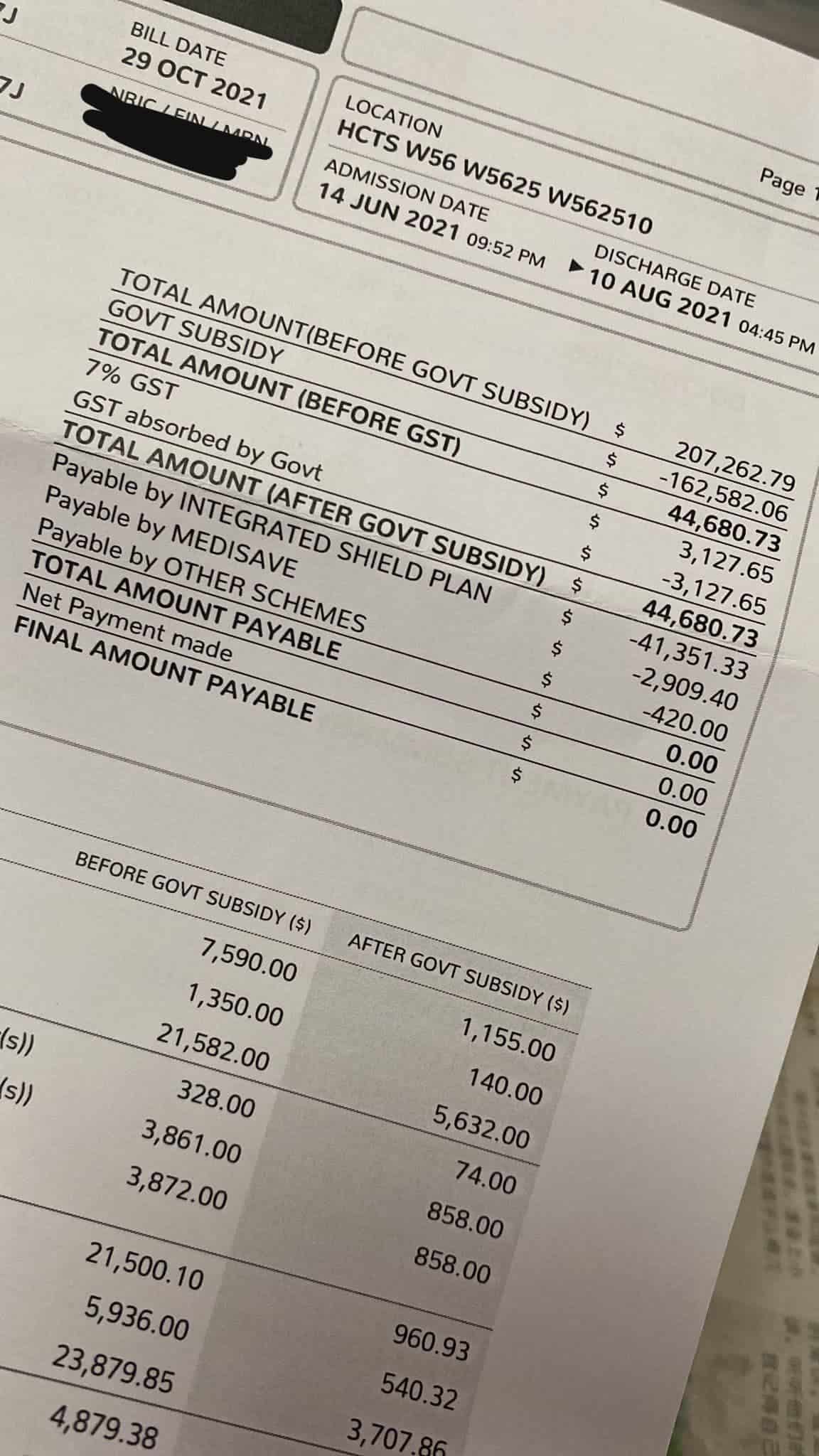 Here are more stories of people with similar experiences that shows healthcare in Singapore is among the best. This one shared by Kenneth Tiang.

His premature baby spent 5 months in the neonatal intensive care unit and incurred a bill of $326,152 !!

If that is not a great system, what is?

January 12, 2022
PrevPreviousUnvaccinated to pay for treatment. Median bill for hospital stay including ICU is around $25,000 before subsidies.
On Key