Skip to content
Home » 4G Leadership: why you can be excited about Ong Ye Kung
Politics

“A one-party system gives Singapore its best shot at success because it is a small country that needs to stay nimble and move fast in a changing global environment.”

Prior to entering politics, Mr Ong worked for Keppel Corporation where he was director of group strategy. Before that, he was deputy secretary-general of the National Trades Union Congress, overseeing the labour movement’s employment and employability programmes. From 2003 to 2005, he was PM Lee’s principal private secretary, and before that, he was his press secretary.

He was elected to the Sembawang GRC as an MP in 2015, and he was appointed Acting Minister of Education in 2016. (Higher Education and Skills). The following year, he was promoted to full minister and appointed as Second Defence Minister.

Mr Ong later oversaw the entire education portfolio. After GE2020, he took over the Transport Ministry from Mr Khaw Boon Wan. He is a member of the Monetary Authority of Singapore’s board of directors and chairman of the Chinese Development Assistance Council. 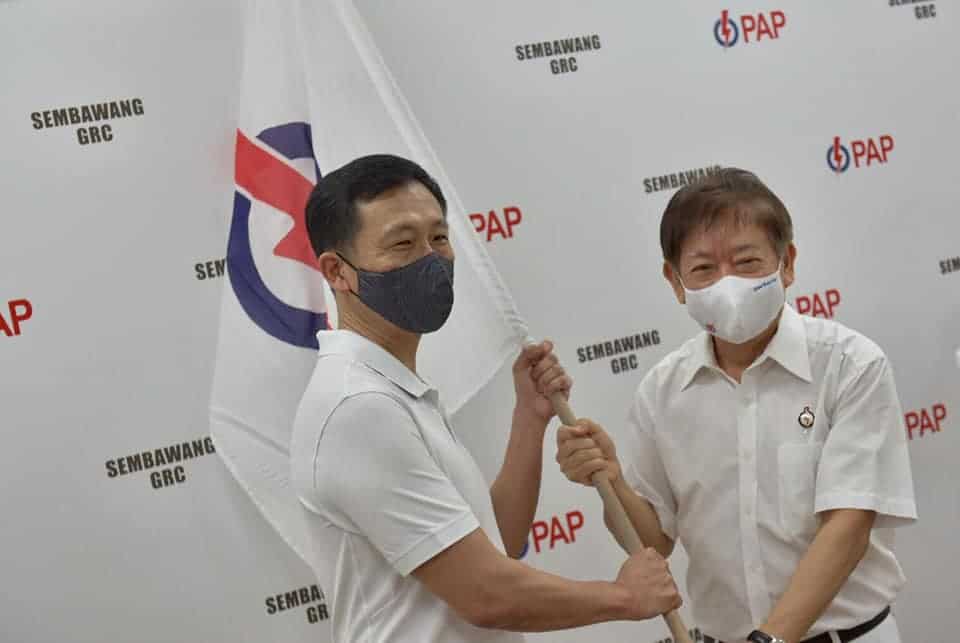 As Education Minister, he moved the education system from streaming to a subject-based banding system, building on the work of Mr Heng Swee Keat, the previous Education Minister. Once fully implemented, this will take away the stigma felt by students in the normal stream.

On stigmatisation of students from the normal stream

Labels are everywhere and we are categorised in everything that we do, Mr Ong said. It is up to society, whether we want to create a wall between people.

“Stigmatisation is not a government policy, but a societal response. Society also has the responsibility to now recognise that we all have different strengths and different skill sets.”

Every school a good school

A parent asked how MOE would ensure that every school is a good school, Mr Ong said it is both an aspiration and a vision. The vision will never be fulfilled if our definition of a good school is Nanyang or Raffles. A good school must be defined from the perspective of the child.

“I turned to his child and asked, ‘Do you like your school?’ His answer was ‘Yes.’ ‘Are the teachers good and helping you learn?’ ‘Yes.’ ‘Do you enjoy your CCA?’ ‘Yes.’ ‘Have you made good friends and do you all enjoy one another’s company?’ ‘Yes.’ ‘In the morning, when you go to school, are you happy?’ ‘Yes’.

On scholarships for foreign students

“Many European universities offer free or heavily subsidised education to all foreign students. There are around 400 Singaporean students studying in French and German universities, and they benefit from highly subsidised tuition fees there. So we give some and we also take some, and our IHLs (institutes of higher learning) cannot depart from this international practice norm, and has to be part of this global education network.” (Aug 2019)

His advice to parents

“Perhaps one of the best things we as parents can do for our children is to know when to let go and what to let go. By ensuring that they are so well taken care of, does it help them or are we inadvertently blunting their ability to adapt?”

He said meritocracy would remain a key principle for recognising individuals.

“Meritocracy has not failed us and will remain a key principle for recognising individuals. Because even those who railed against meritocracy struggle to come up with a better system. Would you prefer a birth right system? Or nepotism? Or a system that ensures equal outcomes like communism? Or perhaps resort to lotteries for all appointments and promotions?”

COVID-19 Pandemic and our status as an air hub

COVID-19 has wiped out and decimated the aviation sector.

“Don’t take for granted that when COVID-19 is over, we will still remain as the aviation hub. Others will be vying for it. It’s not something we take for granted. … Once again, we need to be able to fight back and secure and revive our aviation sector while being able to keep COVID-19 transmission low and maintaining the health of Singaporeans.”

He rebuked WP Jamus Lim for suggesting an environment tax on SIA when the airline was still bleeding.

“Whichever way SIA had decided, MOT (Ministry of Transport) would always try our best to support our national carrier in times like this,” the minister said in his speech to the House.

“What I will not contemplate is to impose on them an environment tax at this time, as Associate Professor Jamus Lim indicated in his question, because that will just worsen the crisis for SIA.”

He worked to establish an air travel bubble with Hong Kong but unfortunately, it was suspended a day before its launch due to a surge of COVID-19 cases in Hong Kong. On Wednesday, 14 April, Mr Ong said that Singapore and Hong Kong are in “active discussion” on starting the long-delayed air travel bubble between the two cities. Hong Kong had in recent weeks, keep the pandemic under control.

In March this year, the HSR cancellation became final. The HSR project hit a patch when Malaysia changed their government which decided to review the HSR project. Mr Ong announced in Parliament that Malaysia has paid Singapore about $102.8 million as compensation for the costs it incurred in the failed high-speed rail (HSR) project.

“I am glad that we were able to close this chapter amicably, without affecting the good bilateral relations between our two countries.”

Grew up in an extended family in a kampong

Mr Ong grew up in an extended family in a kampong. During the weekends, he was a farm hand, mostly helping his father catch and pack fishes. 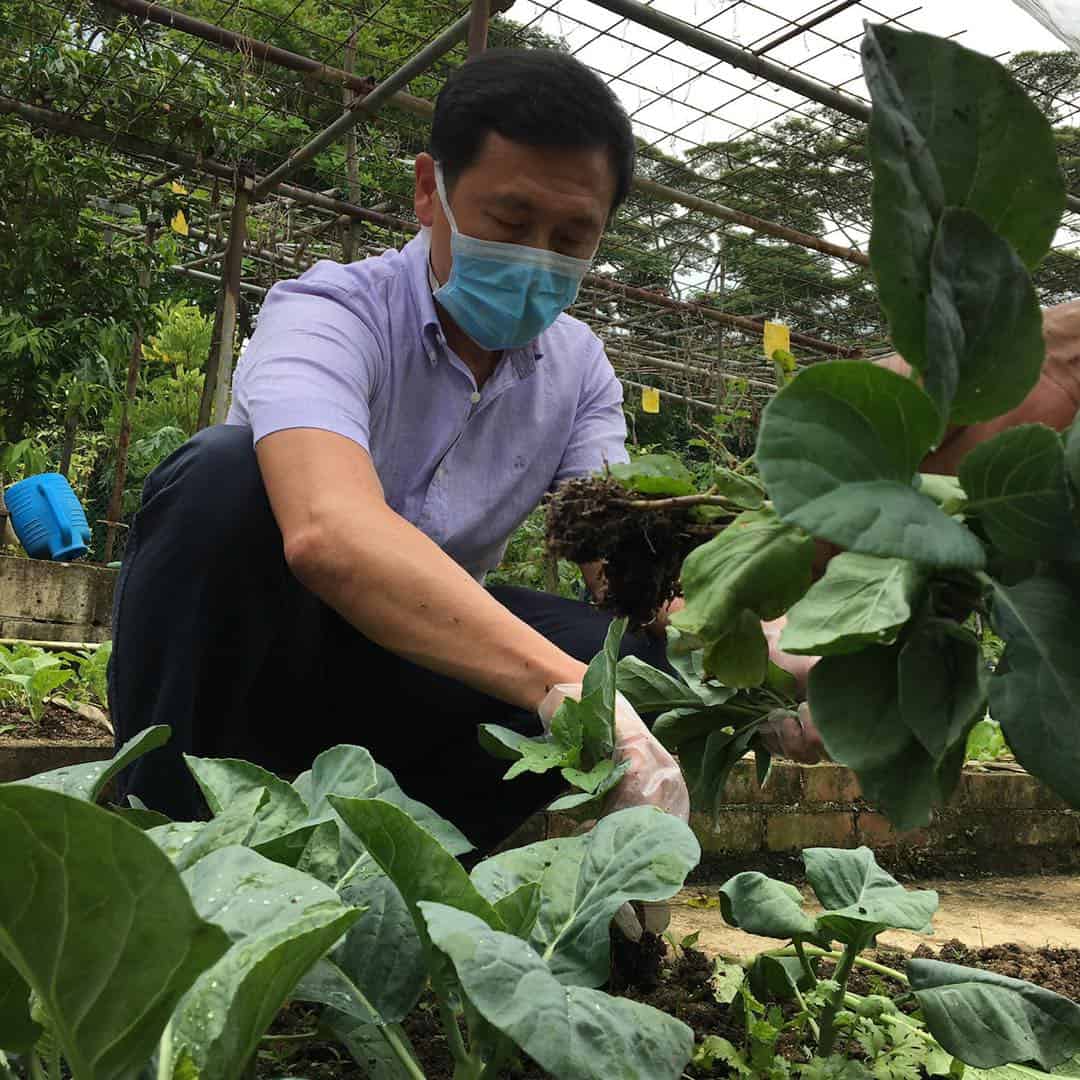 Quotable quote:
“If there’s any ambition, it is a collective ambition for Singapore.”