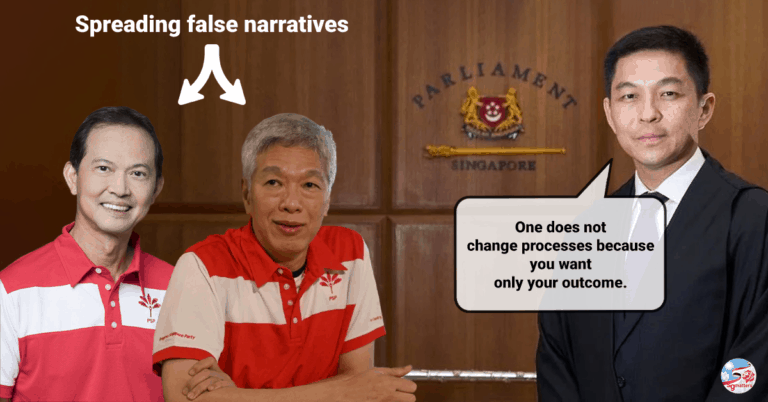 The false narrative spinners think that due process should be thrown out of the window in favour of popularity. Talk about justice. When due process can be changed according to one's whim and fancy, where is the rule of law? And if there is no rule of law, where will justice be?

But there can be only one Adjournment Motion per sitting.

These are the 5 Adjournment Motions filed by 5 MPs: 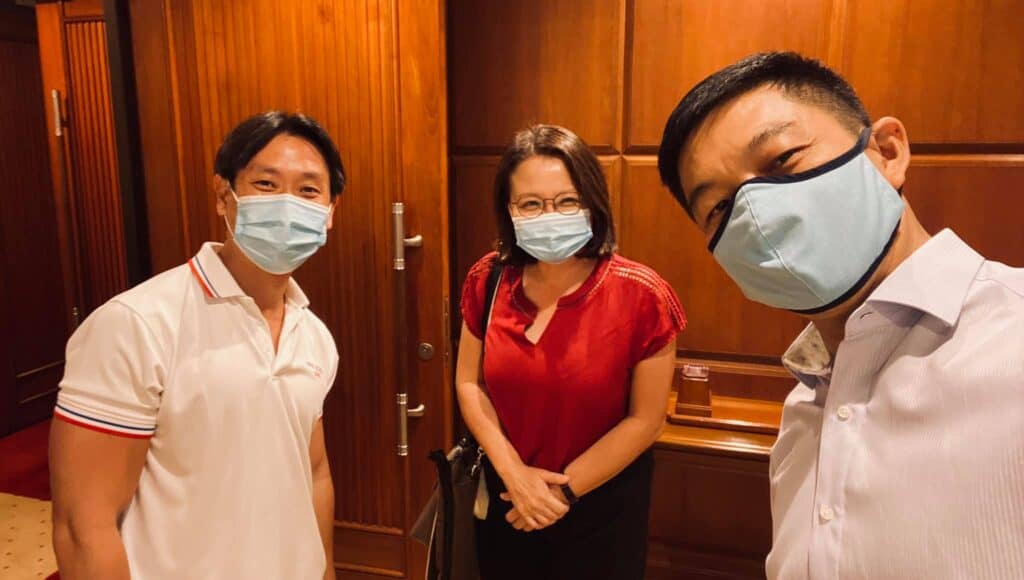 Louis Ng and Sylvia Lim were present to witness the ballot.

As it turned out, the lot went to Louis Ng who was the happy man.

The ballot is fair and followed due process. If you have any doubt about the fairness of the ballot, ask Sylvia Lim. She was present. 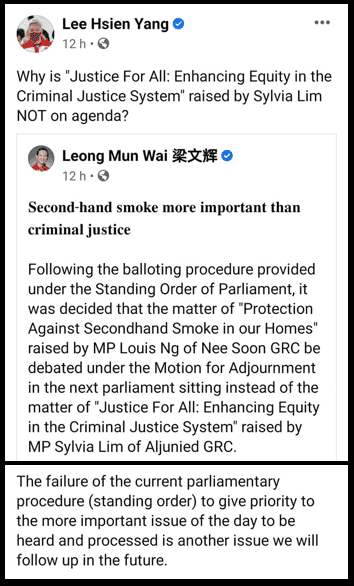 Disrespectful to run down issues others want to speak on

Speaker Tan Chuan Jin expressed surprise that ‘some folks choose to spin a false narrative about this process’.

The MPs who had filed their Adjournment Motions are passionate about the issues they wanted to speak on.

“It is disrespectful to run down the issues that others are speaking on,” Mr Tan said.

“It is disrespectful to the Singaporeans whose lives are impacted by the issues being proposed,” he added.

It does not mean that because Sylvia Lim’s motion was not picked in the ballot, it will not be picked again. She can resubmit it to be balloted for the next sitting.

Criminal justice system to be given a full hearing in Parliament

Mr Tan asked: “But more critically, how on earth is this the be-all and end-all?

That Sylvia Lim’s motion was not picked on the ballot does not mean that the criminal justice system would not be addressed in Parliament.

The issue, in fact, would be given a full hearing in Parliament and more time spent on it than via an Adjournment Motion.

Questions have been filed by MPs. Law Minister K Shanmugam would be addressing the issue fully in a Ministerial Statement which would include a full and substantive series of clarifications.

You do not change processes at anyone’s whim and fancy

There is a due process. You do not change processes at anyone’s whim and fancy, and just because some of you want only your outcome because you believe it to be right, Mr Tan said.

In spinning their false narrative, Leong Mun Wai and Lee Hsien Yang are essentially calling for the suspension of due process in favour of popularity. If the due process can be suspended according to one’s whim and fancy, then where is rule of law and justice that Leong talked about?

Don’t be stupid. It’s a ballot. No one gets any special privilege for being the opposition.

Speak up only to score brownie points? 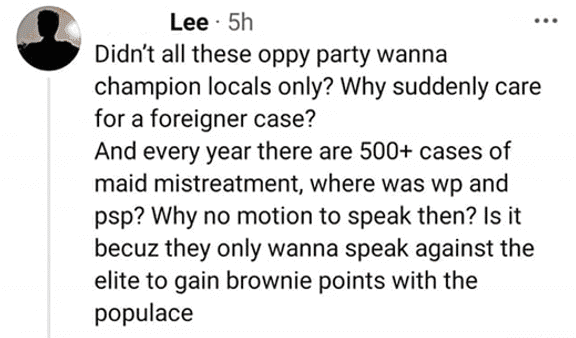 Read also  What did Mr Lee Kuan Yew say to the legal fraternity?

May 13, 2022
PrevPreviousCDCs: eyes and ears on the ground, hands and legs to implement programmes
NextAdjournment Motion? Let’s not play games. Put in a full motion, says Calvin ChengNext
On Key