Social justice warriors, respect the privacy of the vulnerable please! 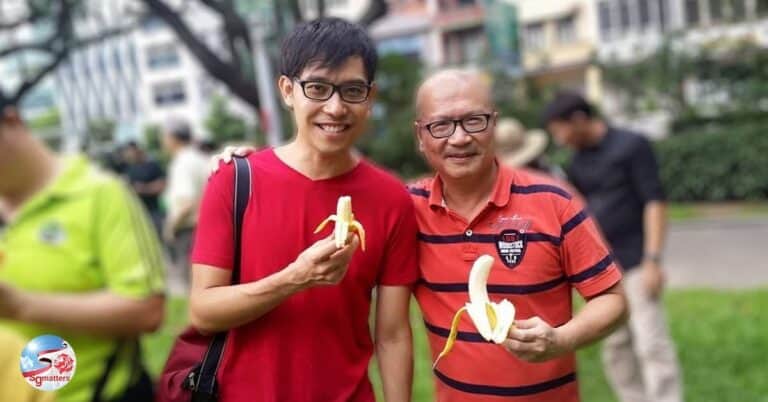 Respect the privacy of vulnerable people including the homeless. Homeless persons are already without a physical shelter. To take even their dignity from them has got to be one of the worst robberies.

The last thing a homeless person wants is to have his or her photo plastered all over social media and become the talking point – without his/her knowledge or consent.

Not too long ago, self-styled social justice warrior, Gilbert Goh posted the photo of a ‘homeless’ woman seated at a bus stop in Tampines, with her head bowed low.

He had visited the woman at the bus stop following a tip-off.

On the surface, Gilbert Goh’s acts appear to be benign. But it is really no different from any other viral online articles that invade the privacy of the photographed individuals.

These photographs are passed around to further the selfish agenda of said social justice warriors.

With a heavy dose of self-righteousness, and his compassion on display, Gilbert delivered a rebuke to passers-by for the nonchalant manner with which they filed past the woman.

Singaporeans have hearts. We are kind and generous. Even if we were reticent initially, our love comes pouring out in droves countless times.

It’s safe to assume that most stepping off the buses at that point would be heading home after a day of work or school. It is pompous of anyone to assume one’s own definition of help and lament that no ‘help’ was offered.

‘Help’ can be as simple as allowing others to be, no photos, no pitying glances, no exploiting their difficulties to bolster one’s seemingly great social presence.

Sure, there can be more help offered. More concern given.

On this, Gilbert is late on the scene. Officers from the Social Service Office had already approached the woman a number of times with offers of help, as did other government agencies and community partners. However, she has declined all offers of help.

And as it turned out, the woman owns an HDB flat.

This isn’t the first instance whereby truth was skewed with a heavy dose of self-righteousness on Gilbert’s part, and compassion its selling point. If we just retrace our steps a couple of months back, we’ll see a similar thread. Same saviour complex, same implied hints of incompetency of other agencies. The only difference is the individuals exploited.

Way back in February this year, Gilbert used compassion to call for donations. The recipients in question was a single mum with 6 young children who, according to Gilbert’s post, were evicted from their rental flats.

Large sums of money were collected in donations. According to Gilbert, there was an outpouring of generosity. But the story turned out to be fake. After the story was exposed, Gilbert Goh and The Independent Singapore were POFMA’ed, only $610 were returned by the single mum. Whatever happened to the generous donations?

At the end of the day, let us all be mindful of our intentions, words and others.

Also, let us not forget that no picture does not mean nothing is being done to help the homeless.

Meaningful effective work can be accomplished without lenses trained.

Meanwhile, Desmond Lee perseveres with his colleague Eric Chua, and a great network of people from PEERS to provide support and help for the homeless in Singapore. It is a holistic approach that goes beyond befriending the homeless and sheltering them. The goal is to get them back on their feet again. Never once did PEERS network publish a photo of the homeless people they help because they respect the privacy of the people they help.

May 13, 2022
PrevPreviousRoute to Phase 3 where there is light at the end of the tunnel
NextPSP’s Brad gets sharp rebuke from teammate and COVID survivor for irresponsible conductNext
On Key