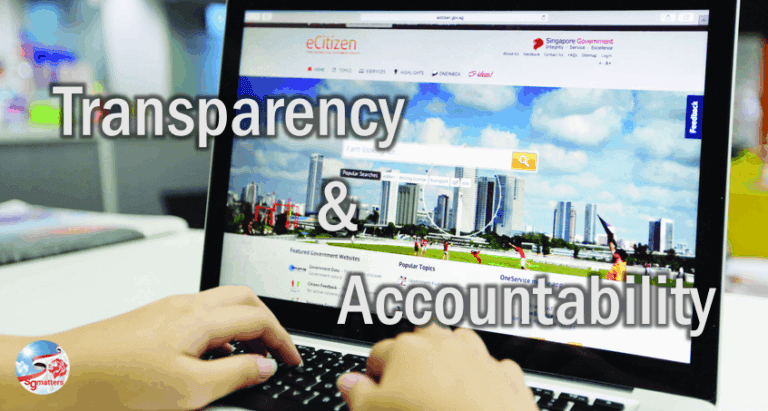 This is how transparency and accountability look like. When an error is discovered, it is not swept under the carpet. The organisation takes efforts to assess the extent of error and steps to rectify it. And this was what PSD did.

In the course of upgrading the Civil Service’s HR and payroll IT systems, the PSD discovered errors in the human resource (HR) records of some civil servants.

These errors were primarily due to human errors in data entry and coding of the HR and payroll IT systems.

The majority of the errors pertain to inaccuracies in the Full-Time National Service duration records of male civil servants.

For the purpose of determining starting salary and service benefits, the Civil Service recognises the ‘fitness cut’ period as part of the NS period of a full-time national serviceman. This has been the case since 2002.

However, the PSD discovered that it was not included in the HR records of some male civil servants.

“This in turn affected their leave and other benefits,” PSD said.

Another error involves inaccuracies in the calculation of Medical Leave Wages for civil servants.  An error in a programme that computes payments some pensioners make when they retire in order to receive annual allowances was also discovered.

PSD’s response to the errors

Following the discovery, PSD worked on tracing and validating the source of the specific errors in the IT systems. It checked through the records of 102,000 past and present civil servants. These date back to the 1990s.

Working with agencies across the Civil Service, it undertook additional checks and re-computations of benefits.

In total, about 3,000 former and currently serving officers in the Civil Service were found to have been under-compensated.

This is about 2% of the civil servants in service over the past two decades.

PSD said the Civil Service will proactively reach out to individuals who have been under-compensated to make good the shortfalls.

The total amount in compensation is around $10 million.

Mr Loh Khum Yean, Permanent Secretary of PSD said, “The Public Service is deeply sorry for the errors and inconvenience caused. We will make every effort to reach out to every adversely impacted individual to apologise for the error, explain the situation, as well as make good the discrepancy. We have rectified the system programming and built-in error detection capabilities to flag potential errors and ensure such inaccuracies do not recur.”

May 13, 2022
PrevPreviousObedient wife acted with complete disregard for Mr Lee’s interests
NextMoving towards Phase 3 in SingaporeNext
On Key