Skip to content
Home » Singapore’s overall population declines by 0.3%, largely due to a reduction in foreigners
Jobs & Livelihoods

Singapore’s overall population declines by 0.3%, largely due to a reduction in foreigners

Overall, Singapore’s total population sees a decline of 0.3% from June 2019 to June 2020 according to data released by the National Population and Talent Division on Thursday (Sep 24).

The non-resident population decreased by 2.1%, to reach 1.64 million as of Jun 2020. The decline was largely due to a reduction in foreign employment in Services from Jun 2019 to Jun 2020.

The proportion of citizens aged 65 and older continues to increase steadily.

The citizen population continues to age steadily, with the percentage of citizens aged 65 and above increased from 16% to 16.8%.

Composition of the overall population 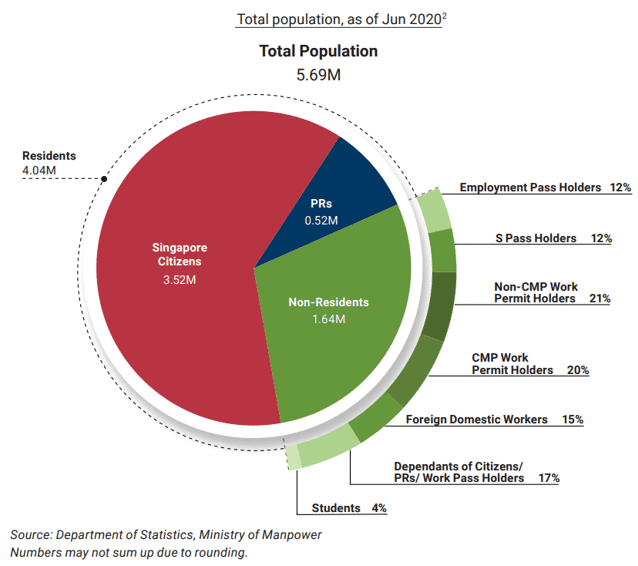 S Pass Holders are mid-level skilled staff with relevant qualifications and work experience. From 1 Oct 2020 onwards, the minimum qualifying salary will be $2,500.

Employment Pass Holders are foreign professionals, managers and executives who need to earn at least $4,500 a month and have acceptable qualifications. The minimum qualifying salary was recently raised from $3,900 to $4,500 from 1 Sep 2020. 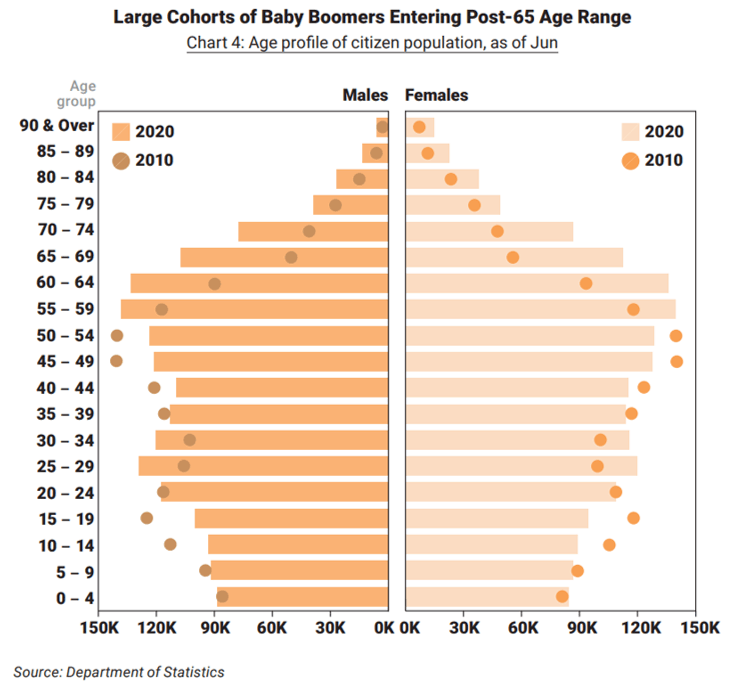 With increasing life expectancy and low fertility rates, the proportion of our citizen population aged 65 years and above is rising, and at a faster pace compared to the last decade. 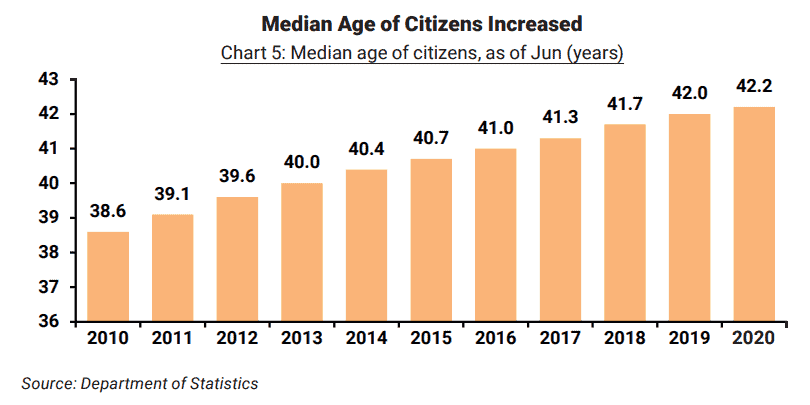 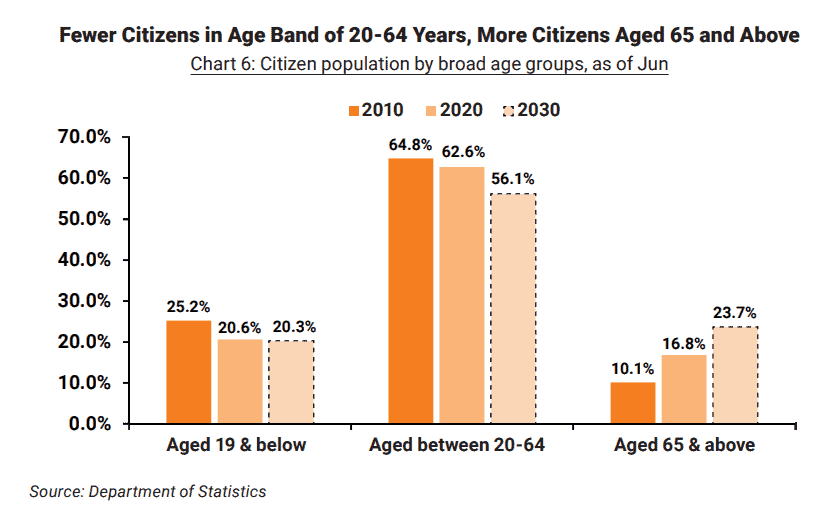 Marriages by residency status of grooms and brides 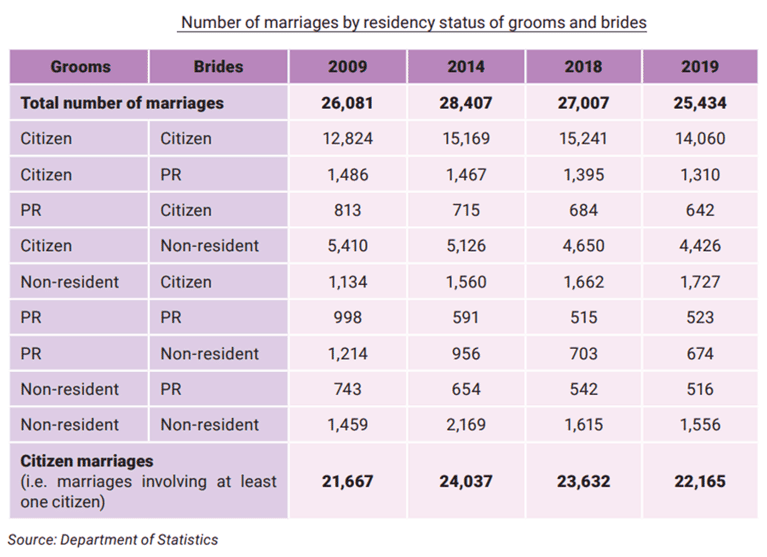 Immigration and citizens by descent

Immigration helps to moderate the impact of ageing and low birth rates in our citizen population and keeps it from shrinking over the longer term.

Permanent residence is an intermediate step by which individuals may take up citizenship in Singapore.

Since the tightening of the immigration framework in late 2009, the number of new PRs a year is kept at about 30,000. This keeps the PR population size stable and provides a pool of candidates who may be suitable for citizenship.