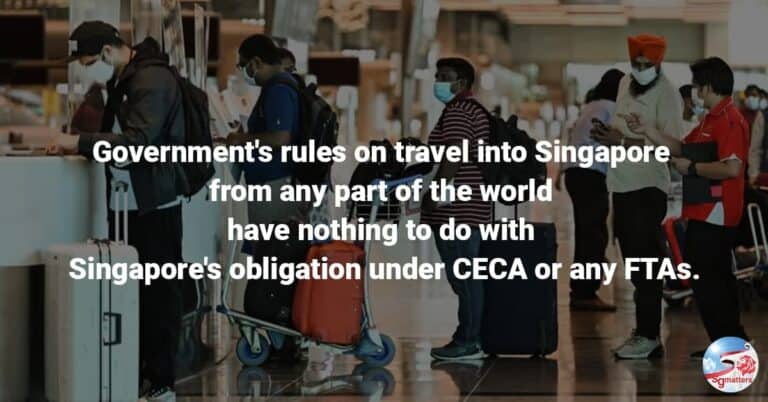 Criticisms of government’s rules on travel should not be confused with Singapore’s obligation under CECA, said Benjamin Ong.

The rights of Singapore citizens and permanent residents (PRs) to enter Singapore from anywhere in the world, including India, have nothing to do with Ceca or any other free-trade agreement (FTA), Benjamin Joshua Ong wrote in an op-ed that was published by Today.

“These rights stem exclusively from Singapore law,” wrote Mr Ong who is an assistant professor of law at the Singapore Management University’s Yong Pung How School of Law.

“Further, under section 9(1A) of the Immigration Act, it would be unlawful for the Government to bar a Singapore PR with a valid re-entry permit from entering Singapore (except on the narrow grounds of public security),” Mr Ong wrote.

The assistant law professor was responding to sentiments expressed by some who have sought to blame the spread of the B1617 strain of Covid-19 in Singapore on the arrival of persons from South Asian countries, including India.

Referring to the misconception that Ceca requires Singapore to allow foreigners (persons who are not Singapore citizens or PRs) to enter Singapore from India, in spite of the pandemic, Mr Ong said that this was untrue.

While Chapter 9 of Ceca obliges Singapore to allow certain categories of citizens and PRs of India to enter Singapore for certain periods, he said that this obligation is not absolute.

He pointed out that this obligation is subject to Singapore’s right to impose “measures relating to public health and safety and national security”. (Articles 9.4 and 9.5 allow Singapore to decide on, and impose, other conditions — for example, that the grant of work passes to foreigners be subject to the Fair Consideration Framework, which requires employers here to consider Singaporeans fairly for jobs.)

“In short, whatever criticisms one may have of the Government’s rules on travel from any part of the world into Singapore, those rules have nothing to do with Singapore’s obligations under Ceca or, for that matter, any other FTA,” Mr Ong said.

“The economic merits of any FTA may certainly be open to debate, as may the issue of whether the rules on foreigners entering Singapore sufficiently protect public health. But the two issues should not be confused,” he stressed.

June 6, 2022
PrevPreviousNo international flights to and from Singapore and India since March 2020
NextBody-worn camera footages demolish TOC’s attempt to cast doubt on Police’s clarificationNext
On Key 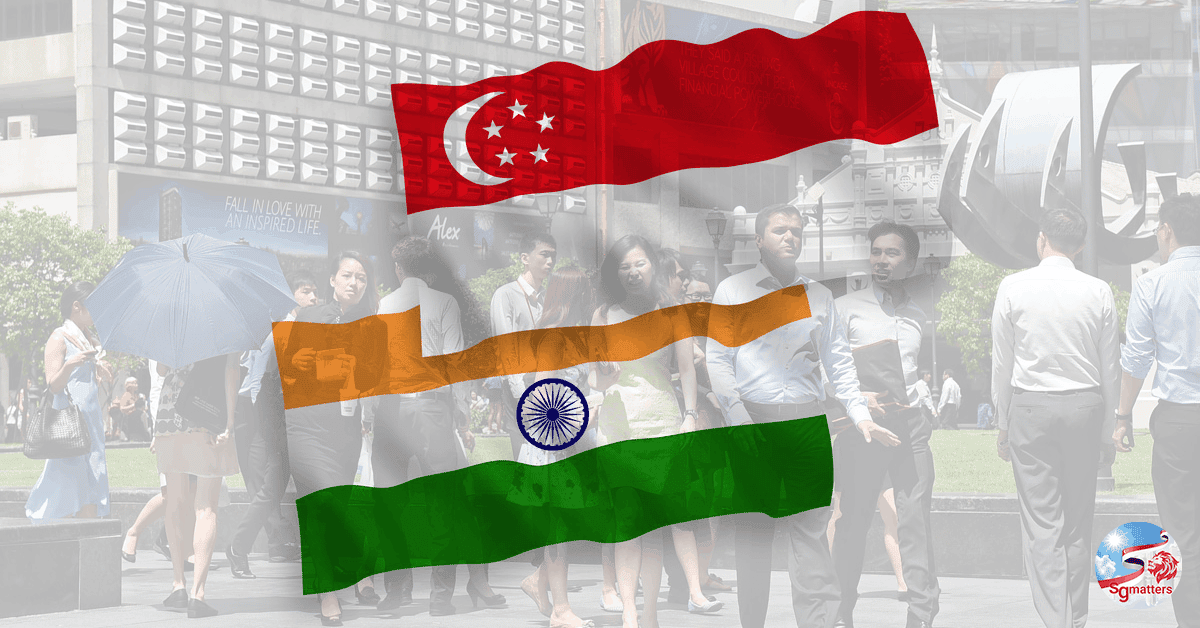 Does CECA take away Singaporeans’ jobs? The short answer is ‘no’.

Singaporeans are anxious about their jobs. There is also a great deal of disruption in our lives and workplaces due to the COVID-19 situation. With 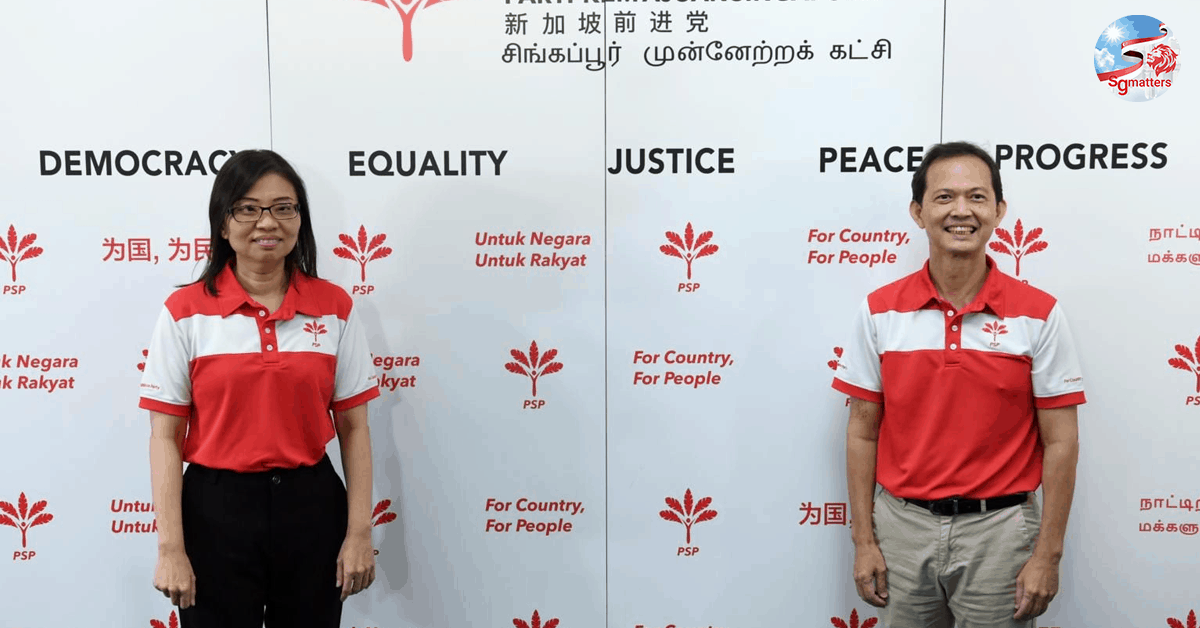 It is clear that PSP got its seat in parliament because it succeeded in stirring a raw nerve among Singaporeans against foreign talent. Dr Tan 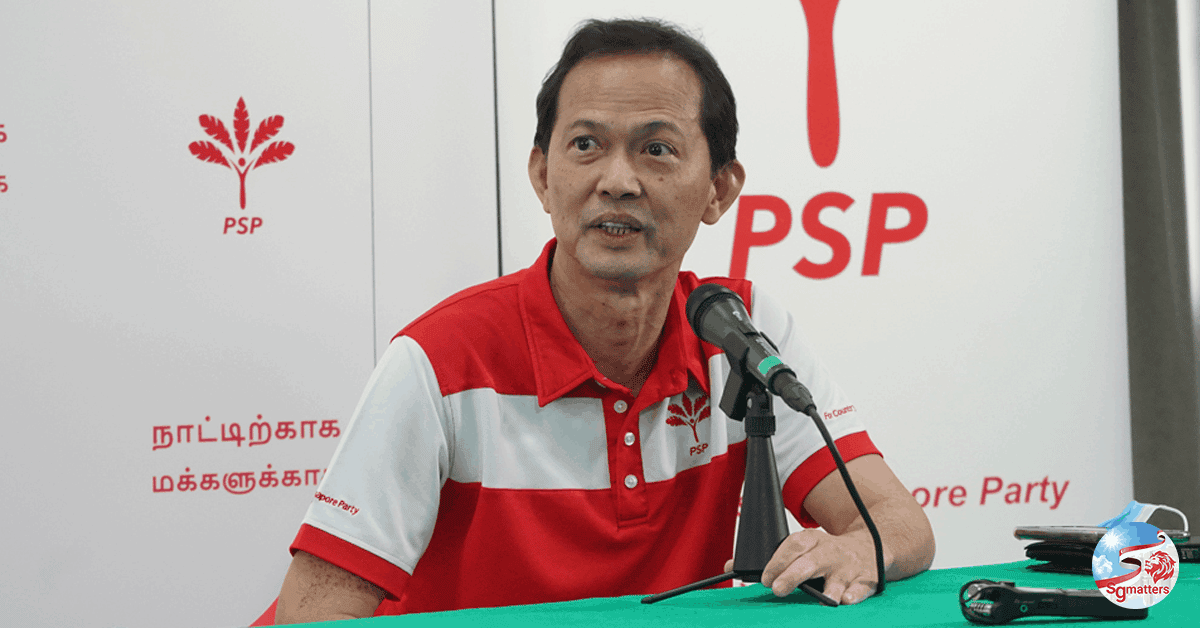 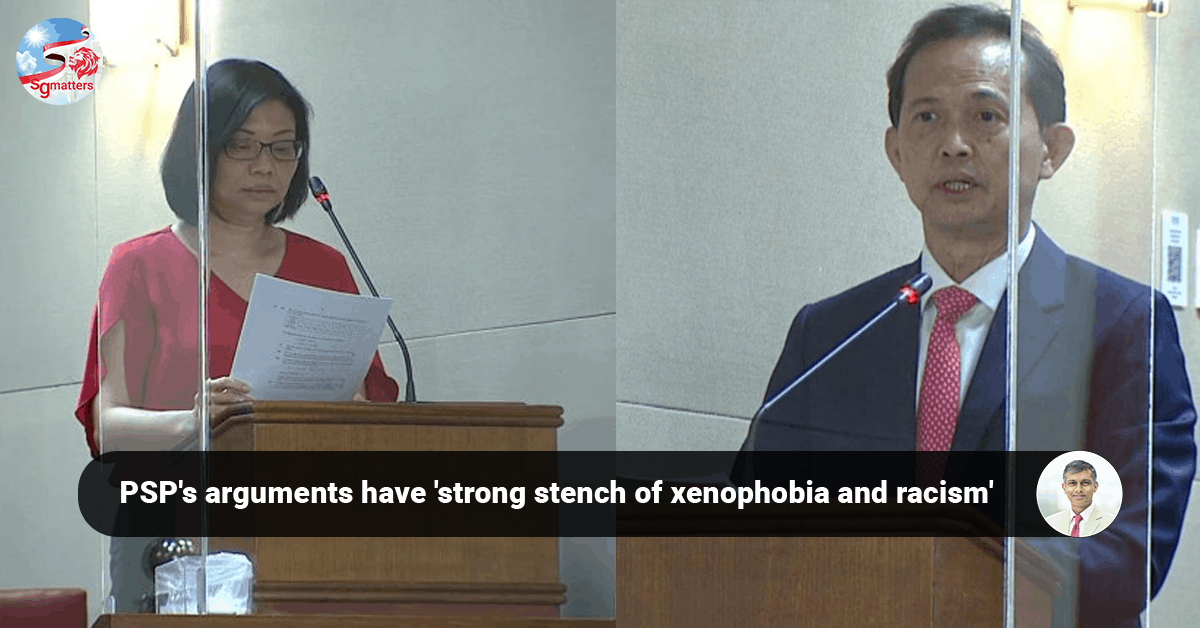 If you want to witness for yourself what ugly populist, conspiracy theorising, fear and hatred stoking politics looks like, watch the parliamentary proceedings and the