World leaders rushed to congratulate US President-elect Joe Biden even as President Donald Trump vowed to press forward with a legal fight.

After the news report, crowds gathered outside the White House to celebrate. 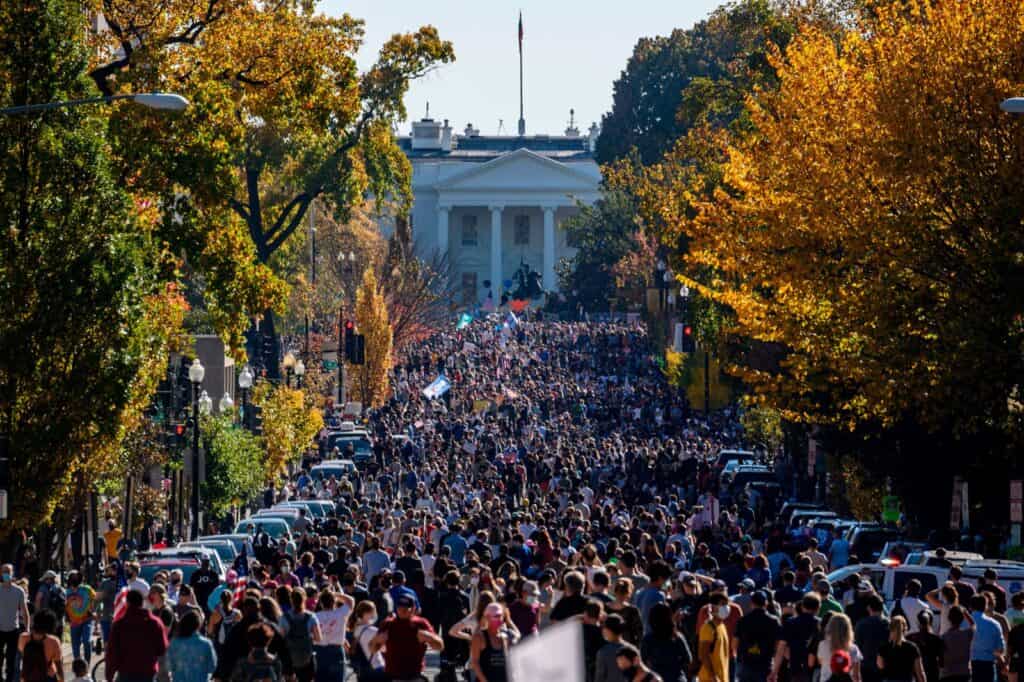 Trump was at his Virginia golf club when various networks projected Biden as the winner. President Donald Trump returned to the White House after spending much of the afternoon at his golf club. Just outside the compound the street filled with people celebrating his loss to President-elect Joe Biden.

Meanwhile, world leaders rushed to congratulate President-elect Joe Biden and looked to reset ties with the US.

Among the first to congratulate Joe Biden was Canadian Prime Minister Justin Trudeau.

Italian Prime Minister Giuseppe Conte said they are ready to work with the President-elect Joe Biden to strengthen transatlantic ties.

UK Prime Minister Boris Johnson described the US as their most important ally and hoped to work closely together on shared priorities like climate change, trade and security. 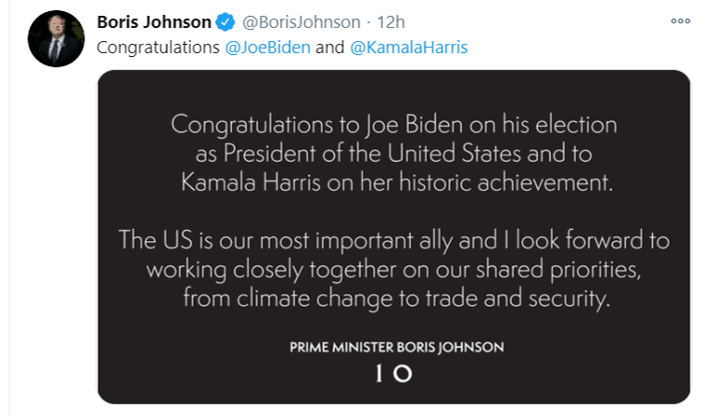 German Chancellor Angela Merkel said she looked forward to working with Joe Biden. “Our transatlantic friendship is indispensable if we are to face the greatest challenges of our time,” she said through her spokesman. 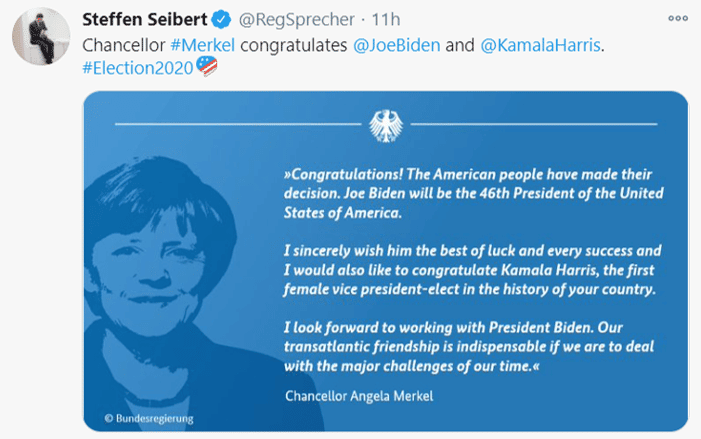 Japan Prime Minister Yoshihide Suga looked forward to a stronger alliance with the US.

“Your success is pathbreaking, and a matter of immense pride not just for your chittis, but also for all Indian-Americans. I am confident that the vibrant India-US ties will get even stronger with your support and leadership,” he wrote.

Holding off congratulating President-elect Joe Biden is Mexican leader Andres Manuel Lopez Obrador.  The Mexican President said that the process is not over until all votes are counted and until legal challenges are resolved.