Security officers perform a crucial function of keeping people and property safe but unfortunately, they often bear the brunt of the abuse. In fact, the abuse has gone up. In the latest survey conducted by the Union of Security Employees (USE), close to 4 in 10 Security Officers (42.3%) face abuse at the workplace. This is a 10% increase in abuse compared to findings from the survey conducted and released by USE last year in 2020. 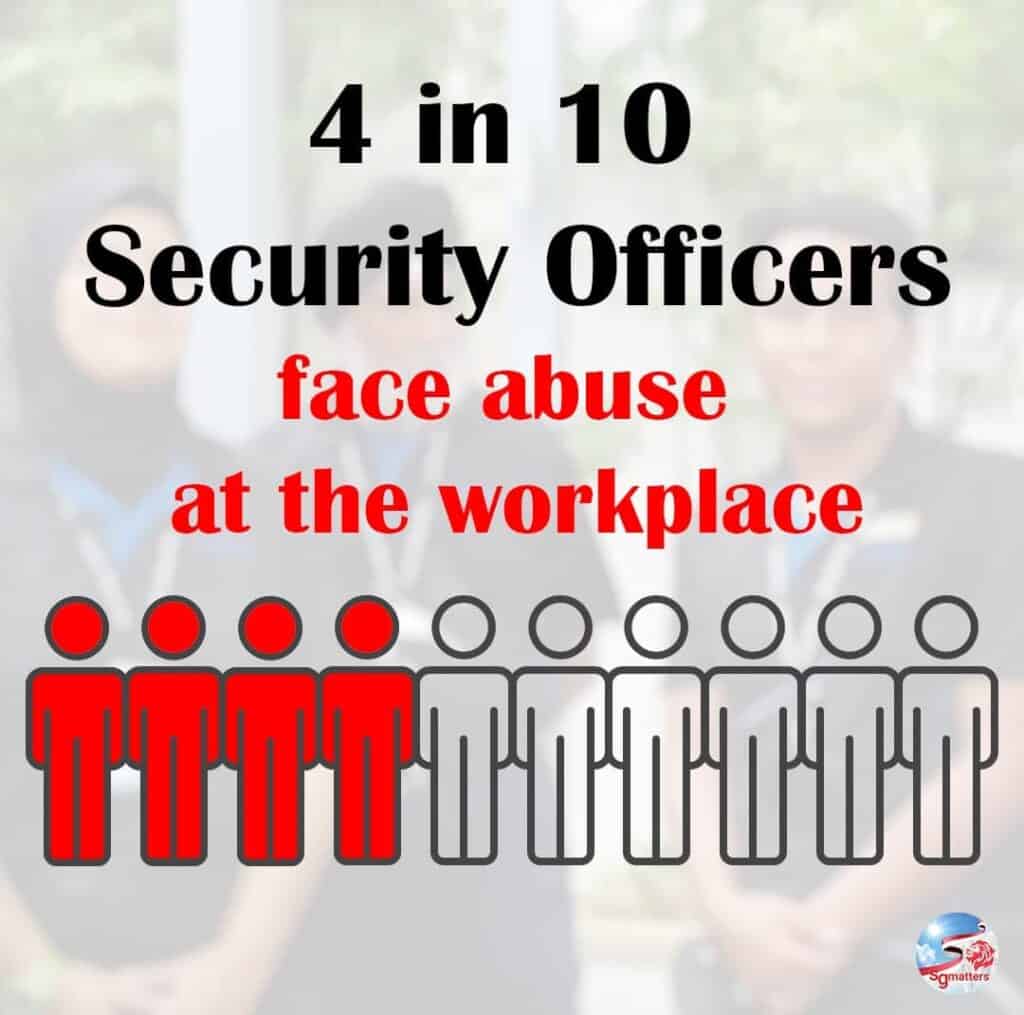 The most common form of abuse is verbal abuse (37.2%). A large proportion of perpetrators of abuse (39.4%) comes from members of the public.

Since the launch of USE’s Mediation Service in 2018, USE has assisted close to 800 Security Officers to resolve employment-related disputes, instances of abuse, or work-related grievances.

“The Union of Security Employees is very concerned with the increase in abuse of our Security Officers. We urge members of public to respect our officers as they are merely carrying out their tasks as prescribed by law. We also encourage buyers of security services to work together with us and our security agencites to protect our officers from abuse, as well as to report such instances of abuse to the Police expeditiously.”

Raymond Chin, General Secretary of Union of Security Employees (USE)

With more than 85% of Security Officers competent in the use of technology at their workplace, USE will launch a new mobile app for the Security Officers to report abuse and work-related grievances to USE’s Mediation Services. Through this app, USE hopes to provide a digital platform that is seamless and accessible for the 50,000 Security Officers across the industry.

The Union of Security Employees will also explore further opportunities for the app to be used as a platform for union and membership related functions.

In addition, USE has been publishing fortnightly ads in the newspaper since 2020, to inform Security Officers of its Mediations Service. The ads also encourage security agencies and members of the public to share any information about illegal manpower practices in the security industry. 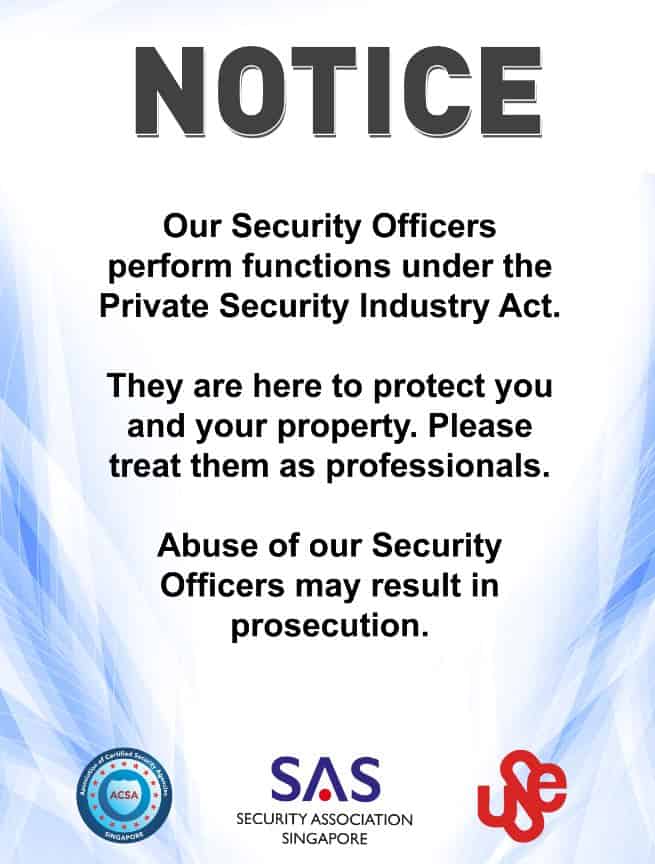 On the bright side, wages continue to remain above the Progressive Wage Model (PWM) recommended levels across the board. This reflects the successful roll-out of the PWM to uplift the wages of the Security Officers.

The Union has been a member of the Security Tripartite Cluster (STC) since its inception. The STC, which introduced the PWM for the security sector, is currently evaluating the existing wage benchmarks, which last reviewed in 2017. It is also critical for service buyers to understand that the increase in wages for Security Officers will also lead to better security outcomes and improvements in their productivity at the worksite.

Despite the increase in the abuse and challenges faced especially during the COVID-19 pandemic, job satisfaction amongst the Security Officers continue to remain high, with the majority of respondents (81.2%) satisfied with their jobs.

USE has also previously organised several security buyers’ engagement sessions to help buyers move away from a cheap sourcing approach based on manpower headcount towards the Outcome-based Contracting Model.

The Union will continue to engage and educate the security buyers with support from the industry partners.

However, security buyers have to also understand that a cheap sourcing approach will lead to poor security outcomes and unsustainable security services in the long run.