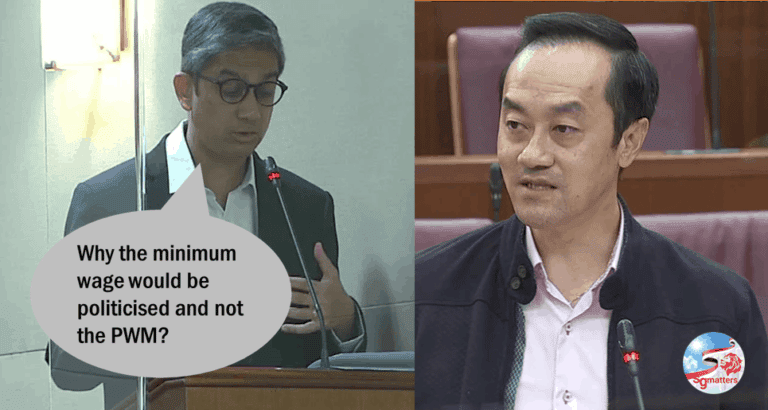 The first risk of a single blanket minimum wage for all sectors is its effectiveness in helping low wage workers.

It is difficult to find the right minimum wage that applies to ALL sectors.

If the minimum wage is set too low, its benefit to workers will be limited and therefore, its purpose of helping low wage workers is defeated.

On the other hand, if it is set too high, then businesses, especially SMEs, cannot afford to pay. They will either have to pass the cost on to consumers or cut back on the employment of workers with lower education or skills, or even go out of business.

Let’s say today, we could all agree to $1300 minimum wage. But what happens next?

Minimum wage setting becomes a political auction. When this happens, who loses?

“When this process gathers momentum and becomes detached from market realities, the minimum wage escalates beyond what employers are able to pay, and the jobs of our more vulnerable sisters and brothers are threatened,” Dr Koh said.

“We can and we should do more to help the lowest paid in our society. But we must go about it in a way that ensures the upside while minimising the downsides. The cure should not be worse than the problem it tries to solve.”

A political auction will price out our lower-skilled workers and disadvantage our smaller businesses.

“This is not an academic issue, and we are seeing this political auction in other countries,” Dr Koh said.

Dr Koh explained that the Progressive Wage Model is not decided by one party. It is decided by a tripartite group. Therefore there is no risk of a political auction.

What is most significant about the Progressive Wage Model is the wage ladder. The PWM is really a sectoral minimum wage set through a tripartite negotiation process involving government, union and other industry representatives.

In addition to setting a minimum wage, they also set wage rungs, giving workers a way to seek out a pay increase by improving their skills. It is a Minimum Wage Plus because it specifies an income and skills ladder that goes beyond the flat minimum.

Its advantage is that it allows for customisation to the needs of a sector. It allows for the setting of a minimum wage that the sector is able to sustain without job losses.

Not ideologically against a minimum wage but a different approach

“Let me state that we are not ideologically against a MW. In fact, the first rung of the wage ladder in the PWM is a form of sectoral MW. SM Tharman has also called the PWM a “Minimum Wage Plus” – Minimum Wage plus a ladder for wages to increase through upskilling.

So the idea of having some form of a Minimum Wage is not new and we share the objective to uplift the incomes of low wage workers. Where we differ is the approach to getting there.”