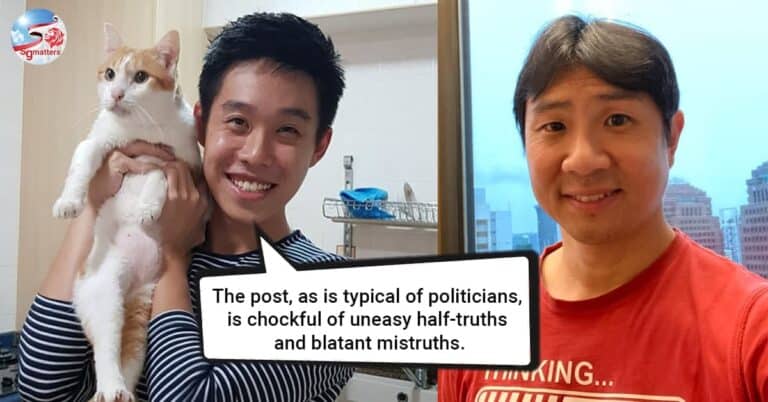 When the economist David Card won the Nobel Prize this past Monday, I quipped to my coauthor Bryan Cheang that The Workers’ Party MP Jamus Lim – an ardent supporter of the minimum wage (MW) – would almost certainly leverage on this piece of news to double down on his fervent support for the MW. Sure enough, like clockwork, he posted a semi-viral post currently circulating in the SG social media doing exactly just that: https://bit.ly/2YOOkIU

The post, as is typical of politicians, is chockful of uneasy half-truths and blatant mistruths.

1. Jamus writes: “what Card and Krueger showed was that the minimum wage did not have any significant, causal effect on unemployment. Their work was so convincing that almost everyone in the profession now accepts that reality.”

This is almost certainly false and anyone who even cursorily studies the academic literature on the MW will know that there is no such consensus in economics. Card and Krueger’s famous 1992 study was an anomaly in the MW literature, and countless empirical studies (like Neumark and Wascher) have disputed its findings since then, which I’ve written about previously: https://bit.ly/3FLbh02

David Neumark and William Wascher conducted arguably the most comprehensive study of the minimum wage to date, which looks beyond the usual employment effects and also to other effects such as the acquisition of skills and longer-term labour market outcomes. This book, published by the MIT Press, comes to an unambiguous conclusion:

“A comprehensive review of evidence on the effect of minimum wages on employment, skills, wage and income distributions, and longer-term labor market outcomes concludes that the minimum wage is not a good policy tool.”

2. Jamus continues: “Their [Card & Kreuger] work also left a practical legacy. All around the world, policymakers were no longer afraid to introduce minimum wage policies, because credible empirical evidence told us that it wouldn’t lead to higher unemployment.”

This claim is demonstrably false. The policy tool of a MW did not fall into the laps of evidence-following 21st century policymakers carefully studying the work of labour economists, like manna from heaven. The MW’s origins are in fact, steeped in an deeply racist history, where politicians sought to protect the employment of majority workers by pricing racial minorities out of labour markets.

Take it straight from the horse’s mouth. Progressive economists Sidney and Beatrice Webb plainly saw the MW as a tool to segregate immigrants and racial minorities who they termed as “unfortunate parasites”:

“With regard to certain sections of the population [the “unemployable”], this unemployment is not a mark of social disease, but actually of social health.” “[O]f all ways of dealing with these unfortunate parasites,” Sidney Webb opined in the Journal of Political Economy, “the most ruinous to the community is to allow them to unrestrainedly compete as wage earners.” A minimum wage was seen to operate eugenically through two channels: by deterring prospective immigrants and also by removing from employment the “unemployable,” who, thus identified, could be, for example, segregated in rural communities or sterilized. (Source: https://bit.ly/3AxESq1)

“In 1925, a minimum-wage law was passed in the Canadian province of British Columbia, with the intent and effect of pricing Japanese immigrants out of jobs in the lumbering industry. A Harvard professor of that era referred approvingly to Australia’s minimum wage law as a means to “protect the white Australian’s standard of living from the invidious competition of the colored races, particularly of the Chinese” who were willing to work for less. In South Africa during the era of apartheid, white labor unions urged that a minimum-wage law be applied to all races, to keep black workers from taking jobs away from white unionized workers by working for less than the union pay scale.“ (Source: https://bit.ly/3BGdesl)

3. Third, David Card himself opposed vigorously the way MW supporters would leverage on his study for political opportunism, as Jamus presently and plainly does. In a past interview he said:

“I don’t go around saying you should raise the minimum wage – yet advocates point to my work to say they should raise minimum wages. That’s one reason why I don’t work on that topic anymore because everyone just assumes I’m advocating for raising the minimum wage, and therefore everything I do will be discredited.” (Source: https://bit.ly/3j01Tw6 and thanks to Phil Magness!)

Of course, that’s not to say that David Card’s contributions should be ignored because his study with Krueger has been refuted. They had novel insights, but the insight was methodological – not empirical. The legendary sociologist Max Weber similarly got the anthropological explanation of modern capitalism wrong (he hypothesised that it was caused by a Protestant ethic, plainly debunked by the Asian Tigers), but his enduring legacy laid in his methodological insight of how social scientists could study beliefs and culture to understand economic development and growth.

(For those with a serious interest in economic education, see Alex Tabarrok’s excellent blog post on the recent Nobel win: https://bit.ly/3aD86Ju)

4. Finally, Jamus celebrates the PAP’s recent policy that mandates a $1400 wage floor for locals for companies that engage in foreign employment.

I’m not exactly sure why this is praiseworthy. Just like the historical use of the MW, this quasi-MW benefits Singaporeans at the expense of foreign workers coming from far poorer, and destitute countries. But of course, foreigners don’t vote, which makes the MW a politically expedient tool for politicians to exploit