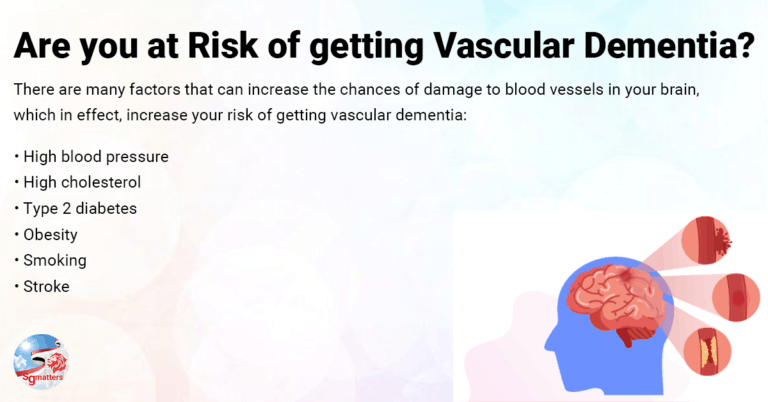 Dementia is like a life sentence, a silent robber, robbing you of you abilities and memories, leaving pain all around.

The signs and symptoms of vascular dementia are the following: 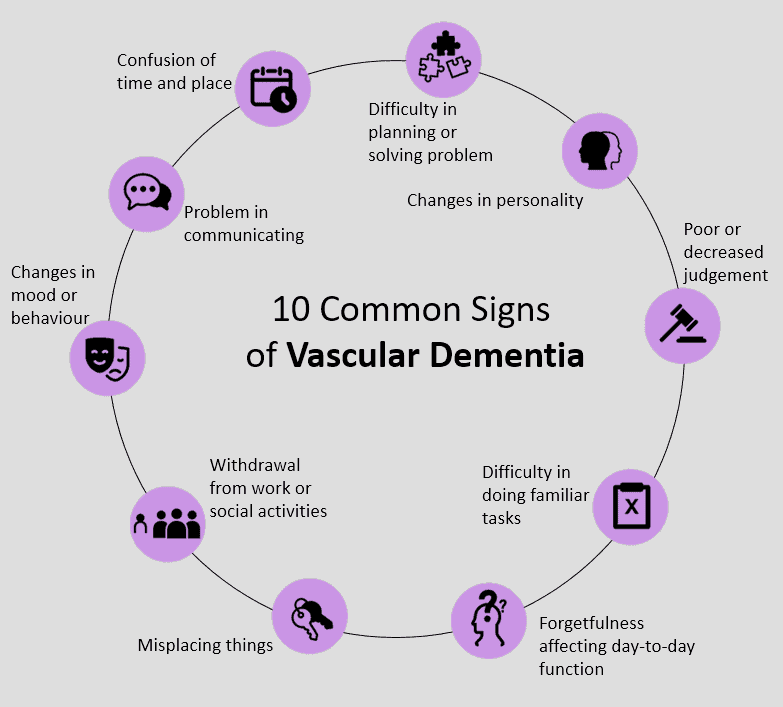 To take steps to lower the risk of vascula dementia, you need to know what causes it.

Vascular dementia is caused by reduced supply of blood to the brain due to damaged blood vessels. Brain cells are thus deprived of vital oxygen and nutrients. The consequence of this is progressive memory loss, decline in intellectual ability and personality changes. The person’s ability to think, learn and make decisions is thus affected.

Factors that increase the chances of damage to blood vessels in your brain include:

High blood pressure puts extra stress on blood vessels everywhere in your body, including your brain. This increases the risk of vascular problems in the brain.

Elevated level of bad cholesterol (low-density lipoprotein or LDL) can cause cholesterol to lodge in the artery walls and form plaques. This leads to a narrowing of the blood vessels.

Vascular dementia can also be caused by small vessel disease. This happens when the small blood vessels deep within your brain become narrow and clogged up. The damage stops blood from getting to parts of your brain. This damage can build up over time and may cause signs of vascular cognitive impairment. This can eventually lead to vascular dementia.

Diabetes increases the risk of small blood vessel disease. The high glucose levels damage blood vessels throughout your body. Damage in brain blood vessels can increase your risk of stroke and vascular dementia.

The heart of an obese person has to work harder to pump oxygen and nutrients to every part of his/her body. Obesity is in fact a major risk factor for the development of type-2 diabetes, asthma, hypertension, stroke, and heart diseases.

Smoking directly damages your blood vessels, increasing your risk of atherosclerosis and other circulatory diseases, including vascular dementia.

When stroke happens, the blood supply to part of the brain is cut off, killing brain cells. The damage from a stroke can cause problems with memory and thinking. For many people, these problems improve over time. If the problems don’t improve or get worse this may be a sign of vascular dementia.

Vascular dementia can also be caused by a series of small strokes. These result in lots of small areas of damage in the brain. Often, these strokes can be so small that they occur unnoticed. These are known as silent strokes.

What can you do to lower your risk of vascular dementia?

What can you do to lower your risk of vascular dementia? Nothing difficult that is beyond your abilities.

Exercise also helps to increase the good cholesterol (HDL) in the body. It also decreases your risks of heart diseases, stroke and diabetes.

Stick to a healthy diet because you are what you eat. 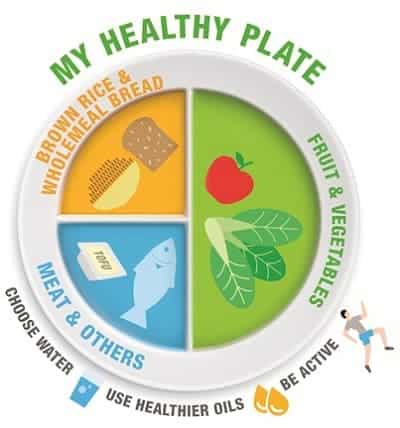 A healthy diet would look like this: Half of your plate filled with fruits and vegetables, a quarter with wholegrains and a quarter with protein-rich food such as meat, fish and tofu.

Mental decline is not an inevitable part of ageing. Our brain has the capacity to develop new cells that can help enhance cognitive functions. It is possible to keep your brain in shape and to cope with changes in your mental ability. There is some truth to the saying “use it or lose it”. The more active your brain is, the better your memory is likely to be. You can stimulate your brain by learning new things, pick up a new skill, be socially engaged or play some mind-stretching games.

A happy person is a healthy person, so stay socially engaged. Widen your social connection. Join some group activities.

Sleep is important but unfortunately, lots of people sacrifice it to spend hours on unbeneficial social media activities. Sleep deprivation increases the risk of dementia.

Try to get 6 to 8 hours of sleep each night.

6. Take control of your health

Quit smoking. Cut down on the alcohol intake.

Read also  Your health is only as good as your arteries. Start exercising.