Yipeng is polite, gentle and determined, says his aunt

Li Yipeng, son of PM Lee Hsien Loong, was born on Oct 7, 1982 with Asperger’s Syndrome confounded by Albinism which means he had no pigment on his skin and eyes, and his vision would be impaired.

PM Lee Hsien Loong had phoned his father after Yipeng was born to tell him about the baby’s condition, and added: “He will not be able to do national service.”

It is now April 2011. Yipeng is a polite, gentle and determined young man of 29, a graduate of the National University of Singapore. He is still undecided about what career he wants to take on. He assures me that he does not want a routine job but one where he can contribute to society.

Hsien Loong got over his grief and married Ho Ching, who has two sons, both now studying at the Massachusetts Institute of Technology. She has been a kind and sensible mother to Ming Yang’s two children as well as to her own. She has been a filial daughter-in-law and a kind and very considerate sister- in-law. 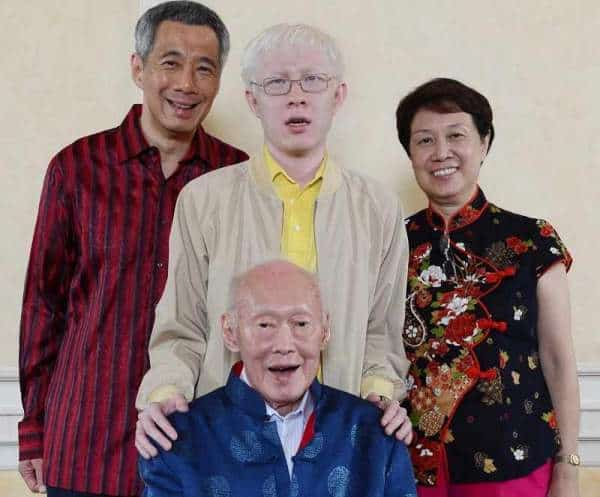 Mr Lee Kuan Yew wrote in Hard Truths that Yipeng did well and graduated from university because of the personal attention of Ho Ching and Lee Hsien Loong.

Ho Ching had scouted around for a secondary school that will look after him and accept him with his disadvantages and accept him as a strong boy in class.

“He was sent to Dover Court Preparatory School, run by the British…… For secondary school, the mother, Ho Ching, carefully looked for a principal who would look after him, accept him as a strong boy in the class. Many schools just said no, we don’t have the resources. He went to Zhonghua, not a popular school. The principal was compassionate. He’ll take him. And Yipeng flourished. Passed his ‘A’ levels eventually, took more time, more years because he’s disadvantaged, can’t see well……….”

A fine young man and a lovely family

Here's a lovely family that is proud of their fine young son and grateful to the teachers and principal of Zhonghua Secondary School where he was a student.

His course mates in university found him thoughtful

Because of his very poor eyesight, he would squat on the floor at the front row of the lecture theatre to see. Explaining why, he said:

“oh. I have really bad eyesight cos I am albino. I need to be really close to the screen to see but I don’t want to block the rest of the class, so I’ll squat.” 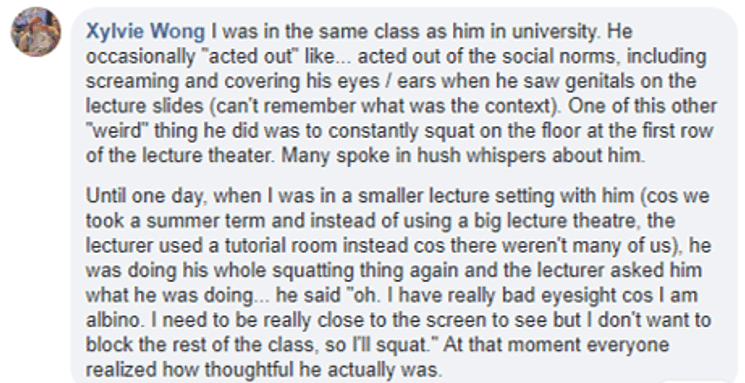 His thoughtfulness was shown in action when he comforted his grandfather during his grandmother’s funeral. 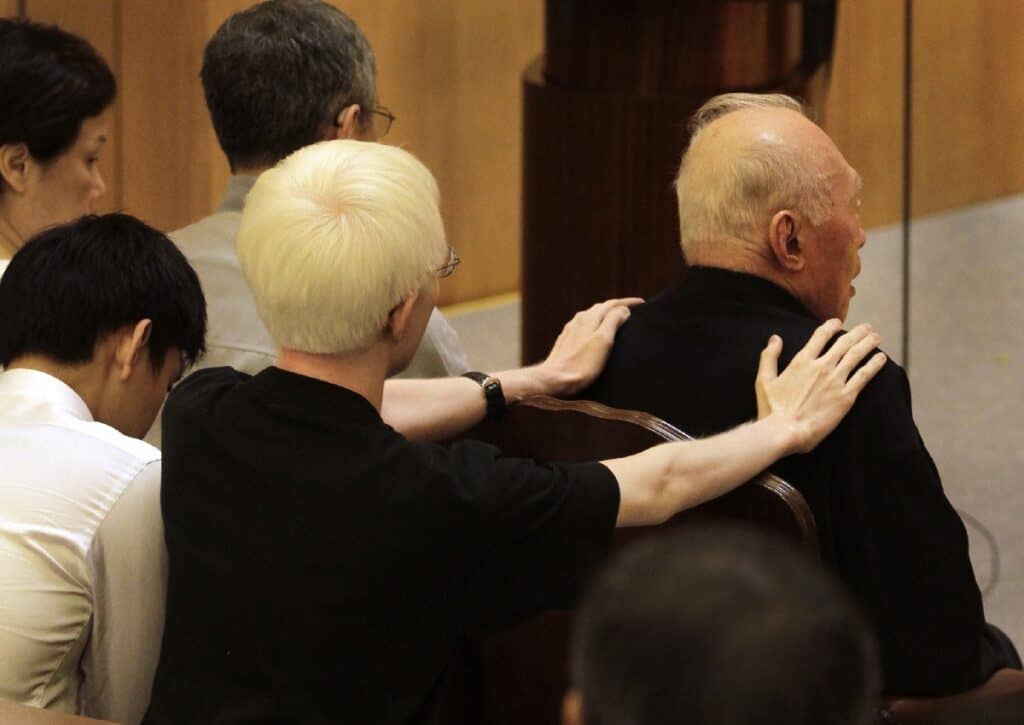 I think when my son’s (Lee Hsien Loong) wife died. His whole tent collapsed. The pole was struck down… I said at the end of the day you have to move on. Moving on means you have to find a woman who will marry you and accept these two children… I said, “You better make sure that she accepts your two children otherwise it’s a real misery. You’ll be sad, your mother will be sad, I’ll be sad.” Ho Ching came in fully aware that she’s walking into a family. She has been a good mother to the children. In fact, she’s bent over backwards for them, as a result of which my granddaughter has not enough discipline……”

In bad taste and totally uncalled for. A very bad reflection on the person of Suet Fern. Many grandparents will gush…

Singaporeans respond to new restrictions ahead of CNY 2021 celebration