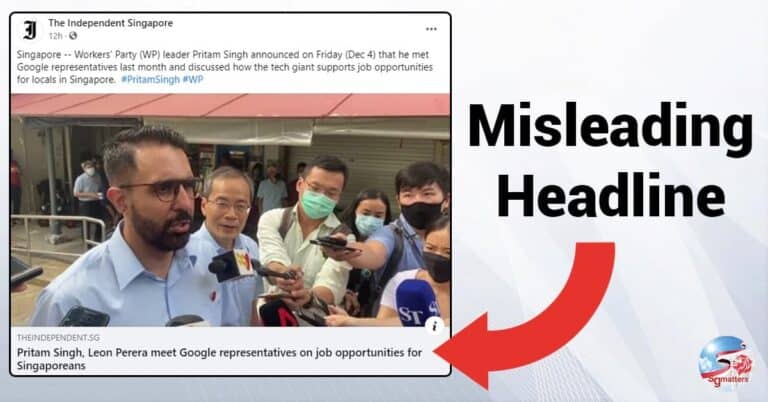 In a Facebook post on 3rd December, Workers’ Party (WP) chief Pritam Singh, shared that he met with Google representatives last month. Over lunch, they discuss how the tech giant supports job opportunities for locals in Singapore. The Google team told Mr Singh and fellow Aljunied GRC MP, Leon Perera, that it has some initiatives in the works to support Singaporeans in the job market. 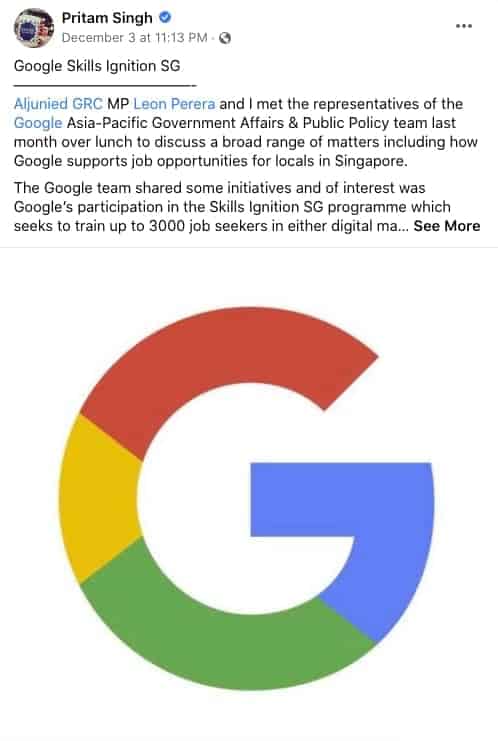 Mr Singh highlighted the Skills Ignition SG programme for 3,000 local entry-level and mid-career jobseekers and encourage people to apply for it.  The programme is aimed at boosting their employment and employability outcomes.

To date, the Singapore Government has rolled out a slew of strong support programmes for Singaporean jobseekers at neck-breaking speed!

Not surprisingly, the Leader of Opposition’s post on the initiative soon drew notes of appreciation from fans. 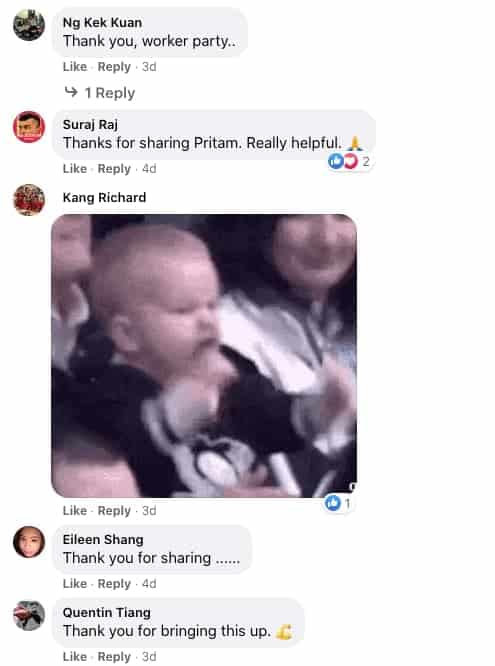 But sharp netizens were also quick to point out that the initiative was already launched on July 20 – more than four months ago. 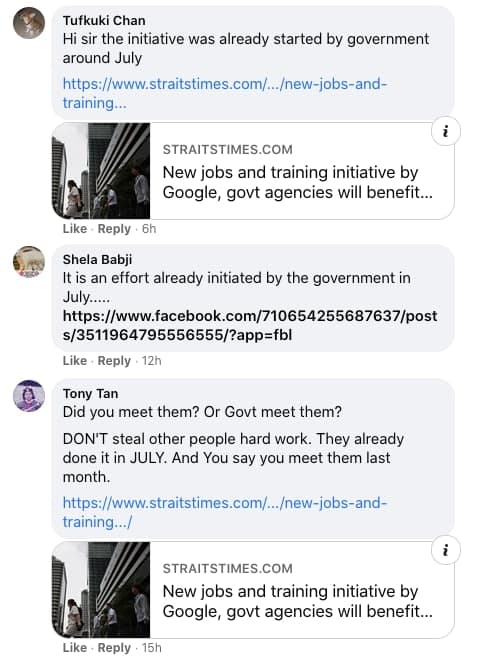 Many had probably thought the upskilling programme was Workers’ Party’s initiative. This is likely due to the misleading headline from The Independent’s article on Mr Singh’s meeting with Google representatives.

The article devoted a large portion elaborating on the Skills Ignition SG programme but with zero mention that the programme was an initiative between Google and government agencies. This deliberate omission gives a false impression that it was a WP initiative.

It is also interesting to note that Mr Pritam Singh also neglected to mention in his Facebook post that Skills Ignition SG was an upskilling initiative launched by government agencies, Economic Development Board, Infocomm Media Development Authority and SkillsFuture Singapore (SSG) in conjunction with Google.

Why did he not mention this? He should give credit where credit is due. The Singapore Government and civil servants work very hard during this pandemic to create tens of thousands of jobs and opportunities for Singaporeans, including the Skills Ignition SG programme. It is not a small feat.

The misleading headline from The Independent Singapore is helped by Mr Singh’s omission to attribute the initiative to the government.

Mr Singh’s ‘announcement’ comes more than 4 months after the launch of the initiative on 20 July.

Well well, if you had not been following the news, you would have missed the deadline for the first round of applications. Mr Singh could have shared on this initiative back in July huh.

It took some time but Singaporean workers are finally embracing lifelong learning. Like they say, it’s better late than never. It took Covid-19 to provide that much-needed nudge and the recognition for the need for re-training and upskilling in the face of accelerated digitalisation. This will only lead to more job opportunities.

Aside from being misleading, and free-riding on a government initiative, it is good to know that Workers’ Party is aligned to the Government’s efforts to push for upskilling for Singaporeans!

Now, there is never a better time to equip yourselves with the skills you need to be job-ready in Digital Marketing or Cloud Technology!

May 13, 2022
PrevPreviousWho is Yeo Wan Ling? The new MP from Pasir Ris-Punggol GRC wants you to reach for the stars
NextThis is my Singapore where talent counts more than parentageNext
On Key