Why WP Raeesah Khan must provide information for police investigation 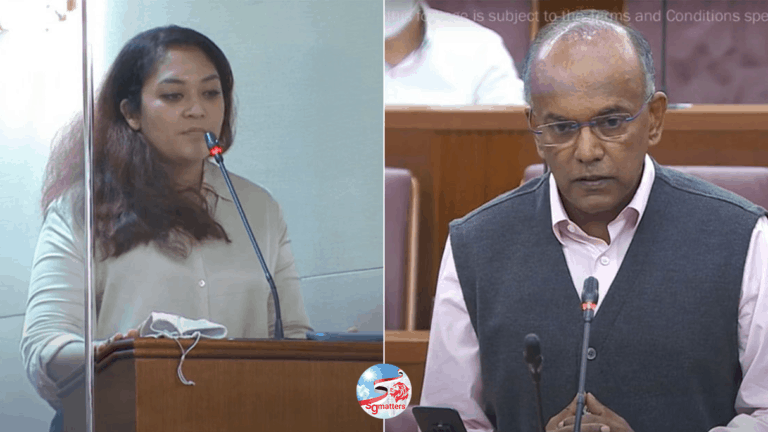 WP Raeesah Khan must provide information to police so that a proper investigation can be carried out on her allegation of the police’s mishandling of a sexual assault case. This is because she made the allegation in a place no less than Parliament where every word is on record.

Not to carry out an investigation is to allow a record to stand unchallenged. If police are innocent, this record will be an unfair and unjust permanent stain on the police. If police had indeed mishandled the case as she alleged, an investigation will allow the due disciplinary process to follow. This is important to maintain the high standard of integrity and trust in the Police.

On 3 August, Ms Khan had told the House during a debate on empowering women, that she had accompanied a 25-year-old rape victim to make a police report three years ago. She alleged that the police officer who interviewed the victim had made inappropriate comments about the victim’s dressing and the fact that she was drinking.

In Parliament today, Law and Home Affairs Minister K Shanmugam asked Ms Khan to disclose various details of the alleged incident, including which police station she had accompanied the victim to, the police officers involved, whether she had brought the incident to the attention of the police or filed a complaint, as well as the rough date of the incident.

He said police had checked their records and found no cases that fit Ms Khan’s description.

“Can I ask for Ms Khan to confirm in this House that everything she has told us is accurate, that she did accompany such a person and such an incident did happen?” he asked.

“The Government is very serious about making sure that the police do the right thing. So if they haven’t behaved well, then we must discipline them. That means investigating what happened, identifying the office involved, that’s how we have maintained an excellent Home Team,” Mr Shanmugam added.

Ms Khan repeatedly declined to reveal any details including the police station they went to. She cited confidentiality concerns as the reason. She also said that she has not been successful in contacting the victim.

Her refusal to provide any information does not augur well for debates in Parliament where members are expected to come to Parliament, ready to substantiate what they said. Having chosen Parliament as the platform to make a very serious obligation the Police, surely she expects the government to take her allegation seriously and to follow up on it with an investigation?  The contrary is taking place. Having made an allegation, she does not want the government to follow up on it.

Mr Shanmugam said he would leave the matter for the time being, but added that the police will continue to investigate further.

“The officers in charge in the police will interview Ms Khan, and any allegations of misconduct concerning specific officers will be referred to SPF (Singapore Police Force) internal affairs office for further investigation,” he said.

May 13, 2022
PrevPreviousPSP’s performance or lack of it gives opposition a bad name
NextRule of law and WP Raeesah Khan’s refusal to comply with Police’ request to arrange for an interviewNext
On Key