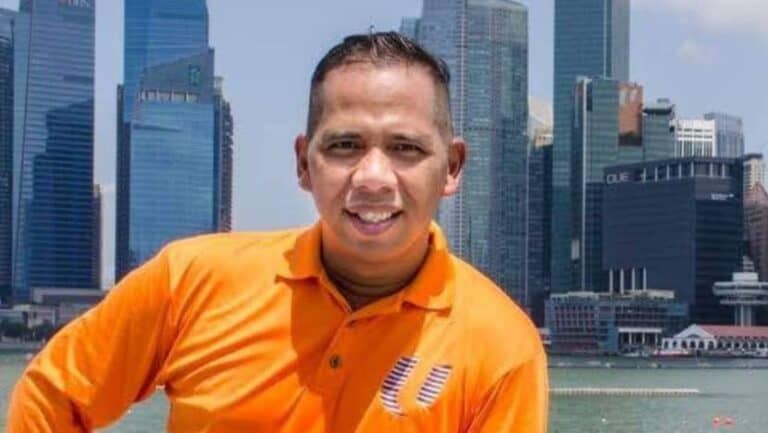 “Why should workers pay $9 a month for union membership?” and “What should I tell my children about the future of work?” were just some of the questions Nominated Member of Parliament and Unionist Mr Abdul Samad were asked over an hour long podcast interview with Plan B. He is the 13th NMP to represent the NTUC and is one of its 3 Vice-presidents. In the podcast, he shared his interesting experience as a union leader with over a decade of experience. Here are 5 candid moments we caught.

He candidly mentioned that he had no knowledge and awareness of what the union does for workers when he first became a member. In fact, when he first joined in 2003, he wondered why he had to pay and what benefits it would give him… Mr Samad was also quite reluctant when in 2006, he was asked by his fellow colleagues to stand for union leadership. He joked that perhaps it was because he was a “loud hailer” and was therefore egged on by his colleagues to speak up and represent them!

He gives us a glimpse into the future of work

What should the new generation prepare for? Mr Abdul Samad shared how workers of the future need to make use of technology: It will make you a better worker, a more productive worker. It will help you work smart and open doors of opportunities overseas because you are digitally connected. Companies might close down but if you continually upskill, you will have an advantage to be able to shift because of the knowledge and skill sets you have learnt.

He isn’t so easily “tricked”

On the topic of upskilling workers – he exclaims that it is every union leader’s dream for workers to get jobs that pay higher wages.  Samad goes on to explain that there should always be a gradual increase and that is communicated to the companies.

His “warning” to companies – “You want my workers to train, okay. But don’t give me the general statement that when workers get training they are more employable. The company will gain more when the upskilled workers are more productive and that productivity sharing has to go back to the workers themselves.”

This ties in nicely to the Progressive Wage Model that is meant to uplift the wages of lower-wage workers by mapping out a clear career pathway for their wages to rise along with training and improvements in productivity and standards. The recent recommendations by the Tripartite Workgroup on Lower-Wage Workers (TWG-LWW) also list out 18 recommendations on how to boost and sustain wage growth for LWW.

He is focused on worker and employment-related issues – for the rest, he just listens and learns

Mr Abdul Samad prompted a round of laughter in the studio when he quipped “Not every (Parliament) sitting I will speak. I’m very focused on workers and employment-related (issues). Things I’m not aware of, I better just shut up and learn”.

He reiterates that his role is to make sure to highlight what the union has been doing and that as an NMP, he is responsible for collating feedback from the ground and surfacing portions of the bill that needs to be tweaked.

“Union leaders don’t play to the gallery. We just want to make sure we get the job done.”

To put it simply, there is strength in numbers. Mr Abdul Samad explained that when more people sign up for union membership, it means that the unions can represent a larger percentage of workers and it helps unions negotiate better on behalf of workers. He shared a poignant instance of how a company CEO told the union leader not to teach him how to run his company but was met with a retort that the union leader was not teaching him how to run his company but teaching him how to respect the workers.

He assured listeners that the union is doing their best to make sure workers have good job opportunities and laid out that the union was working towards the target of representing 1.5 million members.  His parting words:

“We are workers like you. We sacrifice our time so your career in terms of 3 Ws: Wage, Welfare and Work Prospects will continue to be our DNA.”

May 13, 2022
PrevPreviousSecurity officers are vital partners of the Home Team
NextPWM for waste management to take effect in July 2023. Wages to grow by 48% over a 6-year period.Next
On Key