A recent investigation by international news agency Reuters, revealed that China’s embassy in Washington pressured business executives to urge members of Congress to weaken or drop specific Bills that would enhance US competitiveness in the semiconductor industry.

In the brazenly worded letters, Chinese officials warned senior executives at US companies that they would risk losing market share or revenue in China if such legislations passed into law.

Clearly, Singapore is not immune to it. We have been the subject of such favours from China, from Russia, from the US and the UK, as Home Affairs Minister K Shanmugam revealed in a speech at the RSIS Conference on Foreign Interference Tactics and Countermeasures in September this year.

Way back in 1971, the Singapore Government shut down Eastern Sun, an English language daily after its arrangement with the communist news agency was exposed. The paper was launched by Aw Kow, the son of one of the Tiger Balm Aw brothers. He received HK$8 million from a Communist intelligence agency from Hong Kong. The funds were provided on the condition that it would not oppose the People’s Republic of China on major issues and publish news items of the communists’ choice. When the funding was exposed by the Singapore Government, Aw Kow admitted that it was true. 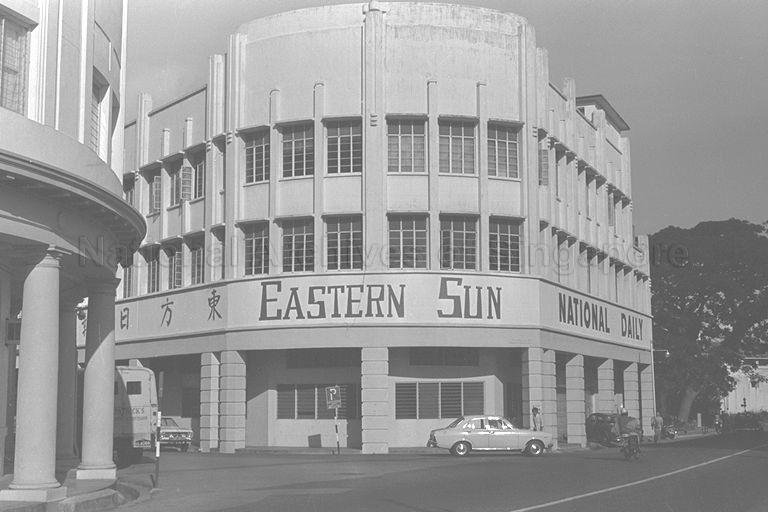 But China is far from the only state actor to try and influence our domestic policies.

In 1971 too, the Singapore Herald was accused of spreading misinformation to stir feelings against Singapore’s national service policy. The paper had as its primary investor, the then Malaysian High Commissioner to Australia, Donald Stephens. Donald Stephens was also once the chief minister of Sabah. This source of funding was not known to the Singapore Government initially. Then Foreign Minister S Rajaratnam accused the paper of trying to erode the will of the people of Singapore. The government revoked The Singapore Herald’s licence in May 1971, about a year after the paper started.

In 1987, Hank Hendrickson, who was the First Secretary (Political) in the US Embassy, was expelled from Singapore for meddling in domestic politics. Hank had cultivated several Singapore lawyers and urged them to “contest the elections against the government”. One of them was then Law Society president Francis Seow who was assured of refuge in the US should he run into difficulties with the Singapore Government. As it was, things did not turn well, and Francis Seow did seek refuge in the US – political asylum and eventually US citizenship.

More recently in 2019, Singapore expelled Huang Jing, who was described as an ‘agent of influence’. He was a professor at the Lee Kuan Yew School of Public Policy, and was said to be in contact with foreign intelligence organisations and agents. He was accused of trying to influence the decisions of senior Singapore officials by passing them “privileged” information. Dr Huang is an American citizen who was originally from China.

Foreign interference can come in many different ways. In 2018, a group of activists from Singapore met with Dr Mahathir in Putrajaya. The group included former student union leader Tan Wah Piow, Dr Thum Ping Tjin, activists Kirsten Han and Jolovan Wham and comic artist and ex-Malaysian-turned-Singaporean Sonny Liew. PJ Thum urged Dr Mahathir to bring democracy to Singapore, among other countries. PJ Thum had also said at various times in his social media posts that Singapore should become part of Malaysia, and celebrate Independence on 16 September – Malaysia Day. Together with Kirsten Han, he had set up an organisation called New Naratif which is significantly funded by a foreign foundation and received other foreign contributions as well. 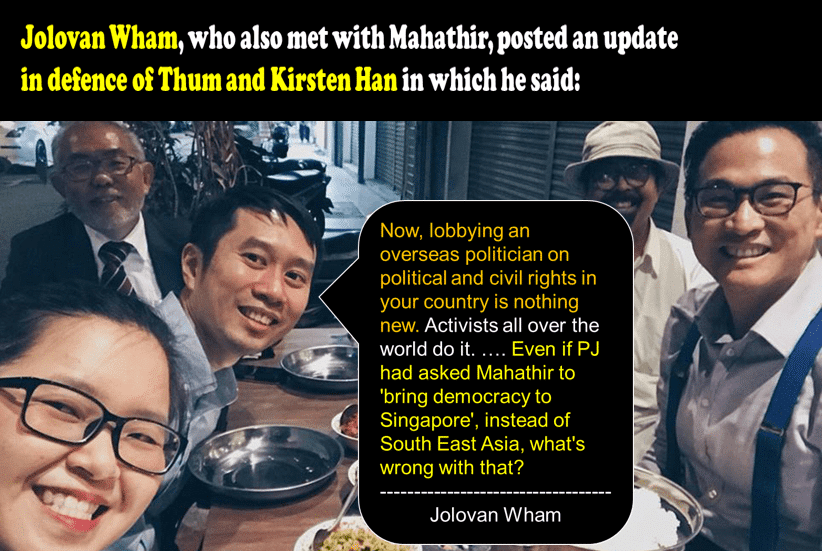 Fresh on our minds is the cancellation of the class licence for The Online Citizen (TOC) which has refused to be transparent about its funding sources. TOC had employed foreigners, including Malaysians, to write almost exclusively negative articles on Singaporean social and political matters, including inflammatory articles that seek to fracture social cohesion. These articles included a call for Singaporean civil servants to follow the example of Hong Kong civil servants in protesting, and attempts to smear the reputation of the Singapore Police with falsehoods and fabrications.

The extended peace we have enjoyed over the decades, threatens to lull us into a false sense of security. Ever so often, we are rudely awakened by revelations like these. These revelations of foreign influence campaigns are sober reminders that every day, foreign agencies work to coax, and where necessary, coerce us into a posture of compliance.

Sun Tzu wrote in the Art of War, “To subdue the enemy without fighting is the acme of skill”. That is the very goal to which agents of foreign influence strive to achieve: to subdue us without firing a single bullet. So that by the time they sail their warships onto our shores, our population would have been subdued mentally, spiritually, and economically.

Foreign powers have, and always will see smaller states like Singapore as pawns in a larger game of global influence. The colonial empires of Japan, Britain, and Germany did in the 1900s. The United States and the Soviet Union did during the Cold War. As we enter a new era of global competition, foreign governments will continue to do so – and FICA is our first line of defence

Read also  FICA: Shanmugam disappointed there was no debate from WP on issues he raised
Advertisements
FICA, foreigninterference