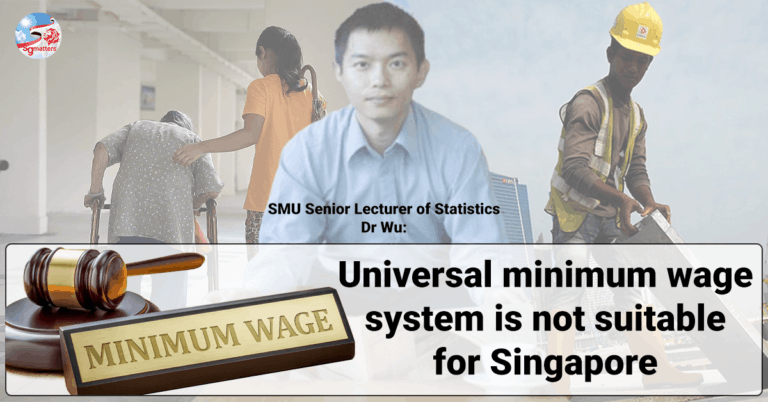 In a forum letter published by Lianhe Zaobao, Dr Wu Zhengxiao, a Senior Lecturer in Singapore Management University (SMU) explained why universal minimum wage system is not suitable for Singapore.

And here the translation of the forum letter:

I recently read some articles about the minimum wage system.

Many articles mentioned that the universal minimum wage system is not suitable for Singapore.

Primary beneficiaries of universal minimum wage are not Singaporeans

Thinking back on the discussion with Workers’ Party MPs, it seems that there was no mention of minimum wage being applied to foreign workers.

The Workers’ Party manifesto merely suggested a minimum wage of $ 1,300 a month for Singaporeans with full-time jobs, while the wages of Singaporeans with part-time positions will be proportionately determined.

Morally speaking, Universal Minimum Wage should include all workers regardless of their nationality.

From an economic point of view, if Minimum Wage is only applicable to Singaporeans, this will push employers to hire cheaper foreign workers without Minimum Wage requirement. This will weaken Singaporean’s competitiveness in the labour market and increase Singaporean’s unemployment rate.

Based on international practice, it is unheard of for foreign workers to be excluded from Minimum Wage.

Article 11 of Convention No. 189 of the International Labour conference of 2011 emphasised that members are required to take measures to ensure that domestic workers enjoy minimum wage security where minimum wages exist.

Although The Workers’ Party did not mention foreign workers, morally, economically, internationally and legally, the Universal Minimum Wage System must cover all workers, including foreign workers, especially our domestic helpers.

Will Singaporeans welcome a minimum wage of $1300 for domestic helpers?

Domestic helpers have become essential to part of our aging population today, taking care of the elderly and children, enabling more well-educated women to join the labour force, increasing the productivity of Singaporeans.

Not only will Singaporeans’ productivity fall, but fertility may fall too, as the cost of raising children increases.

Therefore, the minimum wage of $1,300 a month is not only unpopular; it is unreasonable.

According to Dr Jamus of the Workers’ Party, Minimum Wage can be implemented once they determined the minimum wage for those belonging to the lowest-paid industry.

Taking domestic helper as an example, is $600 per month a reasonable “living wage”?

There are wealthy Middle Eastern countries, which are highly dependent on foreign workers. They established Minimum Wage on the basis that foreign employees only work for a short period, after which they will return home where the cost of living is lower.

In other words, a comprehensive, one-size-fits-all Minimum Wage based on the “living wage” of foreign workers does not guarantee the basic living needs of locals.

In comparison, it is a better option for the Singapore Government to establish targeted policies for different industries wage may be a reasonable living wage for foreign workers. Still, it will be too low as the cost of living is higher for local residents.

Proponents for Universal Minimum Wage may argue that raising the minimum wage for workers will stimulate employers to innovate and increase productivity, thus reducing their needs on manpower.

However, such thought maybe too optimistic.

In the case of implementing minimum wage for domestic helper, the employer may have a stronger willingness to reduce its dependence on the domestic helper, but are they able to? I am afraid that most employers will subsume the additional costs and continue to hire them, or to dismiss them, quit their current job to take care of the elderly and children at home.

For this instance, two jobs are lost in the market, which not only reduces productivity. It is also counterproductive. 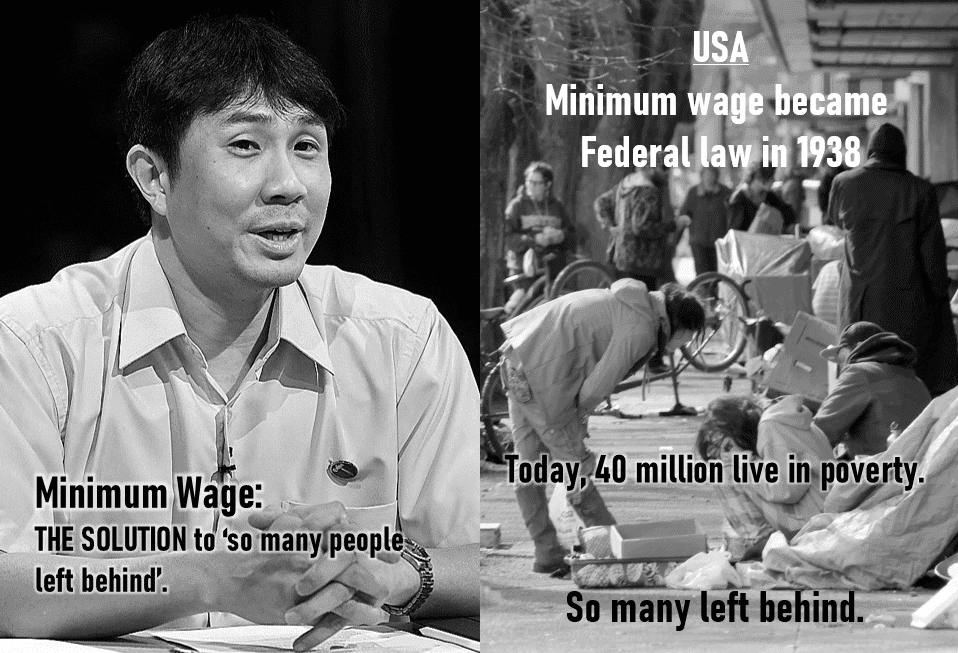 Wouldn’t it be simpler without a minimum wage? Can a simple single policy solve the problem? I am more incline to getting a higher pay through progression.

In my opinion, the Progressive Wage Model is the enhanced version of the Minimum Wage, and it is more suitable for Singapore.

May 13, 2022
PrevPreviousAljunied-Hougang Town Council wants papaya trees removed within 7 days; says they interfere with grass cutting
NextOur government is spoiling us and, inevitably, setting themselves up for failure.Next
On Key