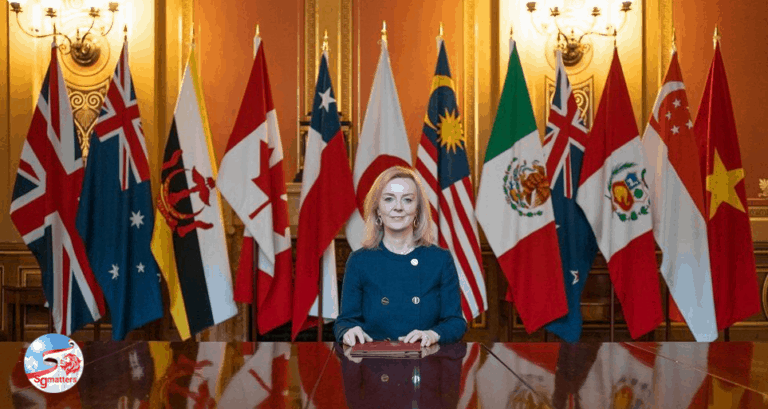 UK is applying to join the Comprehensive and Progressive Agreement for Trans-Pacific Partnership – or CPTPP.

Since last year, UK’s bid to join the Comprehensive and Progressive Agreement for Trans-Pacific Partnership – or CPTPP- has been generating momentum. The British Government hope to have 80% of UK trade covered by FTAs by 2022.

The accession process for the CPTPP requires the UK to engage with all 11 existing members, and for all 11 to agree to the UK joining.

The Secretary of State for International Trade, Liz Truss who spoke at the same event, has clearly taken his advice on board.

In total, the Comprehensive and Progressive Agreement for Trans-Pacific Partnership covers a market of around 500 million people, generating more than 13% of the world’s income.

The US was part of the original TPP but former President Donald Trump pulled out of it in 2017.

The UK is the first non-founding country to apply to join the CPTTP. If successful, it would be the second biggest economy in the trade pact after Japan.

Will the US rejoin the pact?

With the  UK set to join the CPTTP, will the US be next?

There is a good chance that US President Joe Biden would want the US back in the TPP (as it originally was) although it would be a domestic challenge to do so. Biden had backed the TPP as Obama’s vice president.

In its original form, the TPP would have put around 40% of the world economy on the side of the U.S. — compared with China’s share of 18% or 20% of global GDP, said Graham Allison, Harvard University’s Douglas Dillon professor of government when he spoke on CNBC’s “Squawk Box Asia” last November.

“If it’s simply a matter of geopolitics, the U.S. would do it in a heartbeat,” he said then.

Biden had told think tank, Council on Foreign Relations, that the “TPP wasn’t perfect but the idea behind it was a good one: to unite countries around high standards for workers, the environment, intellectual property, and transparency, and use our collective weight to curb China’s excesses.”

Read also  Signing of RCEP is bright spot that points the direction ahead: Chan Chun Sing

May 13, 2022
PrevPreviousFreedom of speech is not unfettered speech. Period
NextNo real regional cooperation if China does not have trust of its neighbours: ESM GohNext
On Key