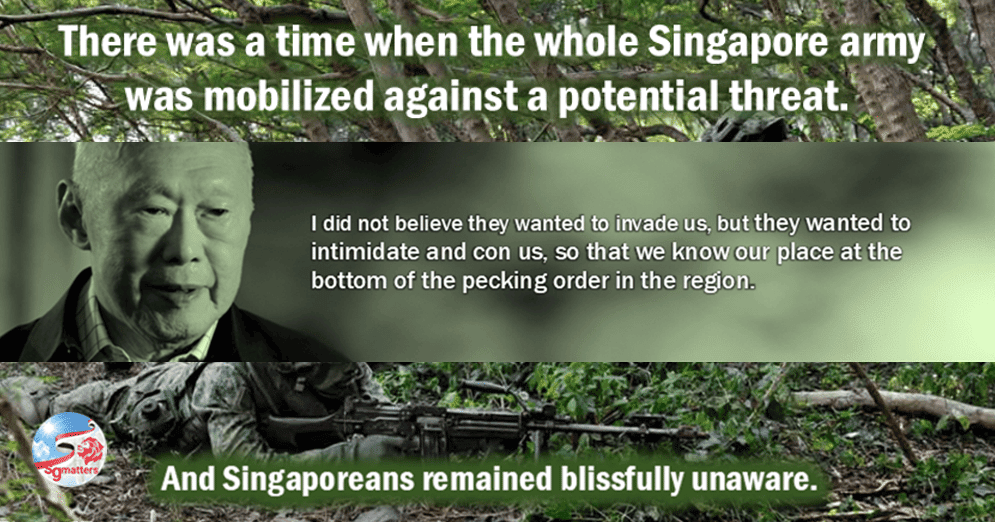 While Singapore was celebrating a belated National Day Parade yesterday, 21 August, the Malaysian army uploaded a video about a paratroop exercise to secure two crossing sites.

Interestingly, the Commander speaks in English even though Malay is the national and working language in Malaysia. There are also English subtitles. From this, it is quite obvious that the intended audience of this video is not the Malaysian soldiers but the ‘enemy’ they intend to destroy. The purpose then is to intimidate.

The Commander says that the securing of the two crossing sites will allow Division forces to punch through to the centre of gravity of the enemy, and they must fight to the last drop of blood. It was a ‘do or die’ mission.

This video reminds us of Pukul Habis which also took place on our National Day 30 years ago.

On 9th August 1991, Singapore celebrated National Day at the National Stadium with great joy. As we were celebrating, unknown to us, the Singapore army had also been mobilized that day on a very large scale against a potential threat to our security.

Apparently, the whole purpose of that exercise was to test the cooperation and response between Malaysia and Indonesia in case a neighbouring country turned hostile. Taking place just 20km away from Woodlands, it does not take much imagination to know which country the ‘neighbouring country’ referred to.

THE TIMING OF THE JOINT EXERCISE

The joint exercise between Malaysia and Indonesia involved 300 paratroopers in the airborne assault in Kota Tinggi, Southern Johore. There were also live firing.

Mindef responded with a massive mobilization that saw thousands of NS men called back. Live ammo and new weapons were distributed. Armour and artillery assets were also deployed to staging areas.

Some soldiers were mobilized to sit along the edges of the Malaysian railway in Tanjong Pagar with live ammo. Live mines were also planted around Singapore.

The nature of the joint exercise was provocative. The day passed without any incident. And Singaporeans remained blissfully unaware.

You could say the joint exercise between Malaysia and Indonesia was also a test of our response – how prepared we were and how fast we could respond to a potential threat. You could say that the timing of the exercise was a test of the leadership transition process from the Old Guards to the second-generation leadership.

Our founding prime minister Mr Lee Kuan Yew had this to say in Hard Truths:

On our National Day, 9 August 1991, The Malaysian and the Indonesian armed forces held joint exercises at Kota Tinggi with parachute drops. Hence we mobilized our forces, in addition to forces parading for the National Day celebrations. I did not think they would invade us, but they wanted to intimidate us and con us so that we know our place at the bottom of the pecking order in the region.

We need a study, strong and capable SAF, not only to defend Singapore but return blow for blow when necessary. If we do not have this strong SAF, we are vulnerable to all kinds of pressures, from both Malaysia and Indonesia. 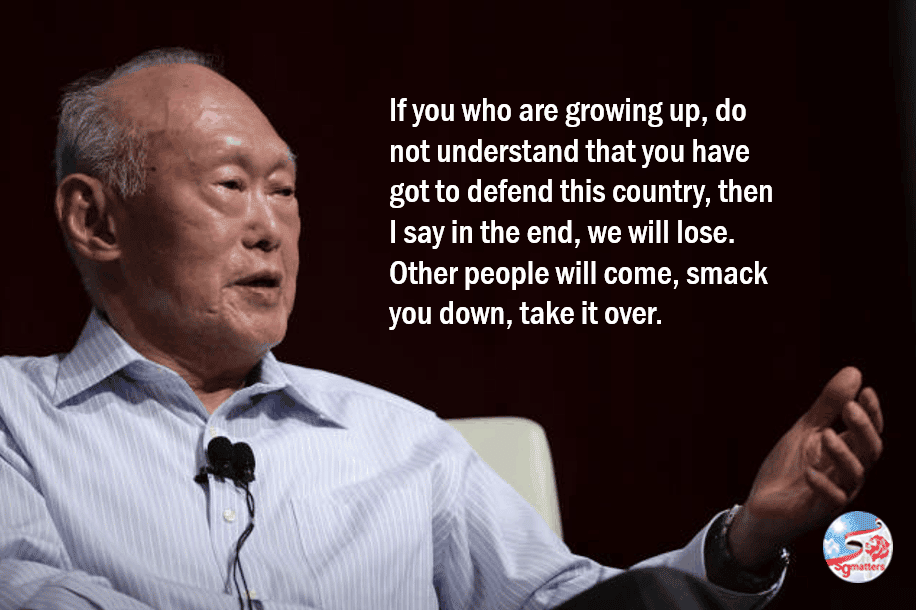 Our security is our own responsibility. In peacetime, there is a tendency to view NS  as an obstacle to our own careers. But we must not let complacency creep in, nor take peace for granted. What we cannot defend does not belong to us. Our country, we defend because no one else will come to our rescue.