Joey Mendoza makes u-turn on the song, apologises for the confusion 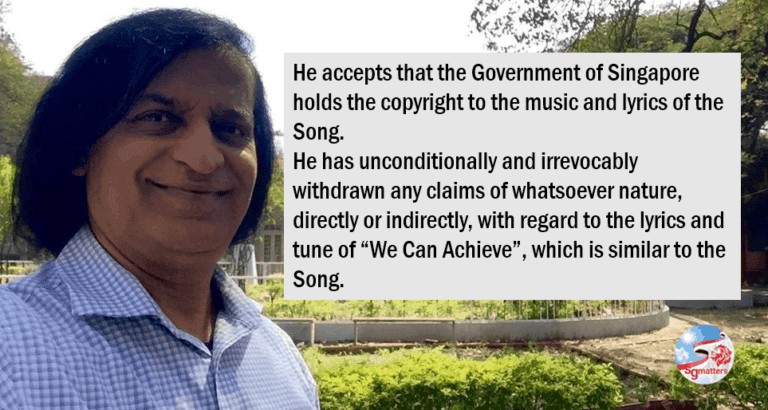 In a u-turn, Mr Joey Mendoza admits that he is not the composer of ‘We Can Achieve’ and apologises for the confusion caused. This follows the Ministry of Culture, Community and Youth‘s correspondence with him.

The saga unfolded when Mr Mendoza claimed that he wrote “We Can Achieve”, a song that is practically identical to “Count on Me, Singapore” (the Song), in 1983. He also claimed that the original tapes of the song were lost in the Mumbai floods in 2005.

His claim impinged on the integrity of Mr Hugh Harrison who wrote “Count on Me, Singapore” in 1986.

MCCY said in a Facebook book that there is both contemporaneous evidence as well as first-hand accounts that Mr Harrison composed the song. For example, Mr Jeremy Monteiro, a well-respected Singaporean musician, has confirmed that he was together with Mr Harrison when “Count on Me, Singapore” was developed, and saw its evolution.  Mr Monteiro is himself involved in the making of several national songs.

Checks conducted in India turned up no evidence or records whatsoever of Mr Mendoza having any rights to “We Can Achieve” from 1983 or anytime thereafter, MCCY said.

In view of this, MCCY has pressed Mr Mendoza to substantiate his claims.

“We take a serious view to this, as Mr Mendoza’s claim is a direct affront to our ownership and interest in the Song. If he is not able to provide any basis, then he should refrain from infringing on our rights to the Song,” MCCY said.

Mr Mendoza also accepts that the Singapore Government holds the copyright to the music and lyrics of the Song. With that, Mr Mendoza has “unconditionally and irrevocably withdrawn any claims of whatsoever nature, directly or indirectly, with regard to the lyrics and tune of “We Can Achieve”, which is similar to the Song”. He has informed all of his associates and networks of the above, and instructed all social media platforms to remove “We Can Achieve”. 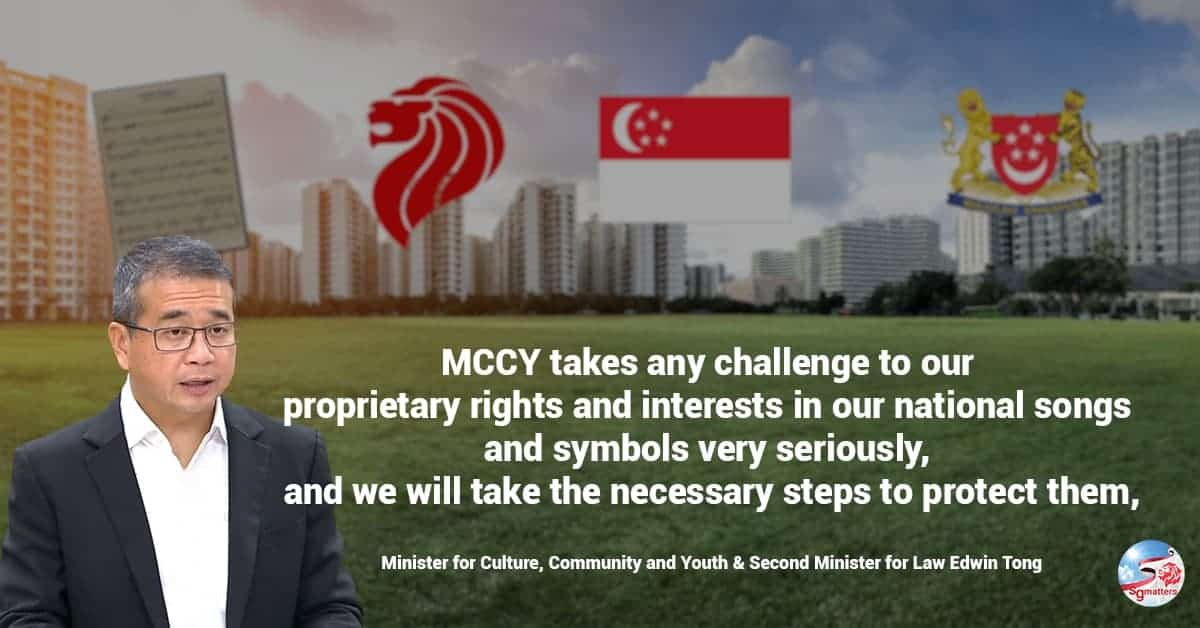 We were prepared to initiate legal proceedings to protect our position: Edwin Tong

“Our national songs hold a special place in the hearts of Singaporeans. MCCY takes any challenge to our proprietary rights and interests in our national