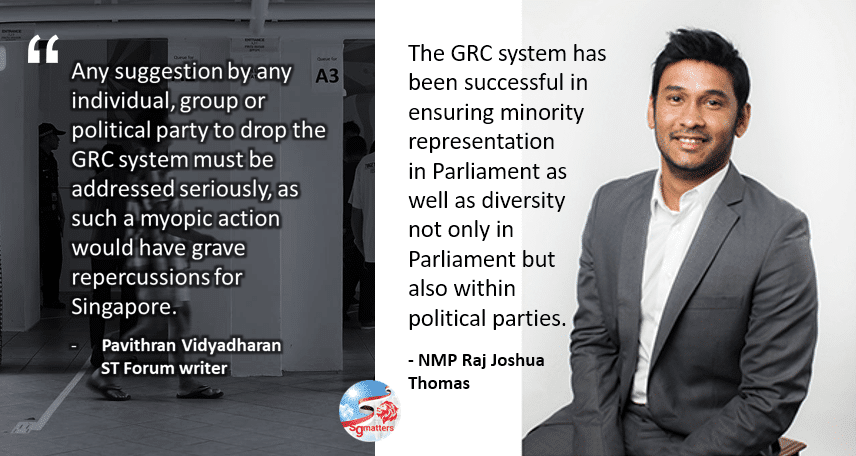 Of the two points, the second is lesser known.

In their Manifesto 2020, Workers’ Party said:

The GRC system should be abolished and be replaced by Single Member Constituencies.
Singaporeans have matured as a society to the point and there is now no evidence that Singaporeans vote solely along racial lines.

Reality: we have not reached a race-neutral state.

The reality is that race remains a very sensitive issue. We are far from being a post-race people as the spate of racist incidents during this pandemic has shown.

Sensitivities remain. They can erupt at any moment and it doesn’t take much for that to happen.

A mistake by a vendor in Radin Mas engaged to do a standee for a Hari Raya celebration became a source of great unhappiness to the owner of the wedding photo. The owner Sarah Bagharib claimed that it was used without her permission, and for a wrong occasion which made it ‘racist’. The unhappiness threatened to blow out of proportion and spill into the community. Fortunately it did not. Such was the sensitivity that people seemed quite unable to tell cultural ignorance from racism.

When Workers’ Party’s chief Pritam Singh suggested recently that the GRC system was worth a second look, it prompted a response from a ST forum writer Pavithran Vidyadharan. 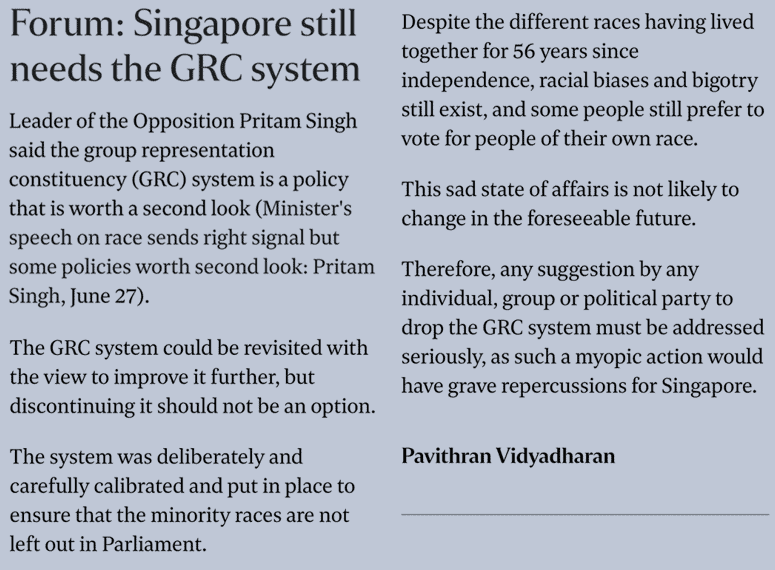 Discontinuing the GRC system should not be an option, Mr Pavithran Vidyadharan said. A minority himself, Pavithran said that any suggestion to drop the GRC system is myopic and would have grave repercussions for Singapore.  He is right.

What many people do not realise is that the GRC system does more than just ensuring minority representation in Parliament.

Any political party wishing to stand for election must present a multiracial slate of candidates or it would be shut out of GRCs.

Diversity within political parties is of utmost importance. A political party that is multiracial in composition will also be multiracial in its outlook. Conversely speaking, if a party is organised along an ethnic line, then its outlook will be narrow, representing only that particular ethnic group. It’s understanding of the needs and concerns of other ethnic groups will also be lacking.

Take away the GRC system, and in time to come, we may find the emergence of political parties that are ethnic based. One needs only to look at Malaysian politics to know that this is not desirable.

With the GRC system, political parties will have to work harder to reach out to different communities, find like-minded people to join them and stand for election on their platform. Any political concern about the system can be addressed. The size of a GRC can be reduced. But as NMP Raj Joshua Thomas said, let us not throw out the baby with the bathwater.

“In a multiracial country, the perception of bias in voting on racial lines is as dangerous as the reality. It is too easy for a losing minority candidate to claim that she or he had lost due to race bias. If so much heat and noise can be generated from an incident involving a standee…, just imagine how much more divisiveness can be generated from claims of racism affecting elections or the electability of the minority candidate. The GRC system removes the possibility of this being claimed post-election. The importance of this cannot be downplayed. It is a uniquely Singaporean feature of our election.” 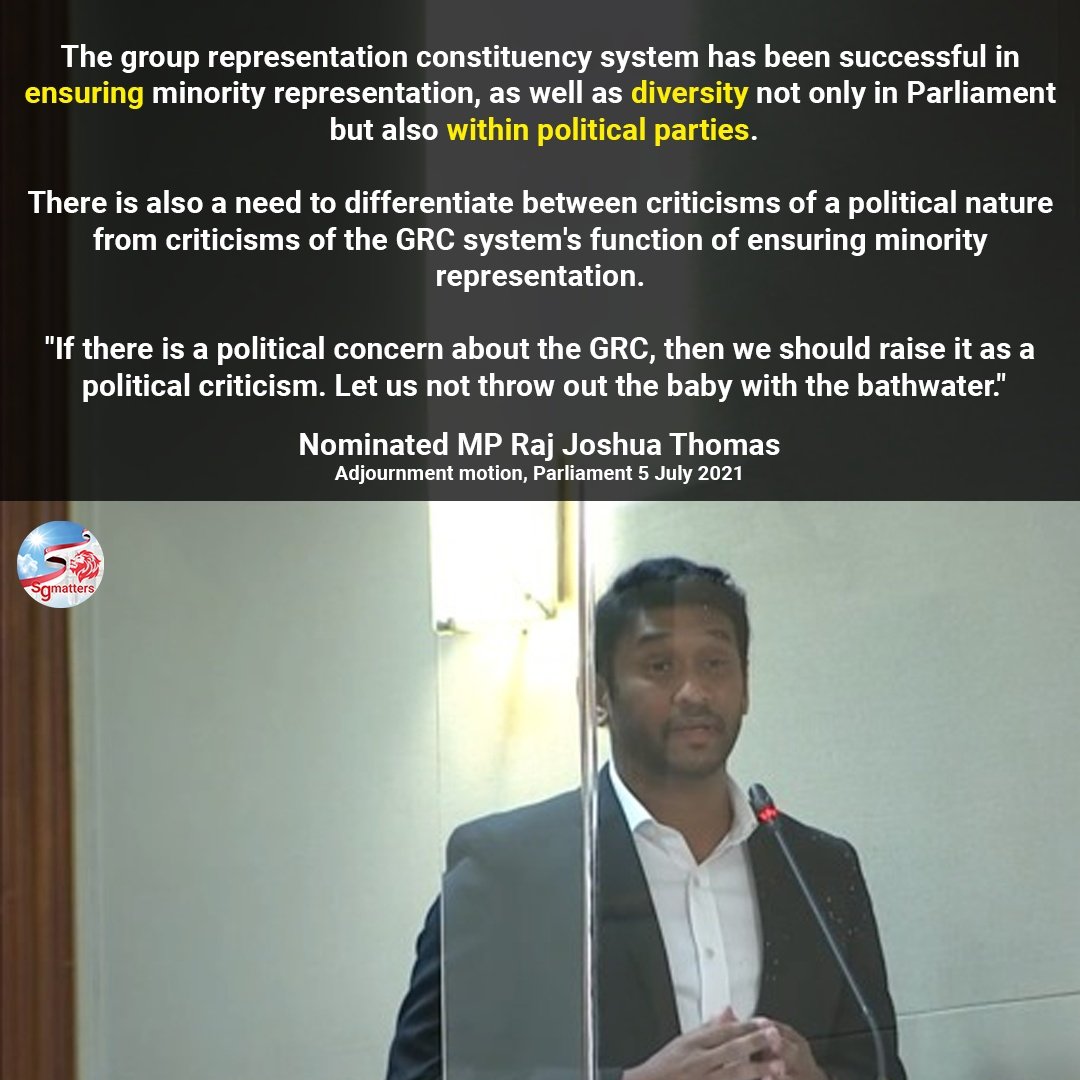 Recent events have shown that contrary to what WP believes, race is still a sensitive issue. For a multiracial, harmonious Singapore where every community has its place, the GRC system must stay.