In response to the critical shortage of oxygen in India, Temasek has been working alongside their portfolio company SATS and the High Commission of India in Singapore to help transport four cryogenic oxygen cylinders. 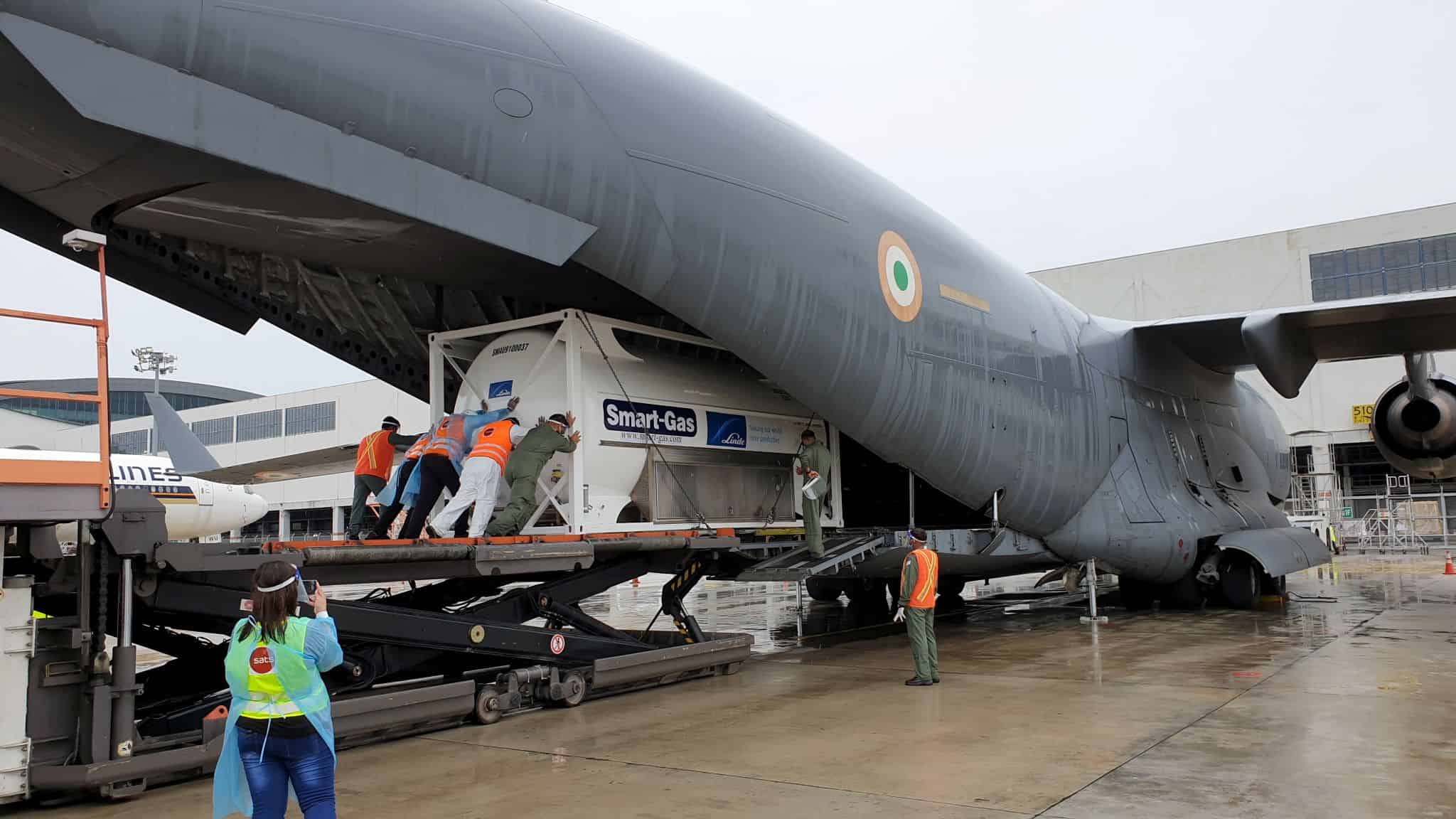 In a Facebook post, Temasek said that it is partnering with Air India and Amazon India News to airlift oxygen concentrators, non-invasive BiPAP ventilator machines and other essential supplies to local communities there in urgent need.

The first batch of medical supplies will arrive in Mumbai this evening (25 April), Temasek said. They will be supplied to various hospitals and COVID treatment centres across the country. The cryogenic oxygen cylinders were airlifted by the Indian Air Force (IAF) from Changi Airport and landed in West Bengal on Saturday evening. They were generously donated by Tata Group.

“We are pleased to do our small part to help people in India as they combat this wave of COVID-19. No-one is safe till everyone is safe,” Temasek said in its Facebook post.

The gesture is appreciated by people from India. 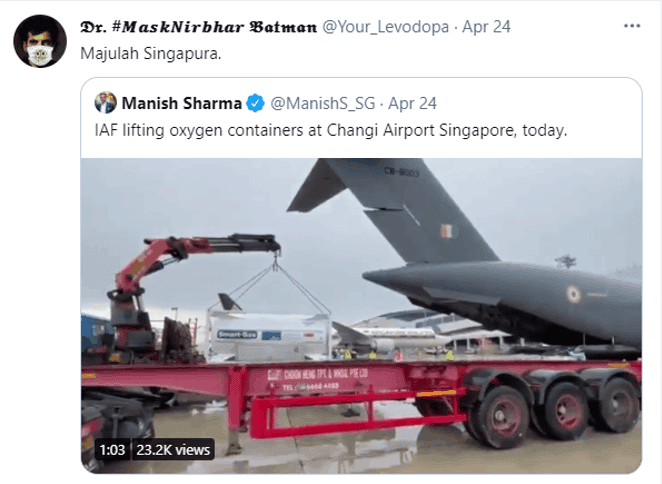 Gratitude expressed; “Singapore does punch above its weight” 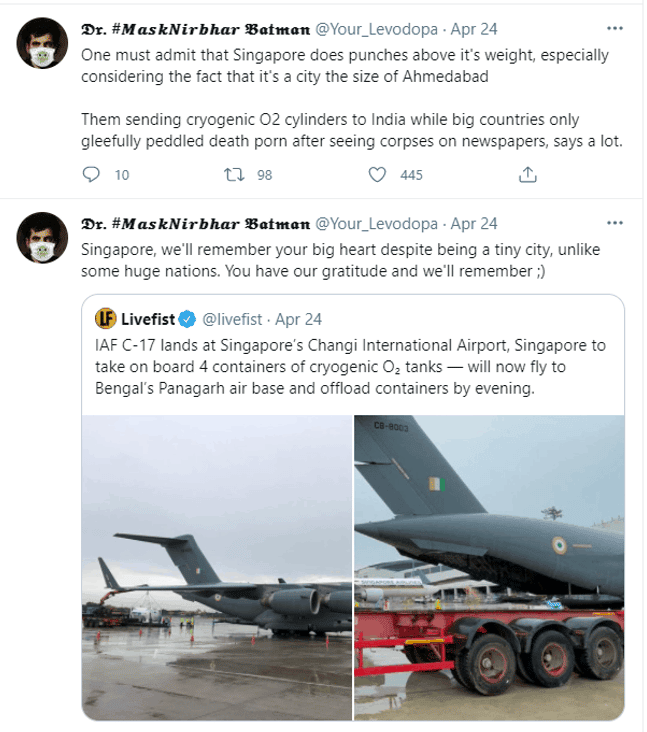 Our founding father, Lee Kuan Yew is remembered even in India.

India’s surge in the COVID-19 cases has seen a scramble for oxygen.

India’s number of COVID-19 cases surged by 349,691 in the past 24 hours. It is the fourth straight day of new global record, and hospitals in Delhi and across the country are turning away patients after running out of medical oxygen and beds.

Success in tackling the first wave has led to complacency. Modi’s government has faced criticism that it let its guard down, allowed big religious and political gatherings to take place when India’s cases plummeted to below 10,000 a day.  The government did not plan on building up the healthcare systems.

Hospitals were overwhelmed and patients had to share bed.

According to Reuters photographers, people were arranging stretchers and oxygen cylinders outside hospitals as they desperately pleaded for authorities to take patients in.

“Every day, it the same situation, we are left with two hours of oxygen, we only get assurances from the authorities,” one doctor said on television.