Skip to content
Home » Singapore’s economy set for a strong recovery next year, GDP to grow by 7%
Economy & Financial

Singapore’s economy is set for a strong recovery next year after a deeper-than-expected slump amid the coronavirus pandemic.

According to a report by the Asean+3 Macroeconomic Research Office (Amro), Singapore’s economy is expected to recover strongly next year with GDP expected to grow by 7% after shrinking 6% this year.

The GDP growth forecast for this year was downgraded from Amro’s earlier projection of 0.8 per cent released in March.

In its August update of the Asean+3 Regional Economic Outlook 2020 report released on Thursday (Aug 6), Amro said Singapore’s recovery will start to take shape in the second half of 2020, aided by the manufacturing and financial services sectors that have performed relatively better than other sectors. 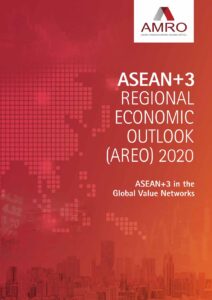 Dr Hoe Ee Khor, Amro’s chief economist, said that with the return of migrant workers cleared for work, the construction sector will also start to contribute to growth in earnest later this year and further boost the recovery in 2021.

“We expect Singapore to bounce back strongly in the second half and into 2021,” he said in a virtual media briefing.

However, services sectors such as tourism and hospitality will continue to suffer until a vaccine is widely available to allow lifting of curbs on international travel, he noted.

The Ministry of Trade and Industry (MTI) expects Singapore’s GDP to shrink by between 4 per cent and 7 per cent this year. So far, there is no official forecast for 2021.

Across the 14-nation Asean+3 region, Amro expects a U-shaped recovery, led by China.