More than half a year after the general election in 2020, life is settling back to ‘normal’ amidst the COVID-19 pandemic. Sengkang GRC‘s residents are also settling down to a new normal under Workers’ Party. What do residents there have to say?

Change of term contractor; 1 to 2 months needed to arrange manpower before cleaning can take place 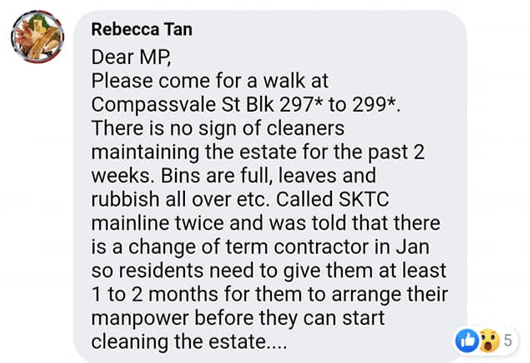 Is anyone taking charge in this neighbourhood? 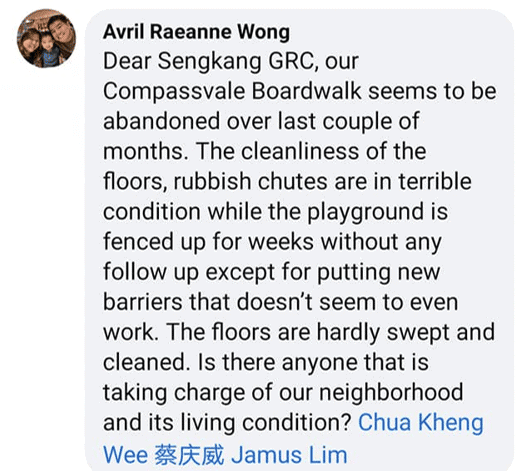 Lift not repaired after 2 weeks. Not good to have a crowded lift. 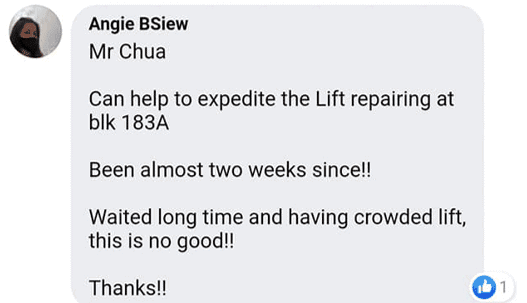 Leak not resolved yet. Will wait. 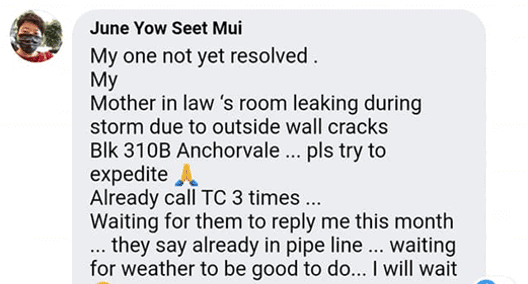 A new GRC, Sengkang GRC was won by Workers’ Party in GE2020 in a biggest upset of the election. The WP team garnered 52.13 per cent of the vote against a 47.87 per cent share for the People’s Action Party. This was despite the controversy surrounding Raeesah Khan’s social media posts. The WP took 60,136 votes, while the PAP got 55,214 votes.