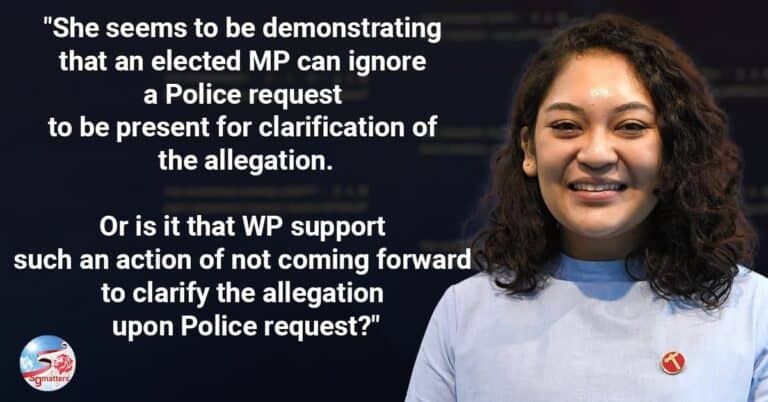 Workers’ Party Raeesah Khan has ignored 2 emails sent by the police requesting her to arrange for an interview regarding a sexual assault case she brought up in Parliament.

The Serious Sexual Crime Branch of the Criminal Investigation Department said in a police statement that it had sent an email to Ms Khan on 7 October 2021, requesting her to get in touch with the Police by 14 October 2021, to arrange for an interview.

The interview pertains to an allegation that Raeesah Khan had made in Parliament on 3 August 2021, that three years ago, she had accompanied a 25-year-old rape victim to make a police report.

Ms Khan said that the victim had come out crying, because the Police officer had allegedly made comments about her dressing and the fact that she had been drinking.

The police statement, released on 20 October, said Police needed her to provide details on the case. She was assured that the Police would do everything possible to safeguard the victim’s identity from public disclosure.

The Police had made an extensive search, to look for the case and could not identify such a case or the officers allegedly involved as stated by Ms Khan in Parliament.

However, Raeesah kept her silence. 18 October came and went and there was no response from Raeesah.

It isn’t just Raeesah who is maintaining a wall of silence after making a very serious allegation in Parliament against the Police.

The Workers’ Party has also kept noticeably silent throughout. Leader Pritam Singh has not made any public comments on the matter and this does not look good on him.

What message is WP sending with their silence? That it is alright for a Member of Parliament to make allegations without substantiating those allegations? The Opposition WP quipped often about the rule of law. Yet Raeesah wants this swept under the carpet and the WP leadership has kept very silent on it. Where then is justice and the rule-of-law when allegations can be swept under the carpet without an investigation? 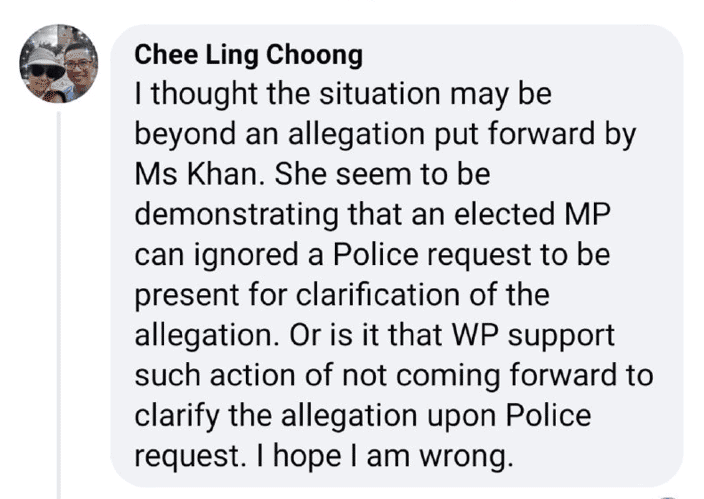 She seems to be demonstrating that an elected Member of Parliament can ignore a Police request to be present for clarification of the allegation. Does WP support such an action?

An allegation made against enforcement agencies cannot go unsubstantiated. Raeeseah has to either prove it with facts or withdraw the allegation and apologise. There’s no other way about it. 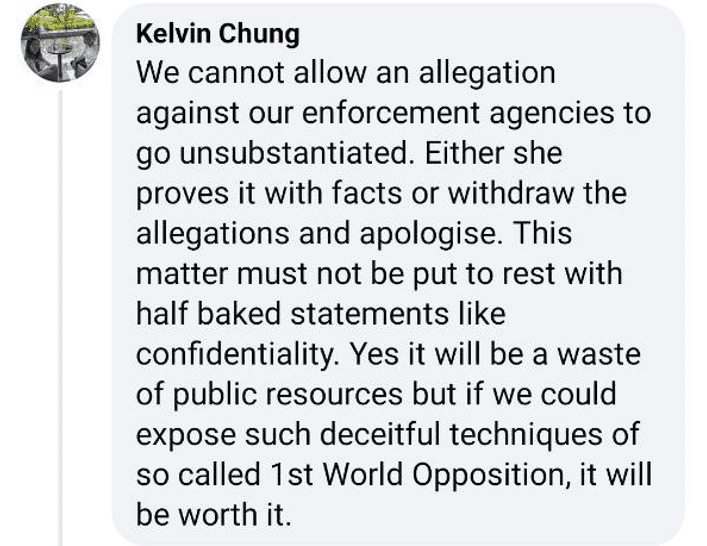 We cannot allow such a precedent to be set, where a Member of Parliament can make allegations in Parliament without substantiating it.

Mr Pritam Singh’s silence on the matter is very deafening. What is his stand?

Raeesah Khan has made baseless accusations against the justice system and our courts before. All the more, she must substantiate this current allegation that she has made against the Police in a place no less than the highest office of the land – Parliament – where she enjoys an immunity accorded to Parliamentarians. 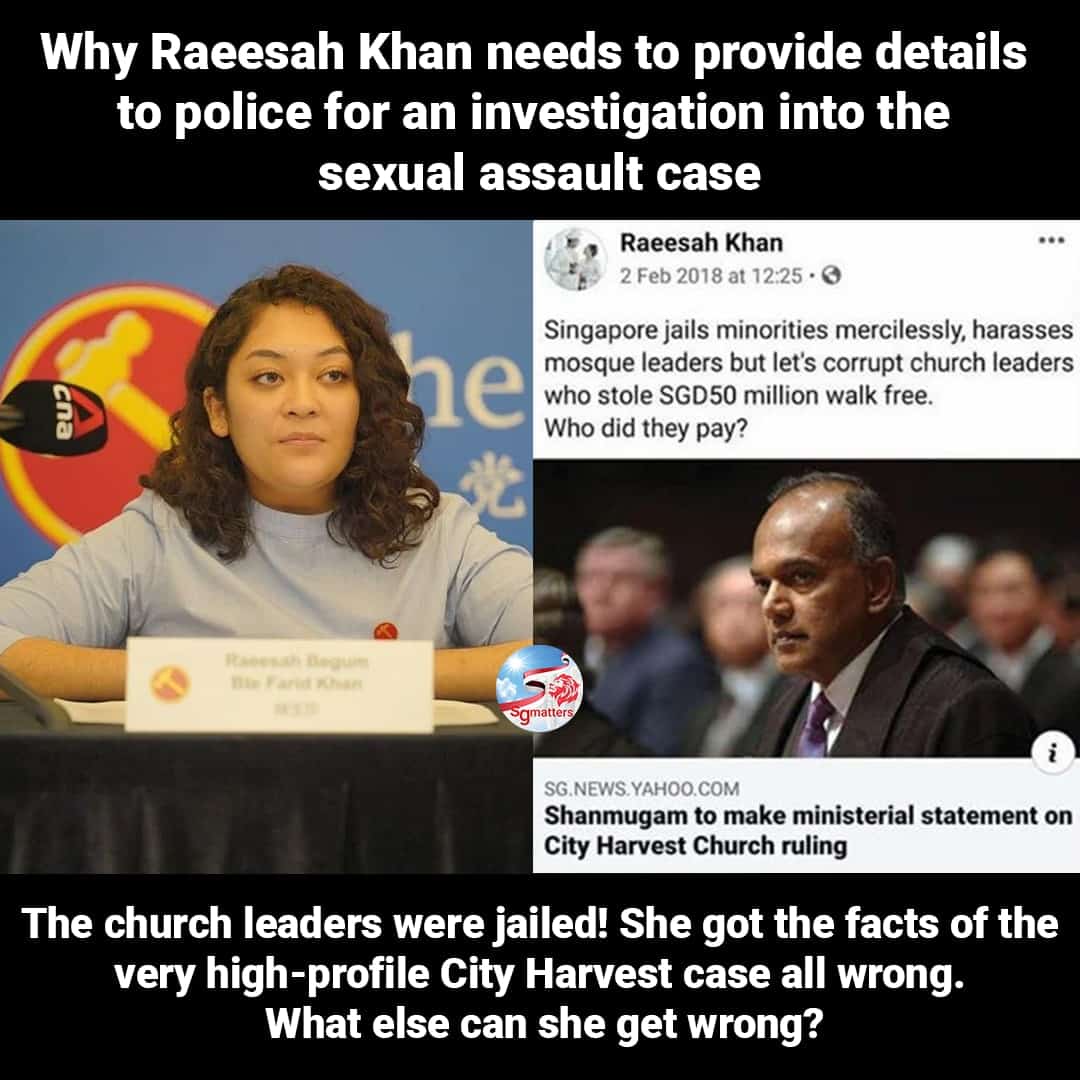 May 13, 2022
PrevPreviousWhy WP Raeesah Khan must provide information for police investigation
NextIt’s so easy to be the Opposition in Singapore and winNext
On Key