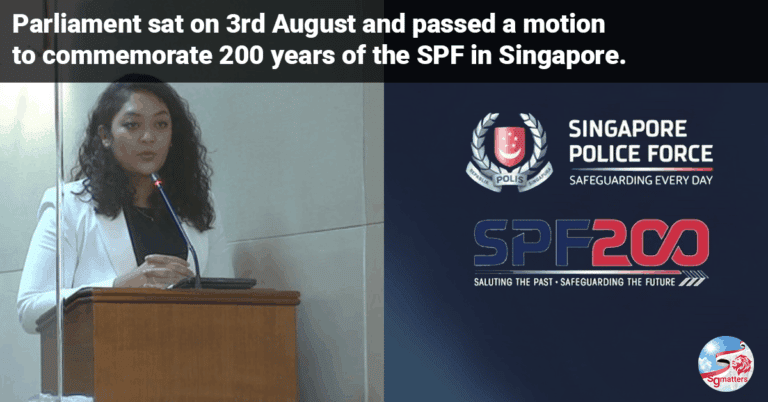 Parliament sat on 3rd August and passed a motion to commemorate 200 years of the SPF in Singapore. 69 visitors were present. They included Singapore’s Commissioner of Police Hoong Wee Teck, in-service officers, full-time national servicemen, Volunteer Special Constabulary (VSC) officers, civilian officers, retired police officers and two family members of an officer who was killed in the line of duty.

The SPF has done well in keeping Singapore safe. Singapore ranks as the world’s 4th safest country according to the Global Finance magazine’s World’s Safest Countries rankings trailing behind Iceland, the United Arab Emirates, and Qatar; and followed by Finland.

On this auspicious occasion to commemorate SPF for their contribution to safety and security in Singapore, WP Raeesah Khan made an allegation against the Police in which she alleged mishandling by law enforcement officers.

Ms Raeesah claimed that 3 years ago she had accompanied a rape survivor to make a police report. The survivor came out crying. Apparently, according to Raeesah, the police had made comments about the survivor’s dressing and the fact that she had been drinking. She went on to say, “We need better treatment of survivors by law enforcement.” 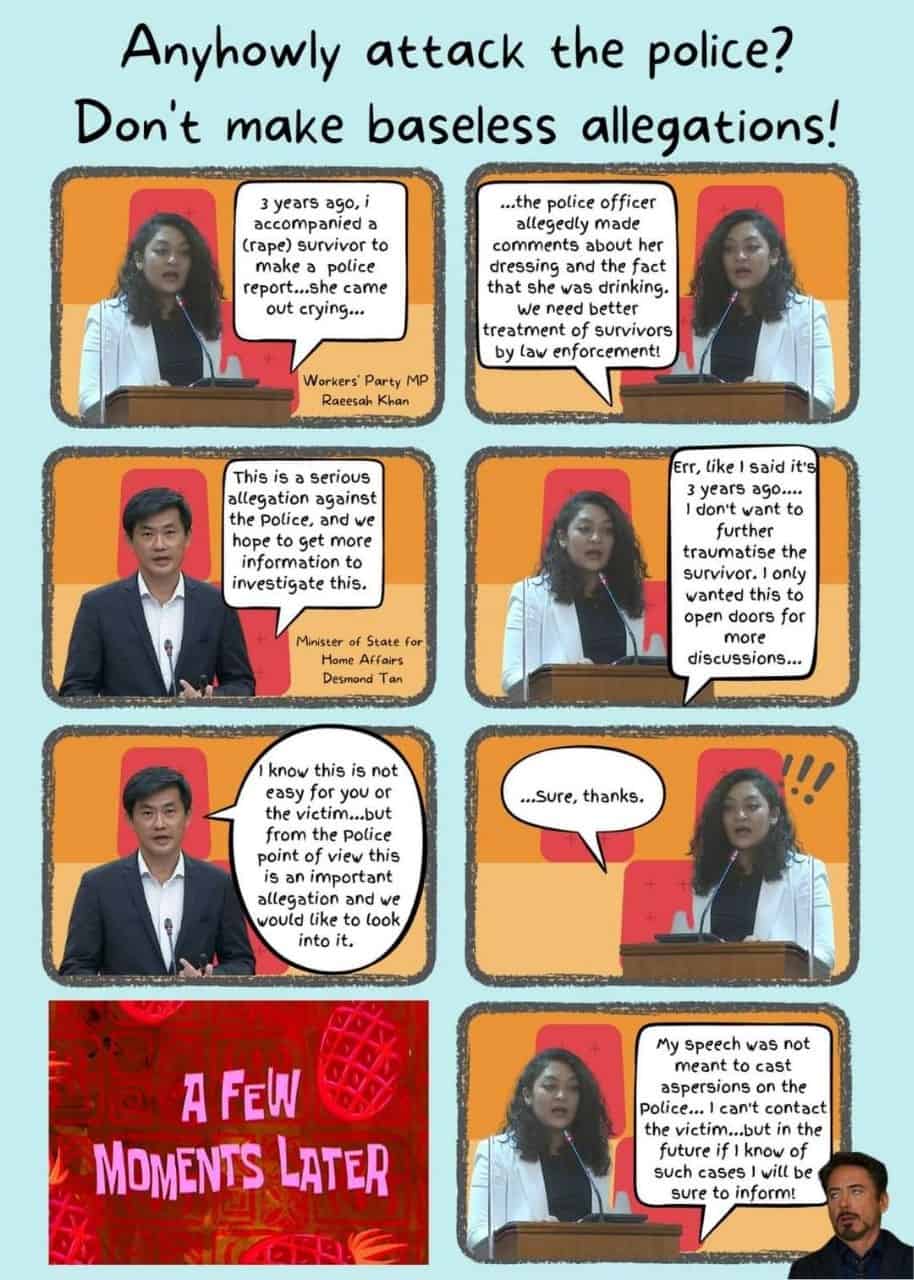 When called upon by Minister of State in the Ministry for Home Affairs Desmond Tan to provide information so that Police may investigate as the allegation was a serious one against the police, Ms Raeesah responded that it had been 3 years already and she didn’t want to further re-traumatise the survivor. To this, MOS Desmond Tan said his ministry did not want the matter swept.

“I know this is not easy for you or the victim… But from the police’s point of view, this is an important allegation and we would like to look into it,” Mr Desmond Tan said.

“Sure, thanks” was Raeesah’s response. But moments later, she rose to say that she was unable to contact the victim, and that in the future, if such cases arose, she would be sure to inform.

Ms Raeesah claimed that the example she brought up was not an isolated one. And yet, she was unable to provide a single name for investigation.

Raeesah’s unsubstantiated claim led the Leader of the House Indranee Rajah to remind Members of Parliament that the law confers on them privilege and immunity which means that it must be exercise responsibly and with integrity. Members must be prepared to substantiate what they say in Parliament.

Her unsubstantiated allegation caused an uproar on social media. 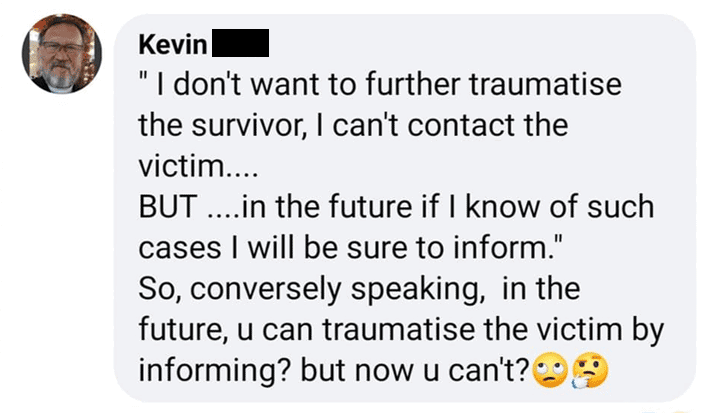 Parliament is no place for anecdotes.

An apology is due.

Back in 2014, WP Faisal Manap also made an allegation in Parliament without being able to substantiate it. Subsequently, he apologised for it. You can read it here.

Workers’ Party seems to be in the habit of bringing up anecdotes in Parliament for which there is little to no research to back up what they brought up. More recently, Ms Sylvia Lim and Chief Pritam Singh brought up the same anecdote of a resident who, they said, had to sell their flat at a loss of $100k because of the Ethnic Integration Policy.

As the Leader of the Opposition, Mr Pritam is given an office plus paid research assistants (paid for by taxpayers’ money) to do research for him. Yet, he did not bother to verify if the anecdote of ‘the resident who lost $100k selling his flat’ was true. Verifying such an anecdote was just a simple matter of checking with the resident. It did not even require the help of any research assistant. Yet it was not done.

It was left to National Development Minister Desmond Lee to verify on their behalf and to clarify with them that it was not the case that the resident had lost $100k selling his flat.

You can watch it here:

June 6, 2022
PrevPreviousMP Yeo Wan Ling: “Women Have Once Again Risen to The Occasion”
NextDelivering on promises: Punggol Digital District turns from vision to realityNext
On Key

If everyone of the 3.6 million Singaporeans has to pay from their pocket a total monthly salary to all 33 of our ministers and ministers-of-state,