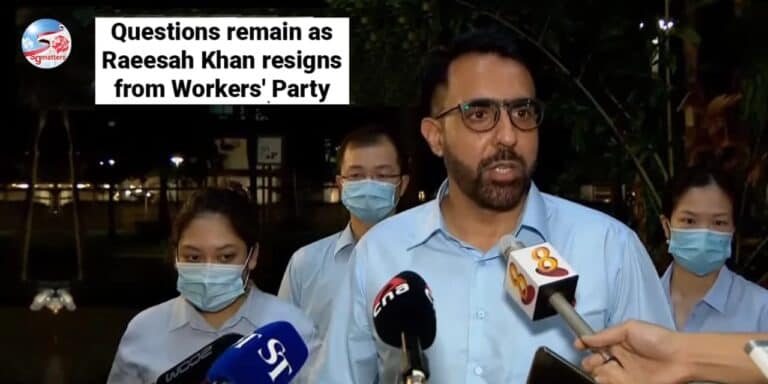 Ms Khan’s resignation came before work by the Committee of Privileges, which has begun investigating her lies in Parliament, has been completed. Perhaps the WP hopes that with her resignation, it will draw a line under the matter and that the Workers’ Party will now be seen as just and righteous, as former NMP Calvin Cheng commented.

But questions remain and the answers to these questions are important.

“It is incomprehensible that nobody else knew anything before Raeesah Khan made the admission in Parliament,” said Calvin.

Indeed, former NCMP and WP cadre until recently, Daniel Goh had noted in a Facebook post, when Ms Khan first admitted to lying in Parliament, that all speeches were shared and vetted by the WP MPs before they were delivered in Parliament. Prof Goh was of the opinion that the leadership has to bear some responsibility for this saga. Is Ms Khan thrown under the bus to save WP?

“Timing is everything. Why resign now one month after the parliamentary apology and just hours before the CEC meeting when the disciplinary committee findings were to be discussed and a decision taken? Did RK know the outcome already? How? What motivated her to resign only now? Did anyone of importance asked her to resign and why? All too convenient when so many inconvenient questions for the WP leadership remained unanswered. In politics, these can become a sticky ugly scent eroding trust.

My mind keeps conjuring up that memory of more than a year ago when Pritam stood with an apologising RK and the WP Sengkang team behind them in the full glare of media cameras, the message being we know and we support her. How quickly things change. I suppose a year is many lifetimes in politics.”

2 days before WP’s announcement of Ms Khan’s resignation, Prime Minister Lee Hsien Loong had said in his speech at the PAP Convention 2021 (28 Nov) that Singaporeans expect MPs and political leaders to be clean, above reproach in their personal conduct, and to be scrupulously truthful in everything they say, whether inside or outside Parliament.

May 30, 2022
PrevPreviousPeople expect MPs and political leaders to be above reproach, scrupulously truthful in what they say: Lee Hsien Loong
NextCommittee of Privileges hearing on Raeesah’s lies: a timeline of eventsNext
On Key 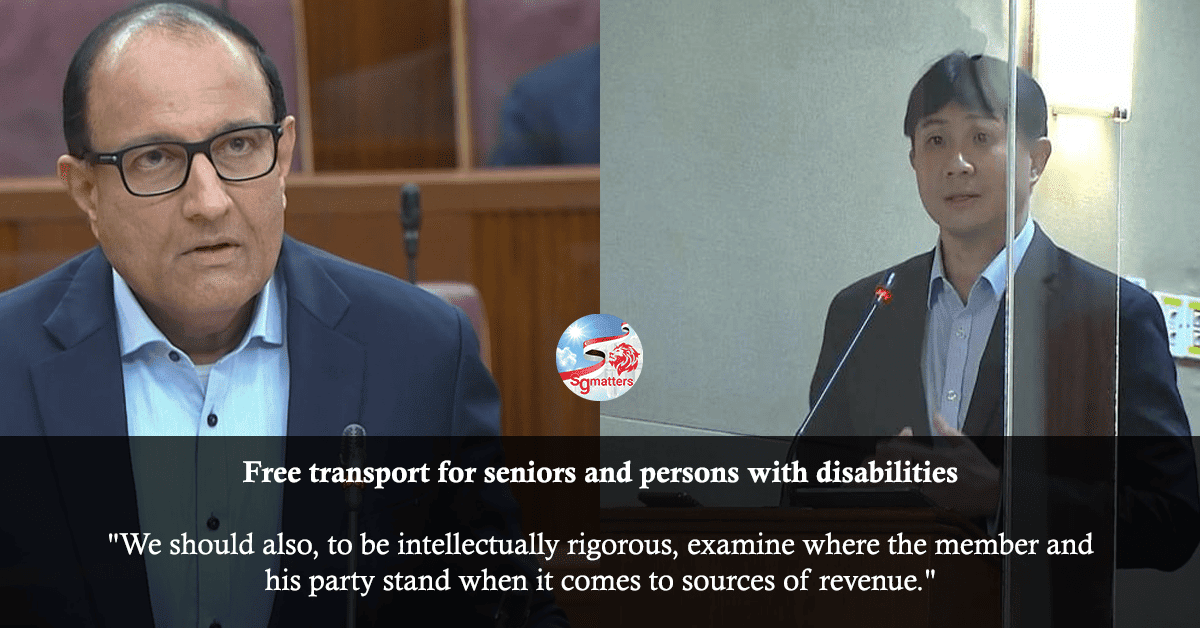 “Fundamentally, there is a need to explain where the money is going to come from,” Transport Minister Iswaran tells WP MP Jamus Lim. The WP