He put the wage at $1300. Although the WP Manifesto for GE2020 has disappeared from online, we know from their Manifesto that $1300 means $1300 take-home pay. This needs to be put here so that there is no ambiguity.

Like Jamus Lim who used ‘compassion’ to make his pitch for a universal minimum wage (UMW), Mr Pritam Singh elevated WP onto the high moral ground by appealing to a moral argument, calling the UMW a ‘moral imperative’ and ‘an act of national solidarity, one that is even more relevant in today’s economic environment’, ‘a statement of what it means to be Singaporean’.

That’s quite a lot of loaded statements he had made in one post.

And here’s how netizens have reacted to his call. Going by a sampling of comments from mainstream media, most are not supportive of his call.

An attempt at tugging at heartstrings to gain popularity

Spend more energy to grow the pie first, growing a pie is not easy 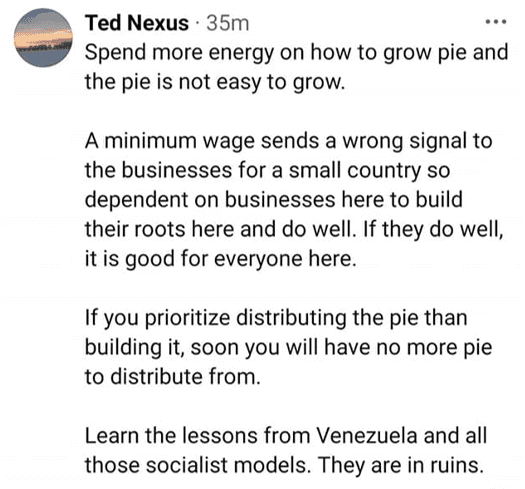 Why not touch on keeping the unemployment rate low? MOM’s latest min for headcount already $1400 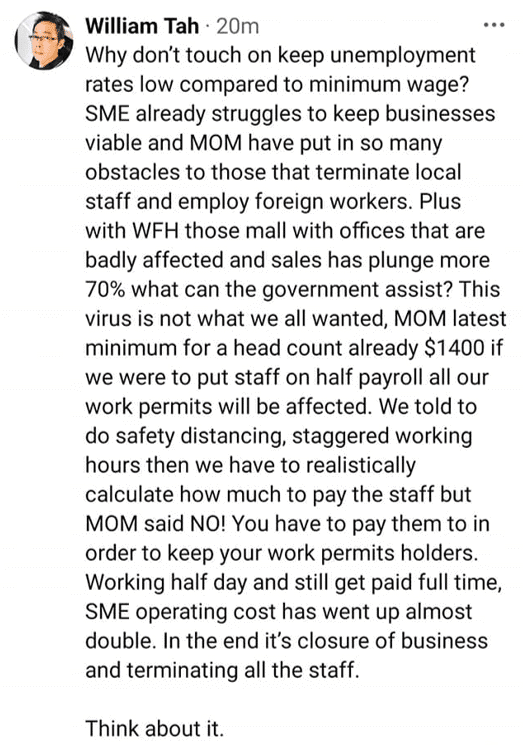 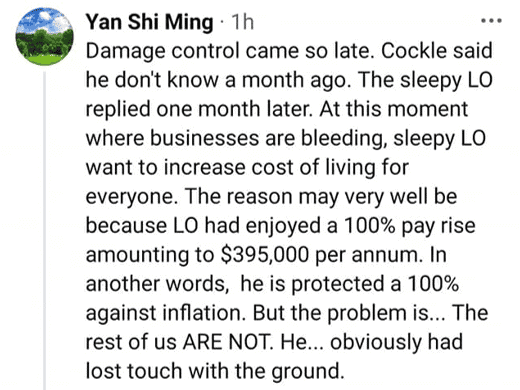 Pritam, please go walk around and see how businesses are doing 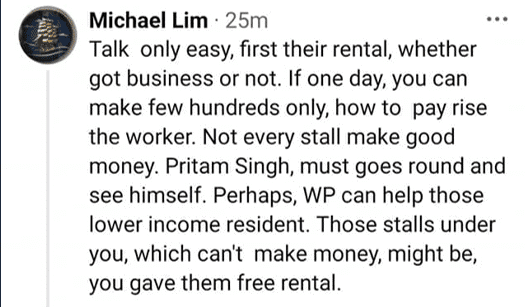 The jobless rate will go up in this economic climate 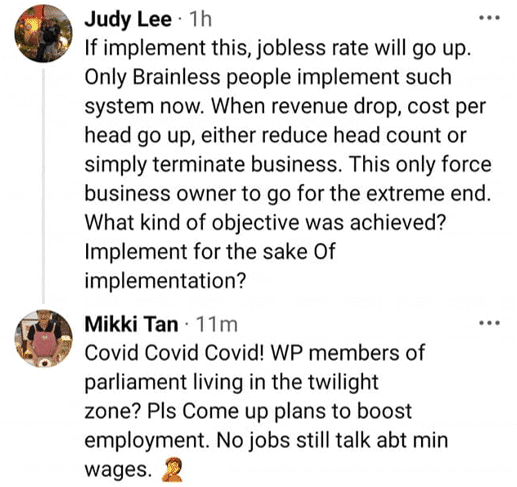 Read also  Tharman to Jamus: avoid strawman arguments and don't assume you have a monopoly in compassion

Blanket minimum wage does not work!

The minimum wage for foreign domestic helpers too?

Under the PWMs for the cleaning, security and landscape sectors, 80,000 workers are already earning at least $1300 basic salary. The PWM for the Lift and Escalator Sector has also been accepted and will be phased in. It has an entry salary of $1850 as its minimum.

Unlike the universal wage model, the Progressive Wage Model has a minimum wage that is sector-specific and set at a level that is sustainable to businesses. Not only that, it has steps of progression where a worker can earn more than the minimum through upgrading.

And have a realistic expectation. Good jobs require skill-training.

May 13, 2022
PrevPreviousWP Jamus Lim is ‘politicking, and pulling a fast one over your eyes – plain and simple’: Donovan Choy
NextMinimum wage setting risks becoming a political auction: Koh Poh KoonNext
On Key