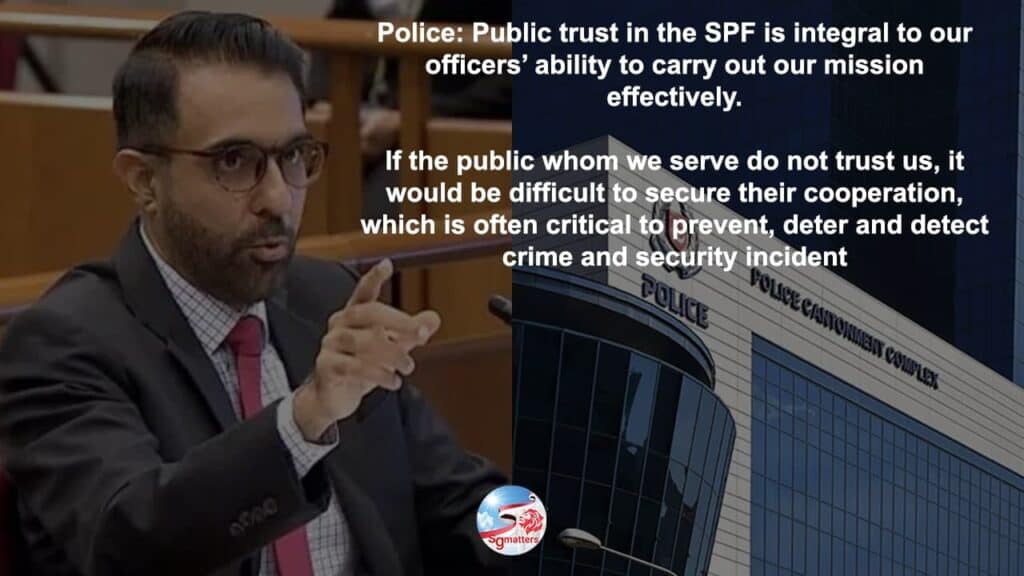 Responding to queries from media, the police said a substantial amount of resources was dedicated to investigating the false claims because it was a statement made by an MP in Parliament, and was taken seriously and at face value.

After the case was first mentioned in Parliament on 3 August 2021, police officers went through many records, including all records of visitors to all Police stations island-wide, since 1 January 2017, to identify Ms Khan’s alleged visit.

Two rounds of checks were conducted to ensure that no visit was missed.

In their statement, police said their officers also considered the possibility that Ms Khan had accompanied a victim, without entering a Police station.

The list was narrowed down to cases which appeared to somewhat match Ms Khan’s description in Parliament.

The Investigation Officers in charge of these cases were all asked to check through their investigation records in detail, police said. Other details were also checked with the officers.

In addition, police officers also checked through all the feedback received from members of the public in 2018, relating to sexual assault. However, they could not link any feedback to the case mentioned by Ms Khan.

“The Police had dedicated significant resources to investigate into Ms Khan’s claims. Many Police officers had been involved in the investigations into the false claims.

The quantitative impact of such falsehoods is not just in terms of the man-hours lost. There were also delays in handling other matters and cases, with impact on members of the public – whose cases could have been handled faster had the time and resources not been wasted trying to investigate an incident which never happened. ”

Public trust in the SPF

Public trust in the SPF is integral to our officers’ ability to carry out our mission effectively, to ensure the safety and security of our people. If the public whom we serve do not trust us, it would be difficult to secure their cooperation, which is often critical to prevent, deter and detect crime and security incidents. False accusations against the Police also have an impact on victims’ trust and confidence in the Police, and may deter victims from coming forward to seek help.

This trust in the Police and our close partnership with the community, are among the key reasons for Singapore being one of the safest places in the world. The Police therefore take all allegations against our professionalism seriously. When allegations are made, we investigate carefully, and if they are true, we take steps to rectify the mistakes, and minimise the possibility of them recurring.

False anecdotes such as the one told by Ms Khan, will cast doubt on, and over time, erode public trust in the SPF. Comments that downplay or dismiss the impact of false allegations against the Police, are discouraging. They can also affect the morale of our officers, who work hard every day to keep Singaporeans safe and secure.

Facebook
Telegram
WhatsApp
Twitter
LinkedIn
PrevPreviousIn 2006, WP candidate James Gomez staged a wayang in front of TV crew to discredit the PAP and ELD
NextPritam Singh to Edwin Tong : I am the Leader of the OppositionNext
On Key 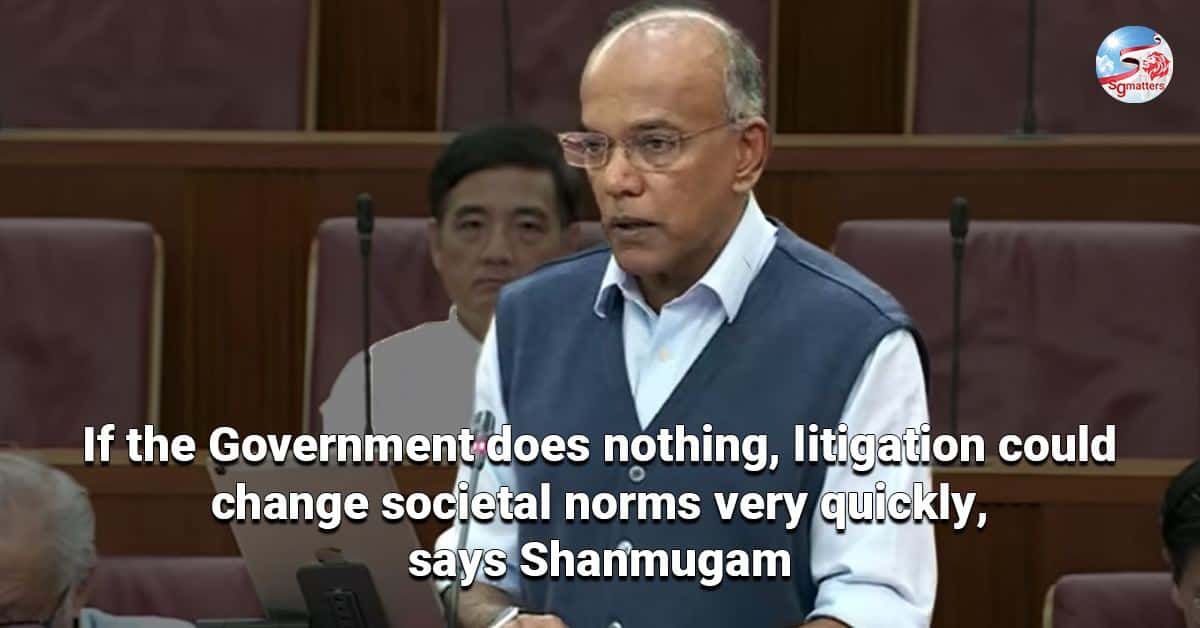