Skip to content
Home » Who is Yeo Wan Ling? The new MP from Pasir Ris-Punggol GRC wants you to reach for the stars
Politics

During GE 2020, PAP fielded 27 new candidates! Hence, it’s not surprising that most of us would be unfamiliar with them.

We spoke with MP Yeo Wan Ling (Pasir-Ris Punggol GRC) to find out what inspires her.

When Wan Ling walks into the room, you can instantly feel the energy spike. Her bubbly demeanour is highly contagious and it’s not hard to tell that she has an adventurous spirit. I was definitely not surprised to hear that she had a very happy and fulfilling childhood. As she spoke to me, I can almost imagine her as her kid self – boisterous, inquisitive and brave.

“I am grateful that my mother believes in having her children enjoy their childhood. You may not believe this but I did not learn to read until I reached Primary One. When my teacher called to say that I was ‘behind’ because I couldn’t read, my mother replied to say, ‘That’s why I sent her to school.’”, Wan Ling recounted.

Being the only child and grandchild in the family for six years before her sister came along, Wan Ling admitted that she was a blessed child. This love and support from her family has become a cornerstone in her life, reassuring her that she can be brave and reach for the stars.

She bears this belief when undertaking uphill tasks, be it in the corporate or political scene.

Project Success and being a Labour MP

Apart from being an MP under the Pasir-Ris Punggol GRC, Wan Ling has also joined NTUC as a Labour MP fronting two units – U SME and the Women and Family Unit. She was eager when telling me about Project Success, which is a job matching platform initiated by the constituency.

During Covid, it has become more pertinent to provide a “safe space” to residents to talk about their career aspirations. Wan Ling believes that it is important for women to support women. She focuses on three groups when assisting with job matching – fresh graduates, women returning to work and retirees.

For fresh graduates, it is important to offer them support and mentorship as they embark on their work journey. Hence, Wan Ling matches these fresh graduates with 120 female union leaders. These leaders offer their stories, experience and expertise while mentoring the new generation of female leaders.

When assisting women who wish to return to work, Wan Ling focuses on boosting their confidence through upskilling so that they can be better equipped and more relevant to the workforce.

Female empowerment in the workplace: Reach for the stars 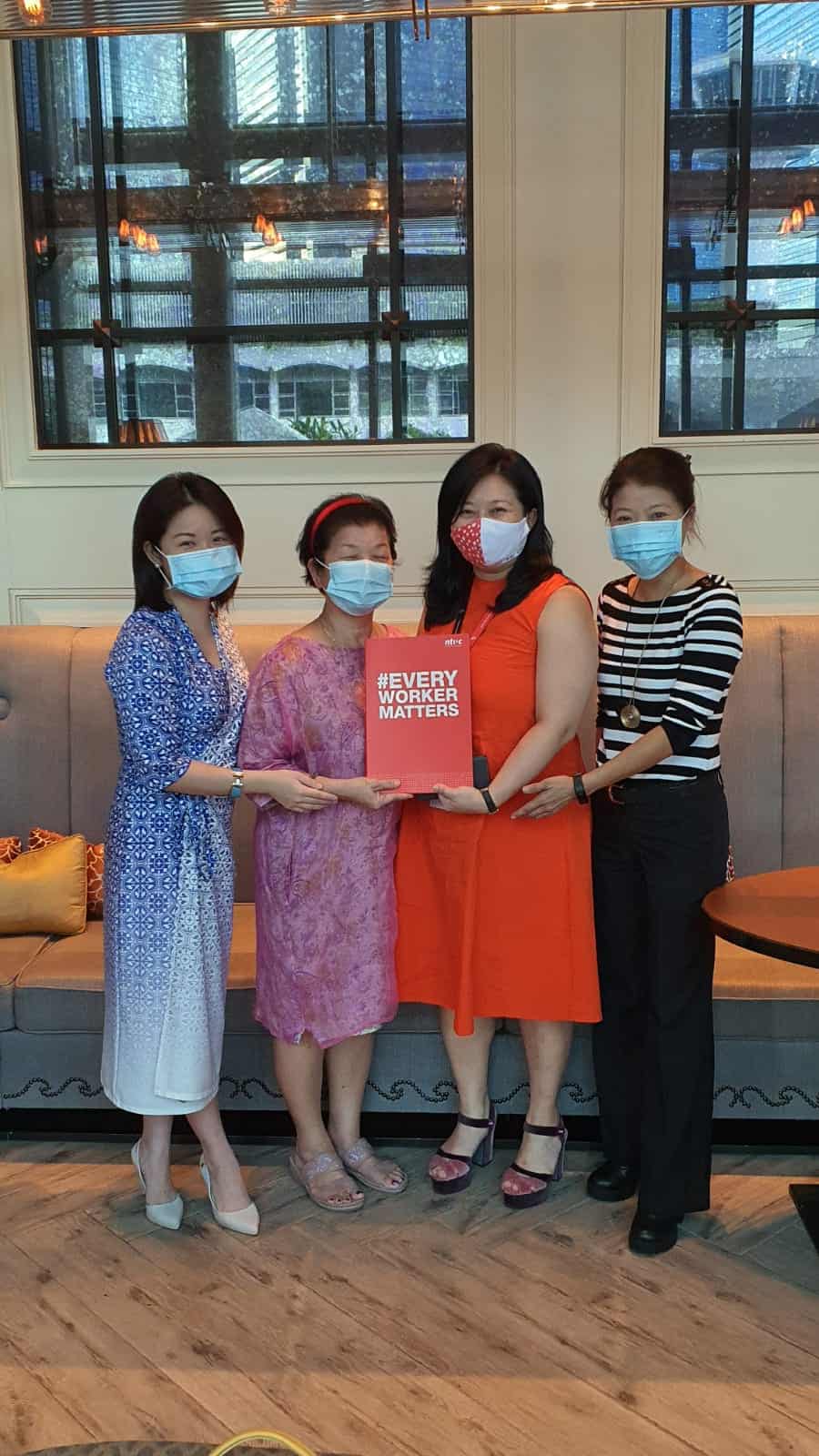 Wan Ling has a personal mantra, “Be like water”, when it comes to female empowerment in the workplace. She believes that it is inevitable for women to face glass ceilings in the workplace, but advises that we take it in our stride and “make it work” by letting our work and competence speak for itself.

She admits that she has come across many stories of discrimination in the workplace, with women being told that they were “underperforming” after they got pregnant. Wan Ling hopes to bring more awareness to these issues through a pragmatic method.

“I believe there’s a need to balance the needs of both sides. We need to enable employers to do well so that employees can also do well. I wish to build a workforce that gives females many choices. That every choice I can offer them would not be seen as second-rate, but the best possible option they can make given their circumstances and needs.”

“I hope women will be protected no matter what choices they make. I want them to reach all the stars. Even as women continue to help each other and be a positive influence, I hope it changes the environment and encourages men to understand and also advocate for women.”

Inspired yet? Cos I sure am and will reach for my stars too :’)