Workers’ Party MP Raeesah Khan was let off with a stern warning for the offence of promoting enmity between different groups on grounds of religion or race.

What did she do?

“She allegedly commented that Singapore law enforcement authorities discriminated against citizens and that compared to other groups, rich Chinese and white people were treated differently under the law,” said SPF in a statement on Jul 5.

“In the context of a news article on the City Harvest Church ruling, Raeesah Khan allegedly commented that Singapore jailed minorities mercilessly, harassed mosque leaders but let corrupt church leaders who stole S$50 million walks free, and questioned who had been paid.”

What now for her?

Considering that her party chairman Sylvia Lim recently spoke in Parliament about being race-blind, let’s hope that Raeesah Khan will take full heed of her chairman’s words and be ‘race-blind’ and completely cease from making any racist remarks in the future because she may not be so lucky the second time.

There is no place for racism in Singapore, regardless of one’s position, station or status in life. We are a diverse society. We embrace diversity not by being ‘race blind’ and pretending we are all the same, but by acknowledging we are different, embracing and accepting our differences and building on the common space that we also share.

Our diversity is our strength because through diversity, we learn from each other’s strengths and make up for our weaknesses.

What do netizens say?

Let off too lightly 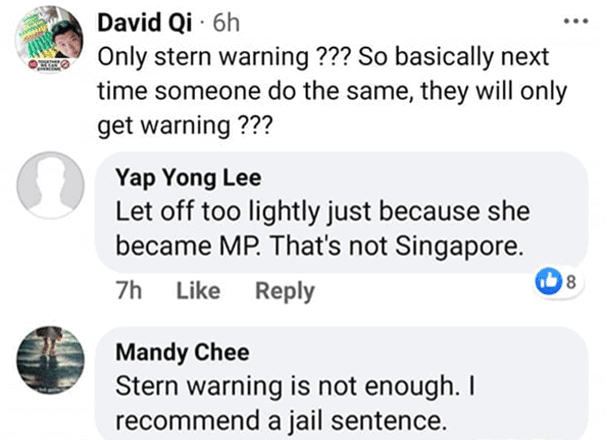 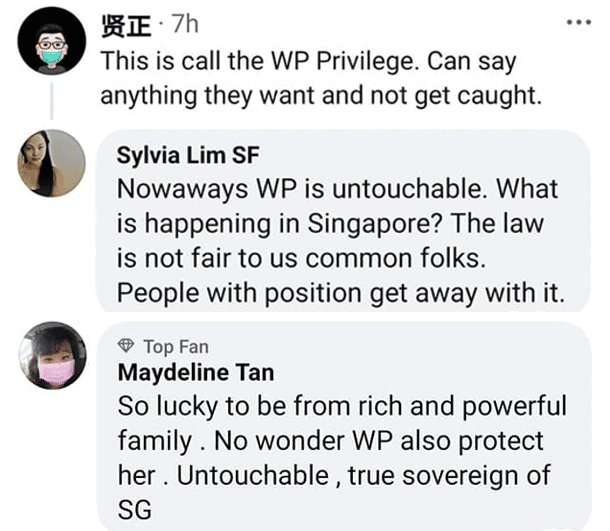 No place for racist MP in Parliament

Is she able to represent Singaporeans of all races and religions? 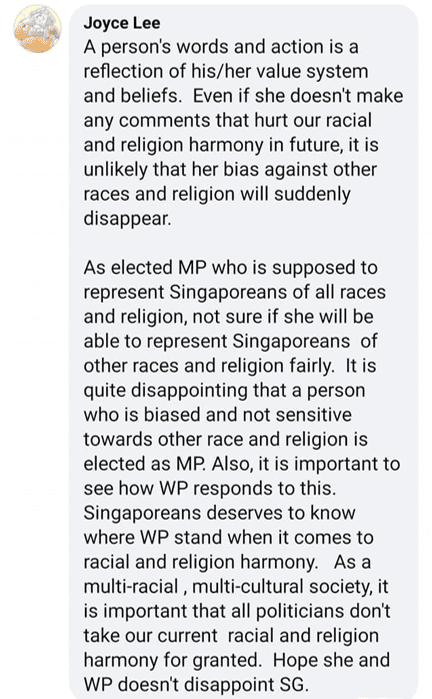 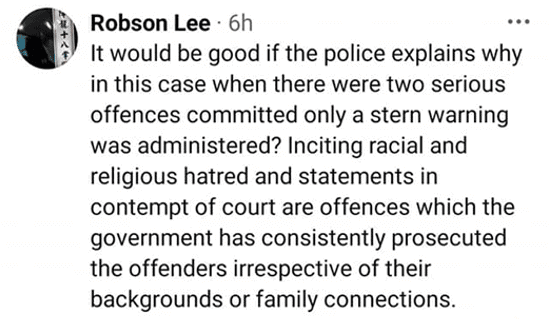 SPF must explain why only a stern warning 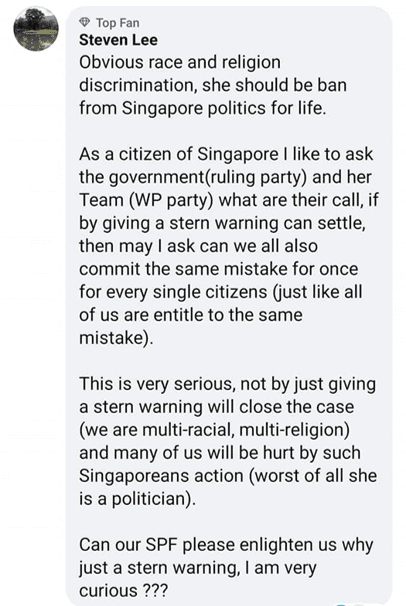 Her approach is rash, reckless and dangerous 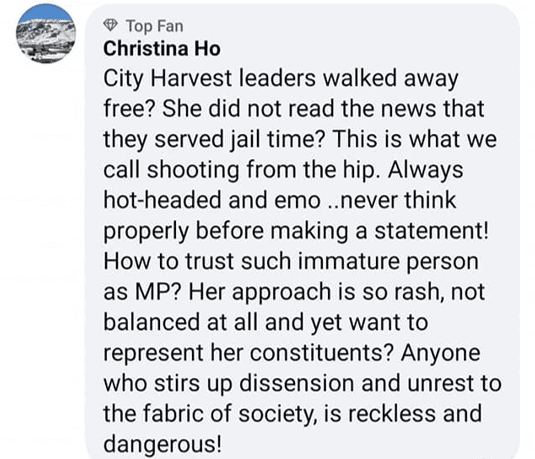 Where is the review Pritam Singh promised? Another broken promise?

When a police report is made, police will have to act on it and do an investigation, regardless of who the report is filed against.

What did Goh Beng expect the police to do? Look at the report and say, ‘Oh, it’s Raeesah Khan from WP. No need to investigate.’  Police are supposed to investigate every report without fear or favour.

Stern warning for the offence of promoting enmity between different groups on grounds of religion or race.Let's hope…

Singaporeans respond to new restrictions ahead of CNY 2021 celebration