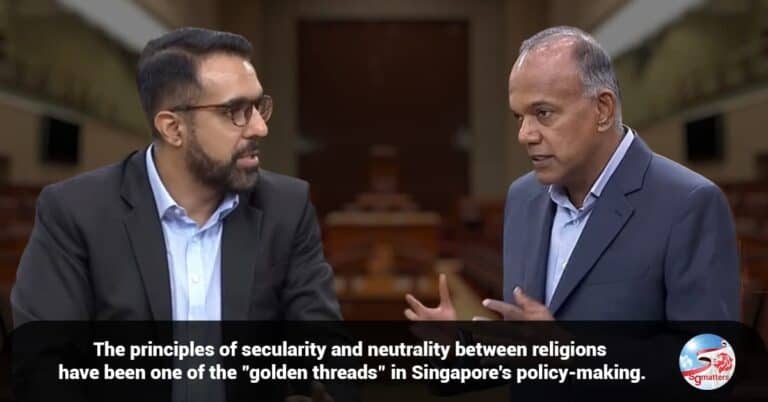 In Parliament, the Leader of the Opposition Pritam Singh asked the Law and Home Affairs Minister K Shanmugam if there was a danger that laws and policies could be tilted in favour of any particular religion because of the religious beliefs of the top Civil Servants.

“Is there a danger in Singapore that laws and policies could be tilted towards particular religious beliefs, for example, because of… the religious beliefs of senior civil servants or people of influence, if not now maybe sometime in future?” Mr Pritam asked.

He asked this question in reference to the case of a 16-year-old Protestant Christian of Indian ethnicity who had been detained after making plans to attack two mosques here.

Responding to his question, Mr Shanmugam said decisions in public policy-making are not made favouring any particular religious group.

Mr Shanmugam pointed out that the Ministry of Home Affairs is “at the forefront of dealing with religious issues”.

“We meet different religious leaders, we work hard to preserve religious harmony amongst the different faiths. Our integrity, honesty, reliability and neutrality are key to us and those are the currencies we deal in,” he said.

Now, folks. Pause for a moment and ask yourself, what has the detention of a Protestant Christian boy of Indian ethnicity got to do with the religious beliefs of top civil servants? 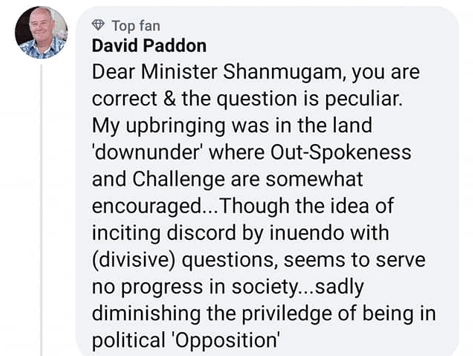 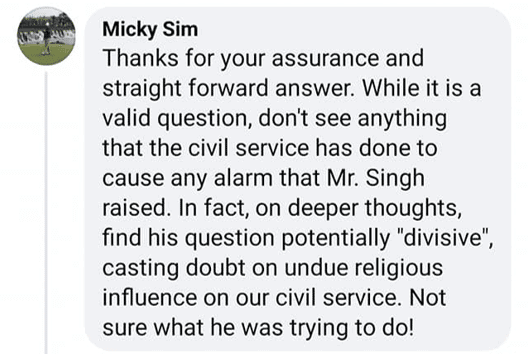 What is the safeguard?

Mr Shanmugam told Mr Pritam that the principles of secularity and neutrality between religions have been one of the “golden threads” in Singapore’s policy-making.

“The safeguard against this becoming an issue starts with politics, how we conduct it. And religion – how important do we make it in politics? In the midst, do we dog whistle?”

It is the responsibility of both sides of the House to safeguard against such influence of religion into politics, said Mr Shanmugam.

Mr Pritam Singh later clarified that he was not suggesting that some civil servants are biased. He said his motivation was to seek a restatement from the Government on its position towards secularism.

Pritam’s question on the danger of policies being influenced by religion and his clarification that he was seeking a restatement from the Government on secularism reminds me of the exchange between Minister Shanmugam and WP Faisal Manap who in 2019 said that he did not fully agree with the principle of the separation of religion from politics because Islam covers every aspect of life. 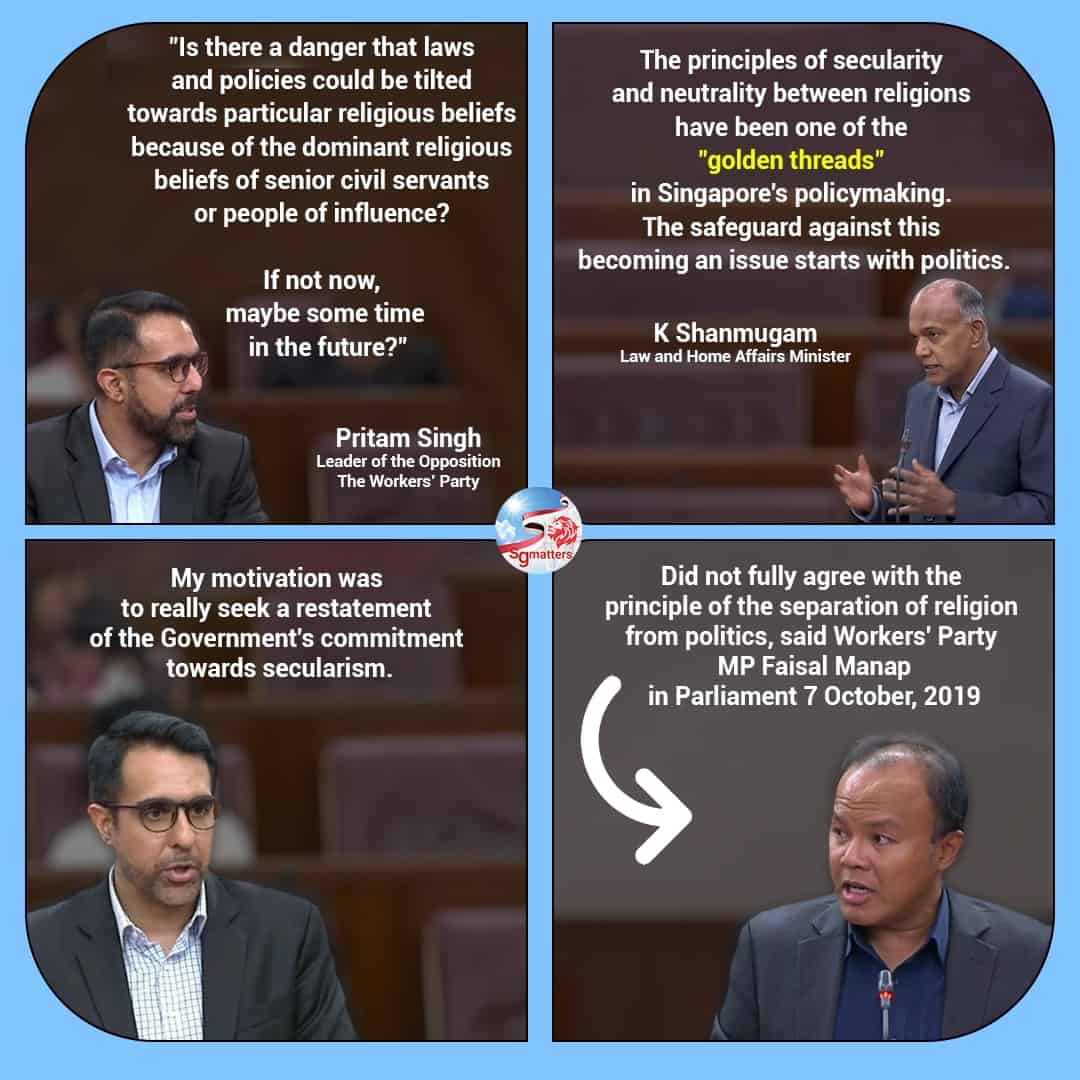 It would be good if Mr Pritam Singh can be clear about his own party stand on secularism and the separation of religion and politics. It would be good if Pritam can give an assurance that regardless of his party members’ religious affiliations, they will always keep religion out of politics.

May 30, 2022
PrevPreviousJamus Lim disappoints with his economic policies
NextWP irresponsible to mislead on our fiscal position to pursue a populist position on GSTNext
On Key