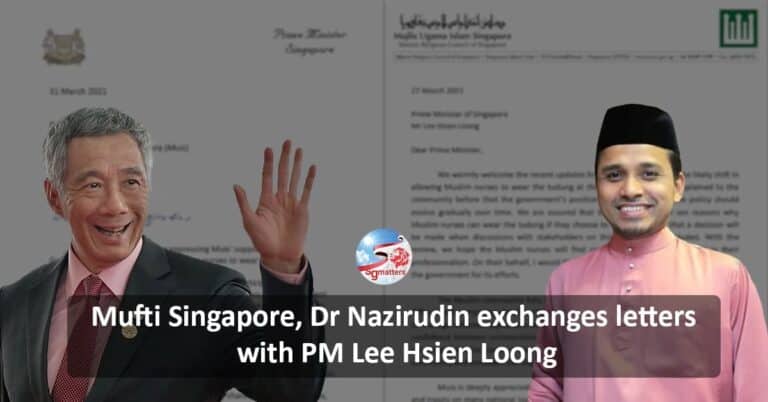 The Mufti of Singapore welcomes updates from the government on a likely shift in allowing Muslim nurses to wear the tudung at the workplace.

In a letter to PM Lee that is dated 27 March, the Mufti Dr Nazirudin Mohd Nasir expressed Muis’ deep appreciation of the opportunity to ‘continuously provide feedback and inputs on many national issues, including on the tudung’.

Dr Nazirudin said the Muslim community fully appreciates that this is a complex decision with many difficult and competing considerations. 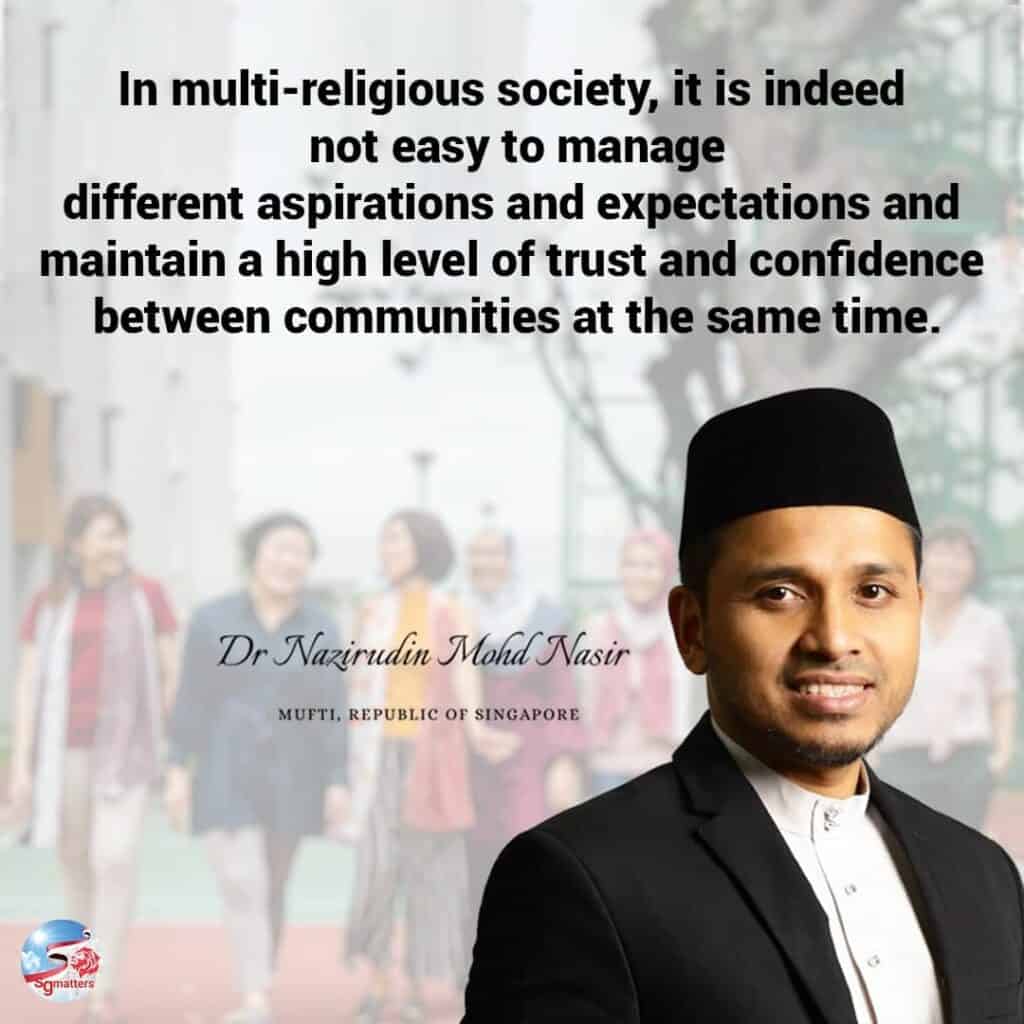 Dr Nazirudin also expressed Muis’ support for “the government’s secular and neutral stance in treating various religious groups evenly, while it consults the community and considers the impact of its policies on society.”

Muslim religious teachers agree that any policy change should be done sensitively without undermining our social cohesion.

As societies around the world become increasingly polarised, it is more important than ever that we affirm our commonalities, emphasise our shared values and purses the common good together. Singapore’s diversity can be a strength as long as we remain united and cohesive as one society.

“We are presently considering how this can be done,” he said.

Living peacefully and closely together

“Singapore,” PM Lee said, “is one of the few countries in the world where different races and faiths live peacefully and closely together.”

“Our racial and religious harmony is based on treating everyone equally without prejudice or discrimination, and building a national identity shared by all communities while allowing each community to practise its faith and way of life,” Mr Lee said.

“We have done this through mutual accommodation, compromise and trust-building by all groups. Over time, we have reached a delicate balance that considers the interest of all communities,” Mr Lee added. This delicate balance that we have reached is a dynamic one, Mr Lee said.

As younger generations of Singaporeans grow up and attitudes change, new issues and pressures arise but these must be addressed taking into account Singapore’s context, Mr Lee said.

Any change we make must be carefully considered and gradual. Only thus will the changes be understood and accepted by all communities, and the outcomes reinforce rather than weaken our racial and religious harmony.

Mr Lee thanked Dr Nazirudin and Muis for helping to build Singapore’s racial and religious harmony, which the Republic has enjoyed for more than half a century. 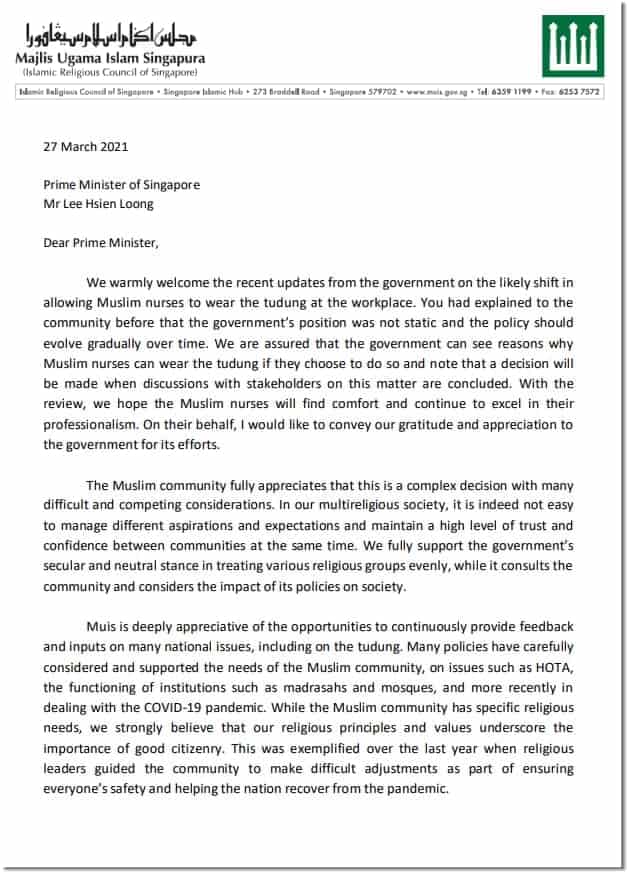 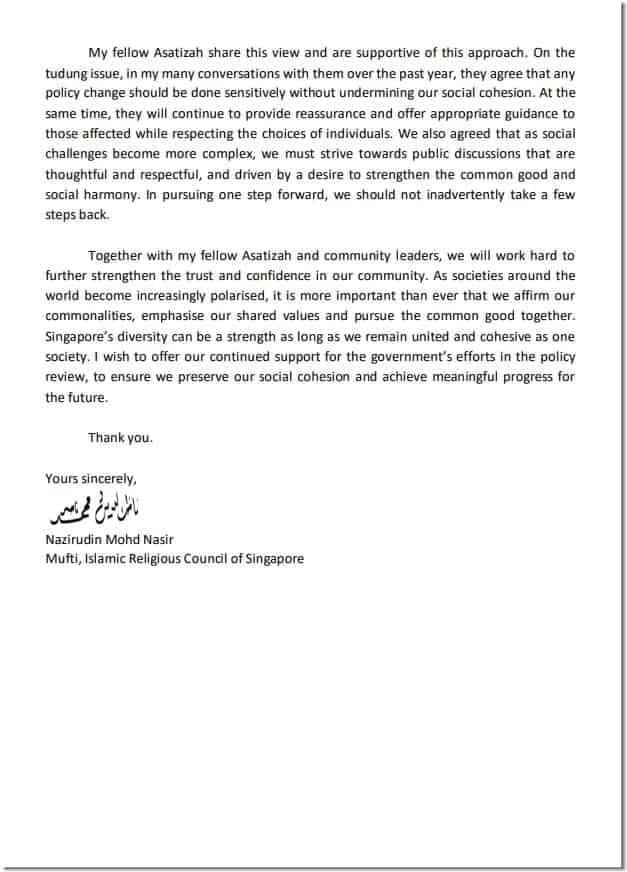 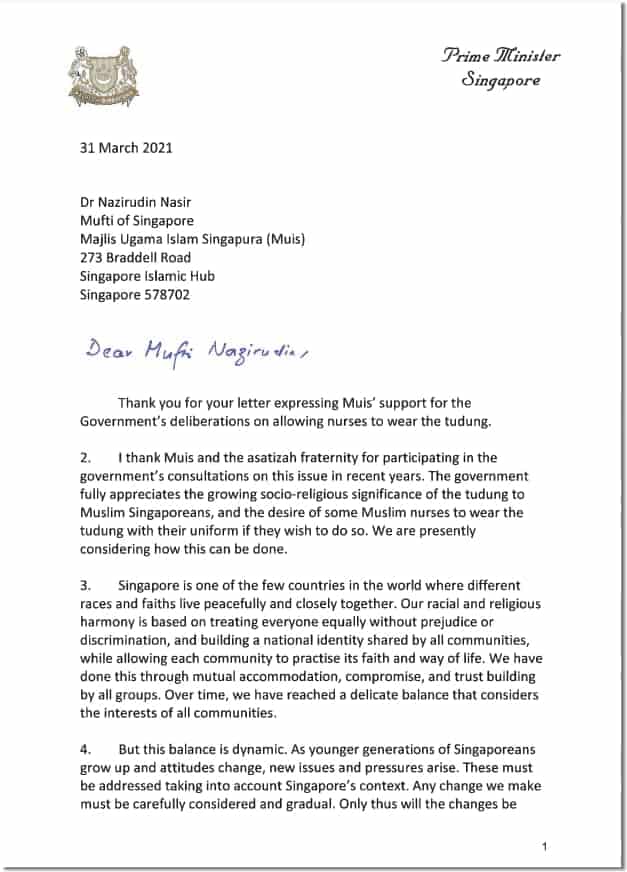 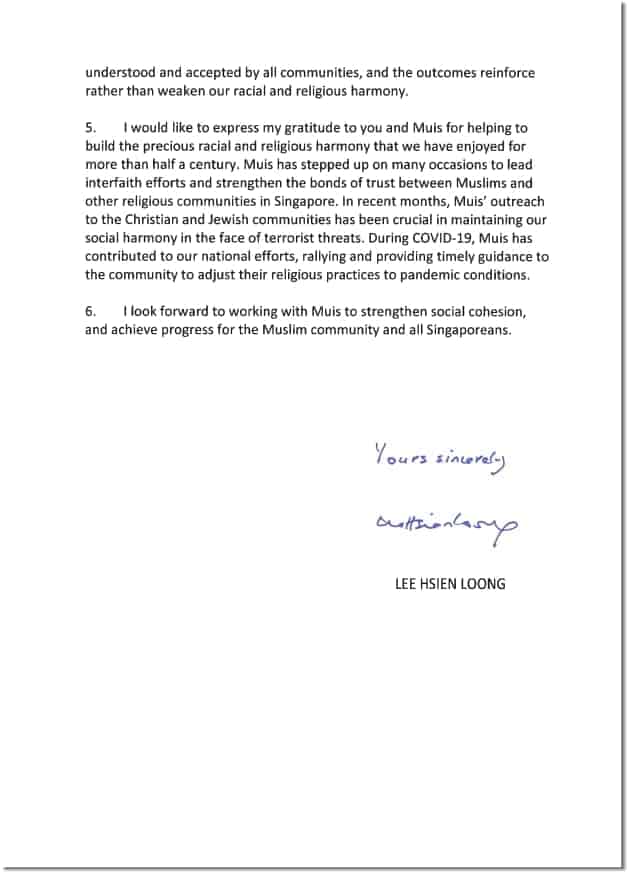