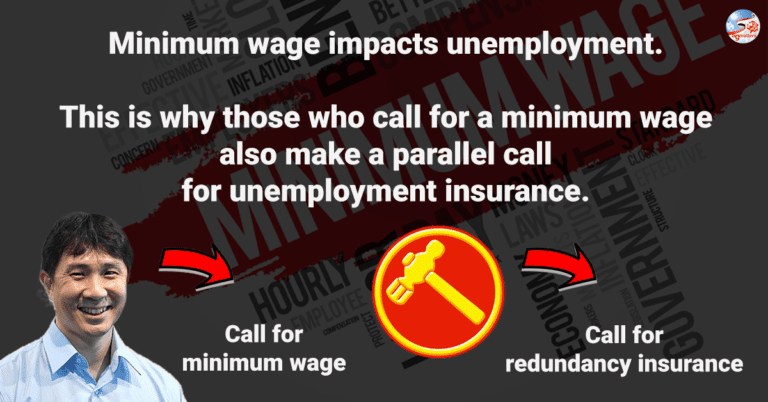 Why the PAP government prefer Progressive Wage Model over Minimum Wage? The problem with a minimum wage is that the worker is stuck with that wage with no wage increase. There is little incentive for employers to pay above the minimum.

In many countries where a minimum wage is legislated, it has done little to uplift the low wage worker or narrow the income inequality.

Negative consequences of a minimum wage

A national minimum wage is a blanket floor wage across industries.

The question we ask is: what is the acceptable minimum wage?

Set arbitrarily, it may end up hurting the low wage workers it purports to help, a scenario repeated in many countries with a national or universal minimum wage.

Too high, and it will result in unemployment for some people. Too low, it will not achieve its purpose.

How can the incomes of the working poor be raised without the mentioned negative consequences of a minimum wage policy? How can we ensure that workers do not lose their ability to stay employed?

The superiority of the Progressive Wage Model

Like the Minimum Wage model, the Progressive Wage Model also has a floor wage.

This enables the model to avoid the negative consequence of a minimum wage that (1) if set too high, will result in unemployment, and (2) if set too low, will fail to achieve its purpose.

Wages are tied to productivity.

The Progressive Wage Model also maps out the pathways by which a worker is able to earn more through skill-training and upgrading. This ensures that a worker can stay employed and earn more. It also avoids the situation of a ‘sticky’ wage where the worker is stuck with earning the same wage until the next review of the minimum wage which could take years.

Poverty remains a significant problem in countries that have a minimum wage. Full-time minimum wage workers in the US cannot afford a two-room rental in any state even if they earn US$18.22 an hour.

In Singapore, at least 80% of low-income workers are homeowners. How did we do it?

Uplifting the living standard of the poor is a complicated matter. It takes more than a minimum wage to uplift the poor.

Singapore has taken a holistic approach to help the poor.  In addition to the Progressive Wage Model, there is Workfare to supplement the income of those who work while mitigating income inequality, generous housing grants for homeownership, generous subsidies ensuring access to quality education and healthcare and so on.

Because minimum wage is politics. It is a politician’s popular call that endears them to voters. Everyone loves a ‘compassionate’ politician.

But the minimum wage is at best a lazy solution to complicated problems, and at worst, a cosmetic touch that looks good on the outside but does little for the inside.

The best welfare for a worker is employment, not unemployment insurance.

Workers’ Party call for a national minimum wage of $1300.

Under the Progressive Wage Model, many workers are already earning a minimum of $1300. Take a look. 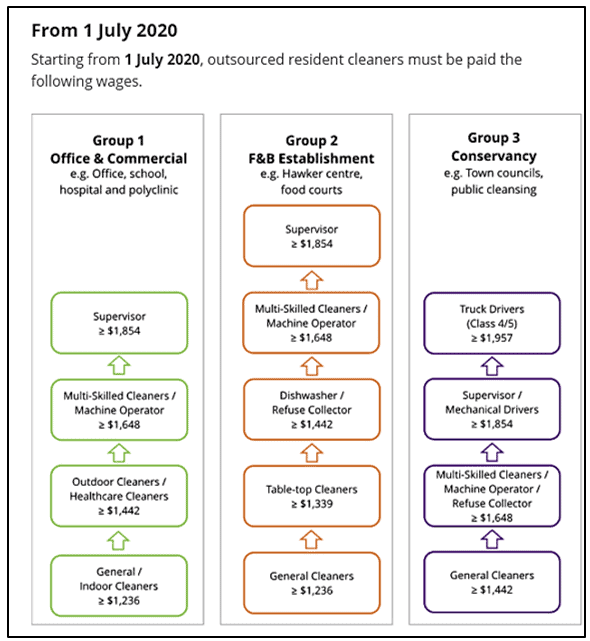 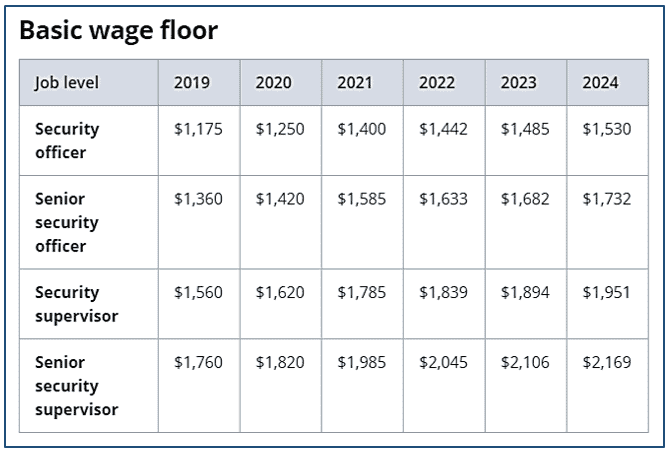 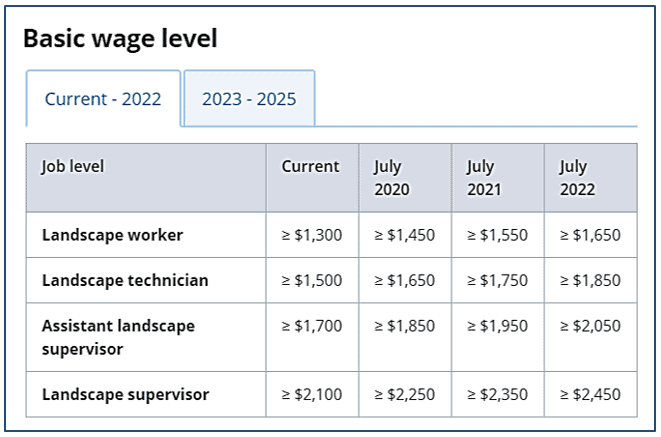 Over 78,000 workers from the cleaning, security and landscape sectors have so far benefited from the Progressive Wage Model. 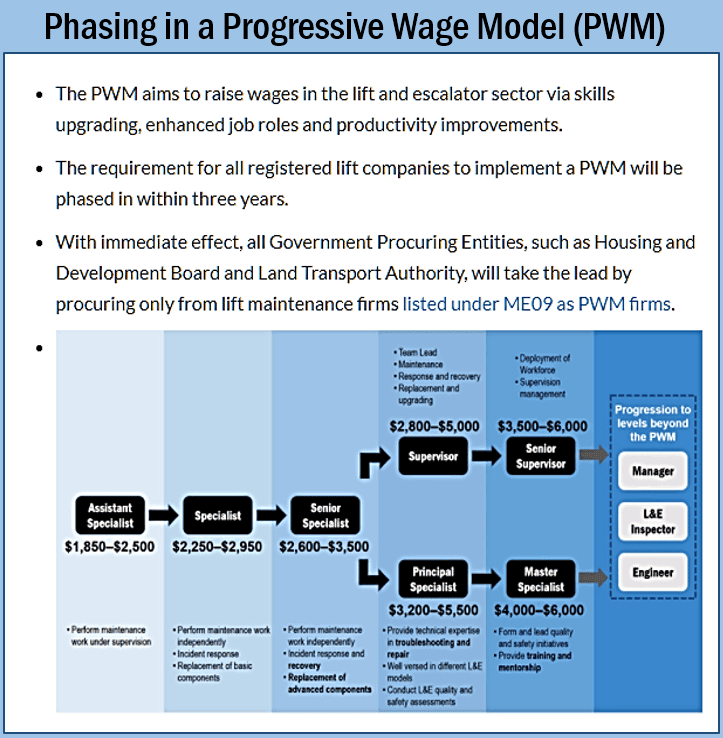 The Tripartite Cluster for Lift & Escalator Industry which forms the fourth such cluster will be phased in in stages.

I say we expand the Progressive Wage Model.

May 13, 2022
PrevPreviousFrom co-driver to free-rider; the free-riding politics of Workers’ Party
NextWhat did Mr Lee Kuan Yew say to the legal fraternity?Next
On Key