You may have heard the news that NTUC LearningHub CEO Kwek Kok Kwong passed away suddenly on Saturday, 14 Nov. He was only 53 years old.

The news came as a shock to those who knew him, as evident from the Facebook tribute page that was set up to honour him.

On Saturday, Mr Kwek had been out cycling with his friends when he suddenly collapsed and could not be resuscitated. He leaves behind his wife and two adult children.

In a time of bereavement, it is the human and decent thing to show some respect and offer your condolences. More so when the passing of a person is sudden and unexpected. If one has nothing good to say, it is better to keep quiet than let your fingers run wild on the keyboard. As is the case with the readers and netizens at The Online Citizen. Here’s a sampling of the hate speech spewed there. It tells you more about the commenter than the deceased.

He hates just because he has a perceived association of the deceased with the MIW (men in white). 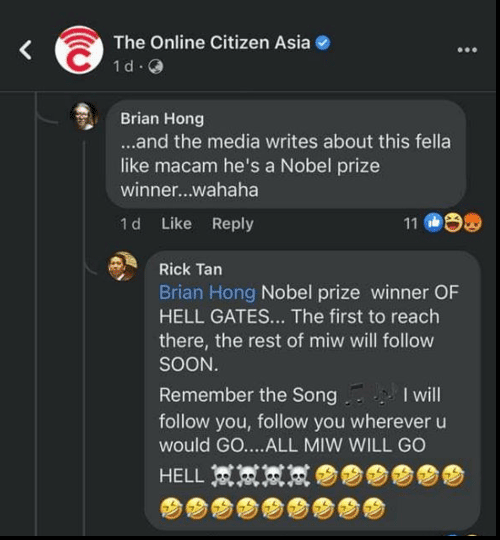 They hate just because they hate PAP. 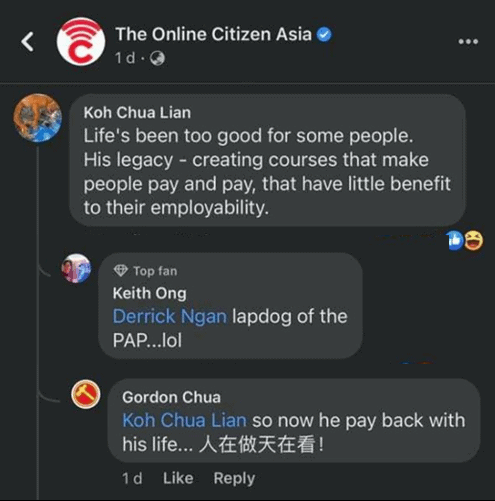 Even Ah Kong is not spared in their hate.

You know they have no reason for the hate other than that they hate when all they have to say is ‘paper general’. 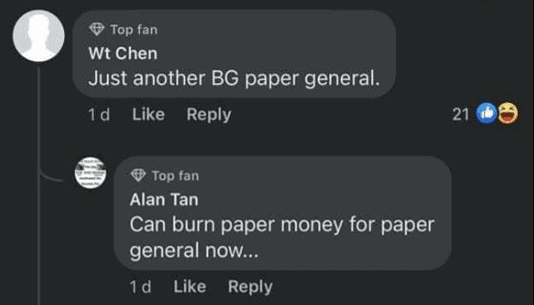 He even appoints himself spokesman for God. Does he realize that karma sees hate speech too?

This guy gives a ‘thumbs-up’. You can’t help but wonder if he hates because he is jealous.

The sheer ignorance and hate expressed by people who do not know him contrast sharply with those who knew him personally. Friends and colleagues paid tribute to a man who was gentle and kind, uplifting and inspirational. In his 8 years with NTUC Learning Hub, he has contributed greatly to the training needs of Singaporeans. He played a leading role in spearheading many upskilling initiatives including digital upskilling. 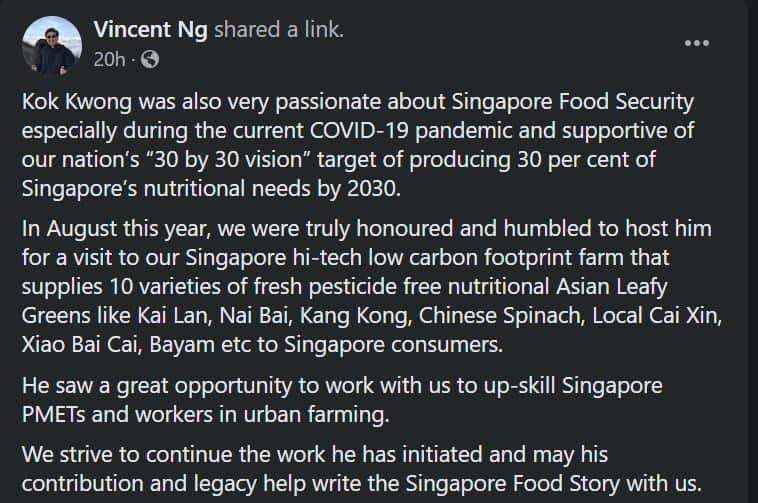 A good heart has stopped beating, a good soul ascended to heaven.

“If you have nothing nice to say, don’t say anything”.  To netizens who think it’s acceptable to pass nasty comments casually, we hope that such tragedy wouldn’t befall your family.

We express our deepest condolences to the family and friends of Mr Kwek Kok Kwong for their loss.