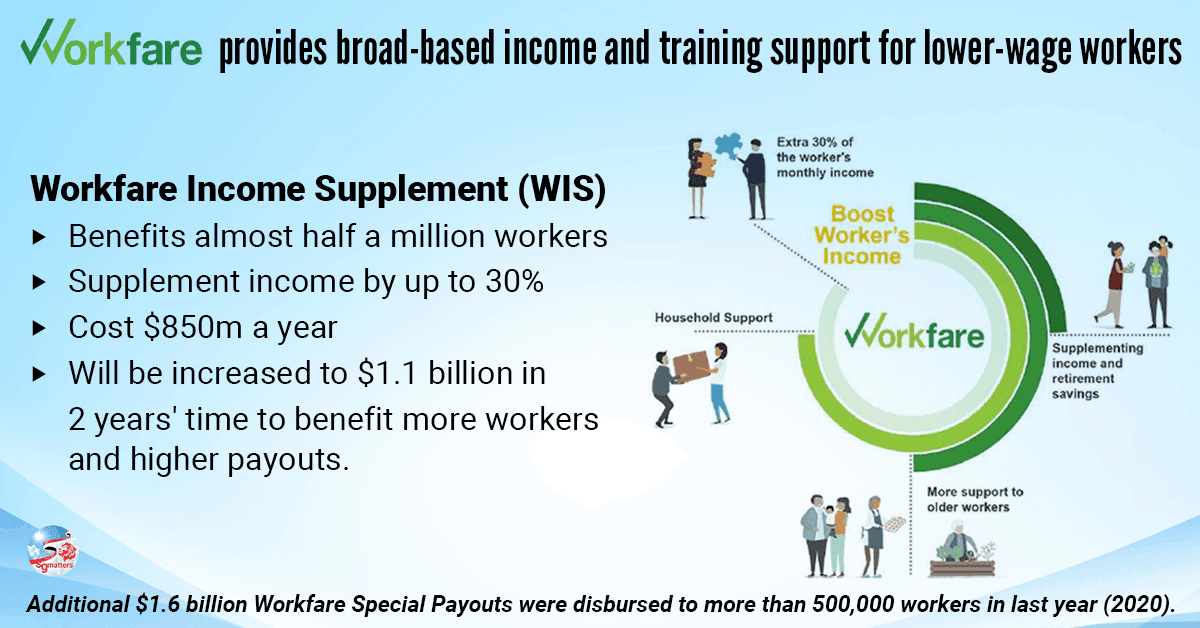 Workfare Income Supplement or WIS costs the government $850 million a year and benefits almost half a million workers. It was introduced in 2007 to boost income and retirement savings. As PM Lee said, WIS is effectively a negative income tax with the government topping up incomes rather than taxing the incomes.

In two years’ time, WIS will be raised to $1.1 billion a year for higher payouts as well as to benefit more Singaporeans when the qualifying age is lowered from 35 to 30.

Last year, during the debate on the Progressive Wage Models and Minimum Wage, some people had rejected the argument that WIS formed part of a worker’s income. They insisted that a worker’s income must be calculated based on their salary from work alone. Their argument is an unreasonable one.

In reality, we have to accept that not every worker will be equally productive. Some – not all – physically and intellectually challenged workers may be less productive but still capable of work. Work gives them a sense of independence and self-worth, and their time is meaningfully spent. It would be unreasonable to expect the employer to pay them the same wage they would an abled person. As Dr Koh Poh Koon explained at that time, persons with disabilities should be supported through other measures instead of putting the burden on employers.

Insisting that they be paid the same minimum wage as any other abled person may deter a prospective employer from hiring such workers. This is a real consequence to consider.

There is another category of people who because of circumstances, are unable to work full-time. They could be caregivers who divide their time between working part-time and caregiving at home. These people can get a boost in their income from WIS, subject to age and income qualifying criteria.

Even a self-employed person can get a boost in income through WIS.

Workfare is the fourth pillar of our social security system. It aims at supplementing incomes to mitigate inequalities. 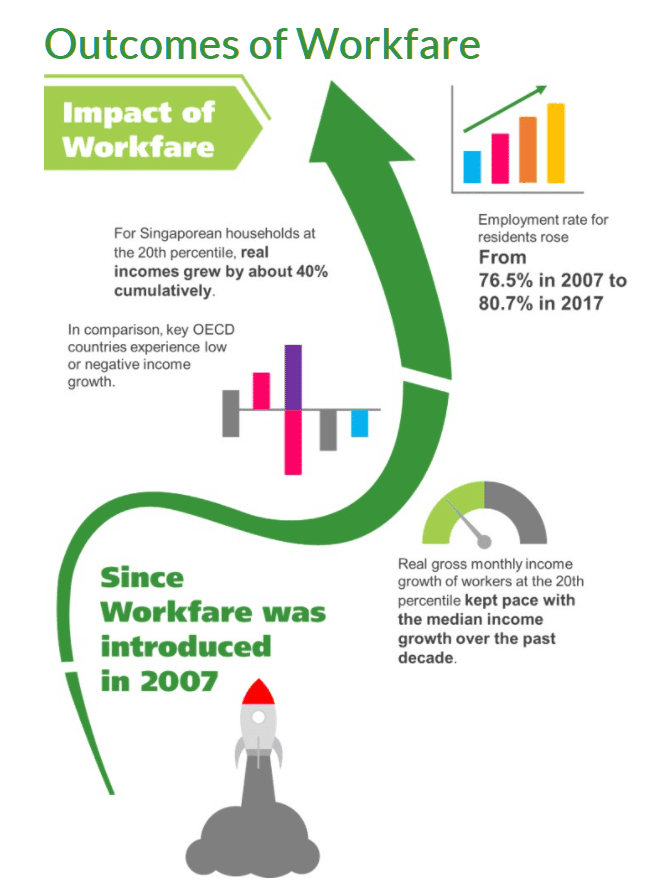 The results speak for themselves. Through Workfare Income Supplement, Singaporean households at the 20th percentile have seen real income increase by 40% cumulatively.