The idea that growth and carbon reductions are somehow “complementary” is absurd, unless we are able to produce goods & services without energy consumption, wrote Donovan Choy in response to Jamus Lim’s latest Facebook post.

Trade-offs should be honestly acknowledged by environmentalists rather than obfuscated, he said. Only when trade-offs are honestly presented can the conversation be constructive in assessing how big of a trade-off public policy should make or how it should be minimised, he added.

What WP Jamus Lim is doing is ‘politicking, and pulling a fast one over your eyes – plain and simple’, said Donovan.

There’s a popular quote by the economist Thomas Sowell that goes:

“The first lesson of economics is scarcity: There is never enough of anything to satisfy all those who want it.

And that’s exactly what we see at play here.

The highlighted text by the WP MP Jamus Lim is of course, a load of bull. 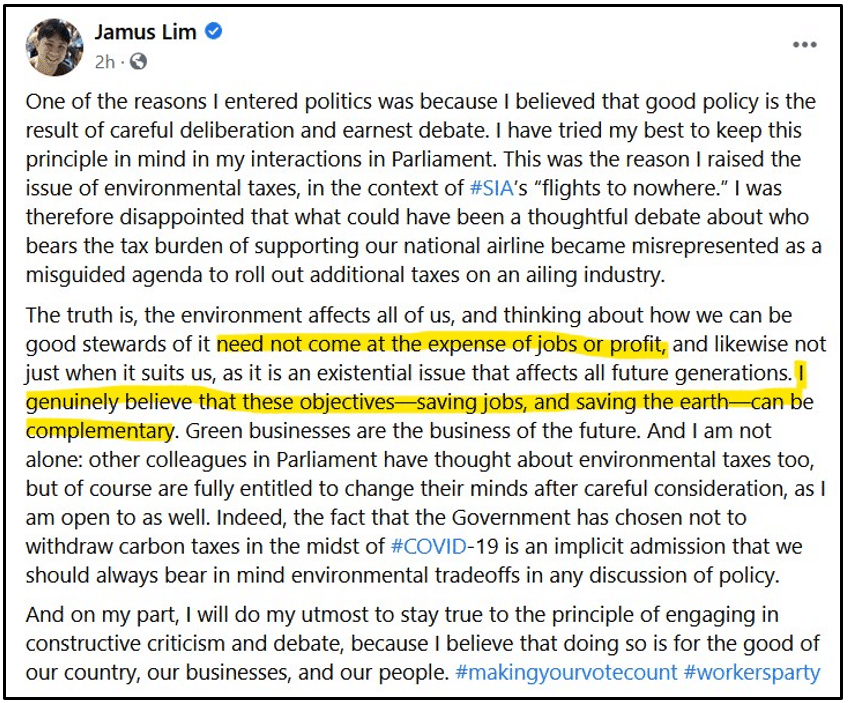 If you impose a tax on firms to lower carbon emissions, economic growth and jobs will come at its expense, unless you believe shareholders will sit passively in their thousand-dollar ergonomic chairs and not react to revenue losses.

Vice versa, if you want a healthy, growing economy, it means accepting increased energy consumption and that some pollution is necessary to allow that trial and error competitive dynamism of a market economy.

There’s no two ways about this simple logic. Anyone who tells you otherwise is politicking, and pulling a fast one over your eyes – plain and simple.

Of course, this is not to say that the environment SHOULD always come at the expense of maximising economic growth, which is a separate normative question.

You can believe that climate change is happening and that environmental values are worthwhile pursuing, while at the same time desiring jobs and growth. But this trade-off should be honestly acknowledged by environmentalists, rather than obfuscated. When that trade-off is honestly presented, then the conversation can be about constructively assessing how big of a trade-off public policy should make (and I do think there should be one) or how it should be minimised.

But arguments that trot out economic boogeymen such as these only serve to bog down this conversation, and is quite contrary to the MP’s stated purpose of “earnest debate”. The idea that growth and carbon reductions are somehow “complementary” is absurd, unless we are able to produce goods & services without energy consumption. [Emphasis added]

May 30, 2022
PrevPreviousOur government is spoiling us and, inevitably, setting themselves up for failure.
NextPritam Singh calls for universal minimum wage; netizens reactNext
On Key 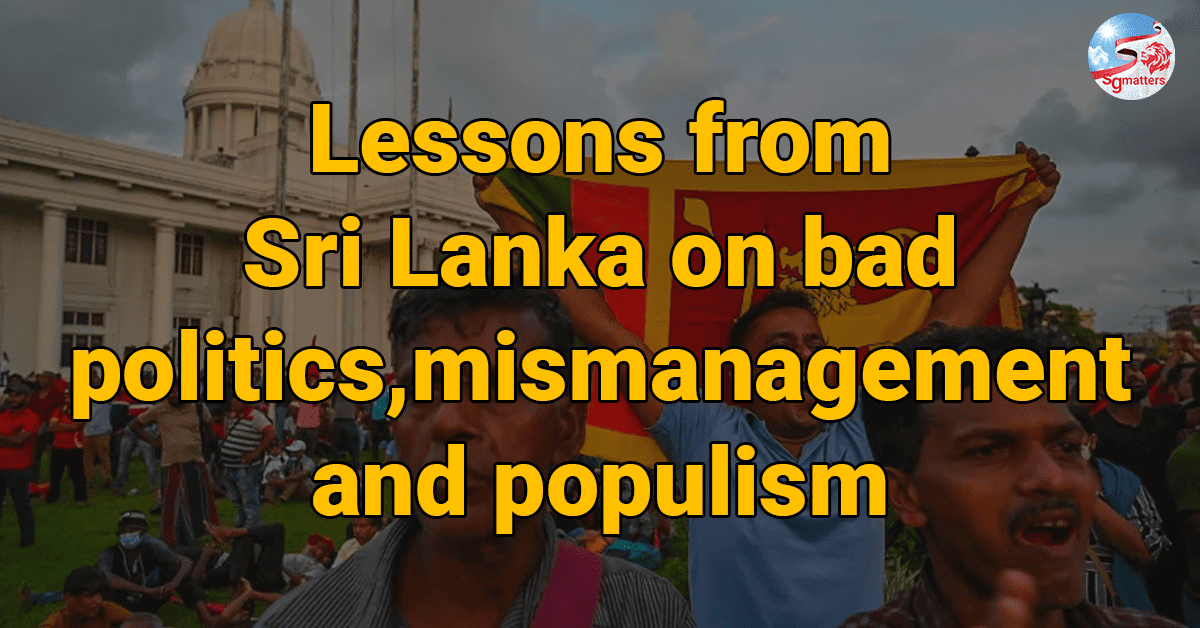 Good politics, honesty and integrity, and good governance are topics the PAP Government repeatedly remind Singaporeans of, sometimes like a broken record. But the experience