Skip to content
Home » How many times did WP Raeesah Khan lie? Why did she admit to lying?
Current Affairs

How many times did WP Raeesah Khan lie? 3 times according to proceedings in Parliament on 1 November.

She first made the claim that she had accompanied the rape survivor to make a police report on 3 August 2021. She repeated this claim when asked by Minister of State (Home Affairs) Desmond to provide details so that police could conduct an investigation as her allegation was a very serious one.  (You can read it here.)

2 months later on 4 October, she confirmed to Mr Shanmugam in Parliament that her account that she accompanied a rape survivor to make a police report was true. (You can read it here.)

Consequence to her claim, the police had spent a lot of time searching their records but could not no cases that fitted her description.

Mr Shanmugam had said then, “Our focus is on the Police officers, the reputation of the Singapore Police Force, to help the victim, and for us to find out what happened, and to try and make sure the Police officers understand better if indeed it happened in this way, and change their behavior if necessary, and for the message to go out to all Police officers.” (Read more here.)

Two email requests sent by the police to Raeesah Khan requesting her to arrange for an interview with police were ignored. (You can read it here.)

Left with no way out, Raeesah admitted in Parliament that her anecdote was a lie.

We now know that her anecdote came from a sharing in a support group of which she was a part. She did not know any details of the story, nor did she have the consent of the survivor to share the story.

Why did Raeesah Khan lie?

The puzzling question is: why did she lie? She could have spoken up for rape survivors without this anecdote. Or as Leader of the House Indranee Rajah noted, she could easily have related the anecdote by saying that she heard from someone who had this experience. She wouldn’t need to refer to the support group or even disclose its existence, and there was certainly no need to reveal that she was part of the support group.

“In my haste and in my passion to advocate for survivors like myself, I did a mistake,” was Raeesah’s response.

This isn’t the first time she made a mistake because of her passion. 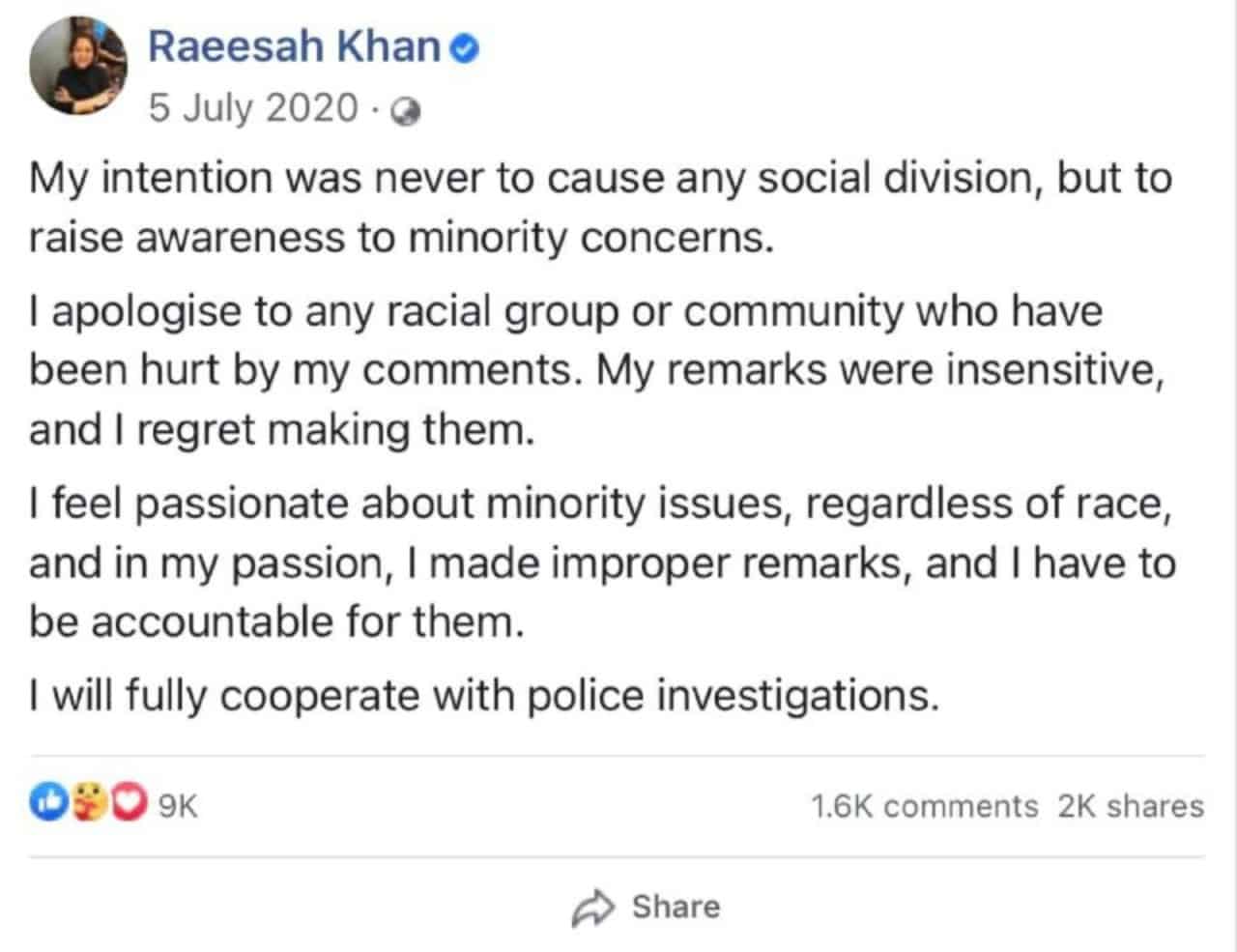 Singaporeans did not take well to her lie. 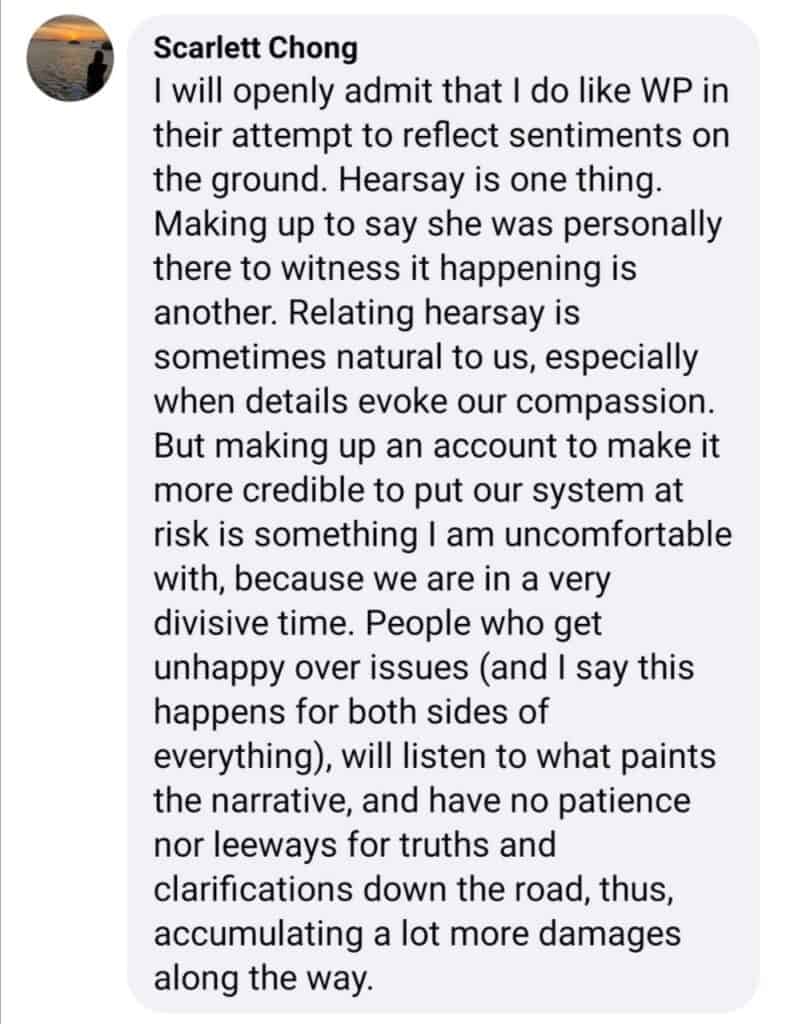 Passion and compassion are good but it is just not right to make up a story and insert oneself into the story to make it more credible while attacking an organisation. As it is, we are already in  very divisive time.

Raeesah did not voluntarily admit to lying. It wasn’t because there was an awakening moment where she realised it was wrong and therefore decided to admit to lying. She made her admission because there was no way out of the lie for her. Police were persisting with their investigations. In her admission, she decided to talk about her own ‘experience’ to seek sympathy and to distract from the fact that she lied in Parliament. 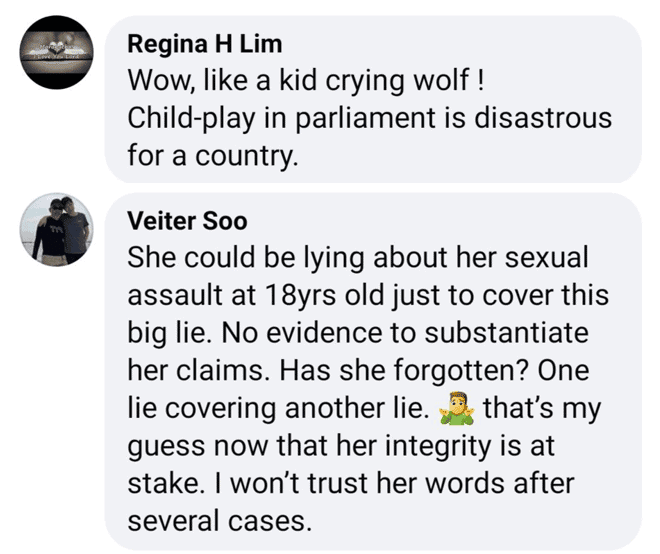 It’s just one lie too often. The price of lying is the loss of credibility. 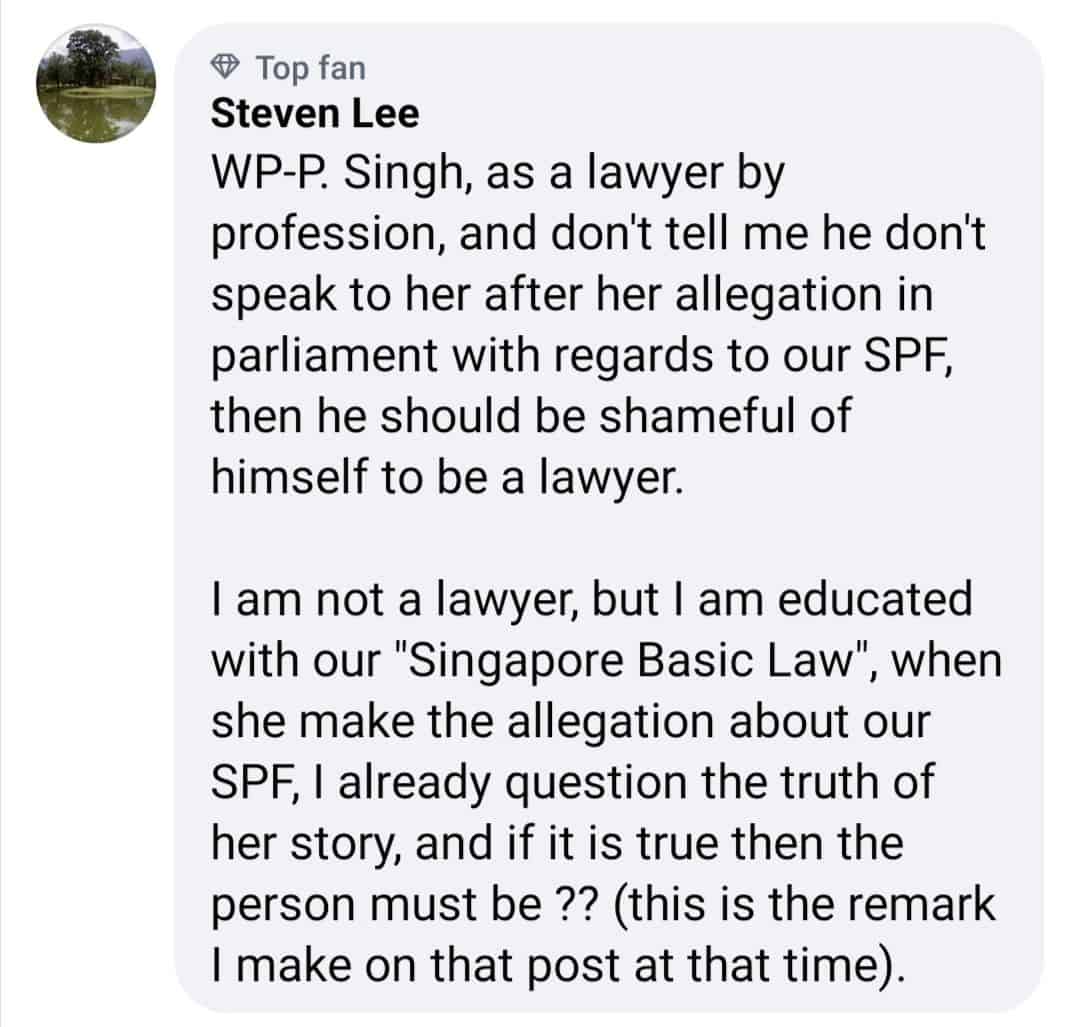 It’s amazing that the leader of WP, Pritam Singh did not speak to Raeesah after she made that allegation in Parliament. Is it not a serious matter to him, a lawyer? 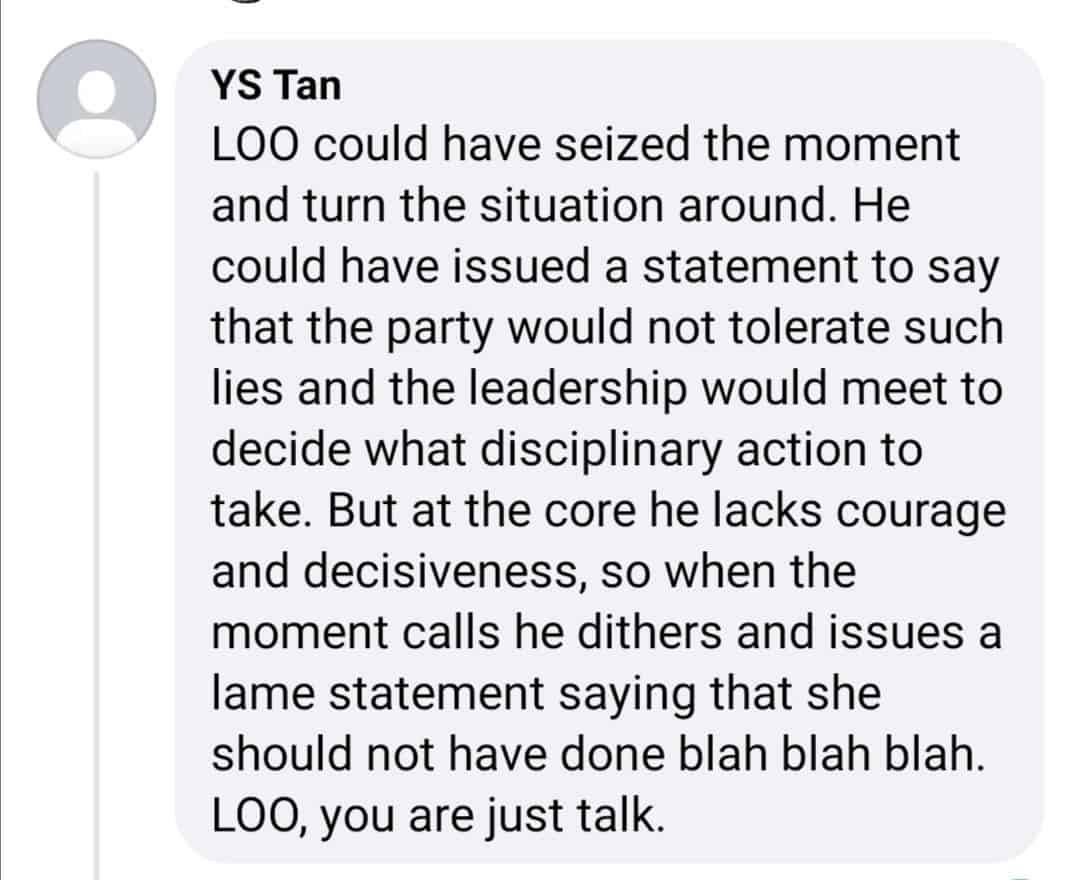 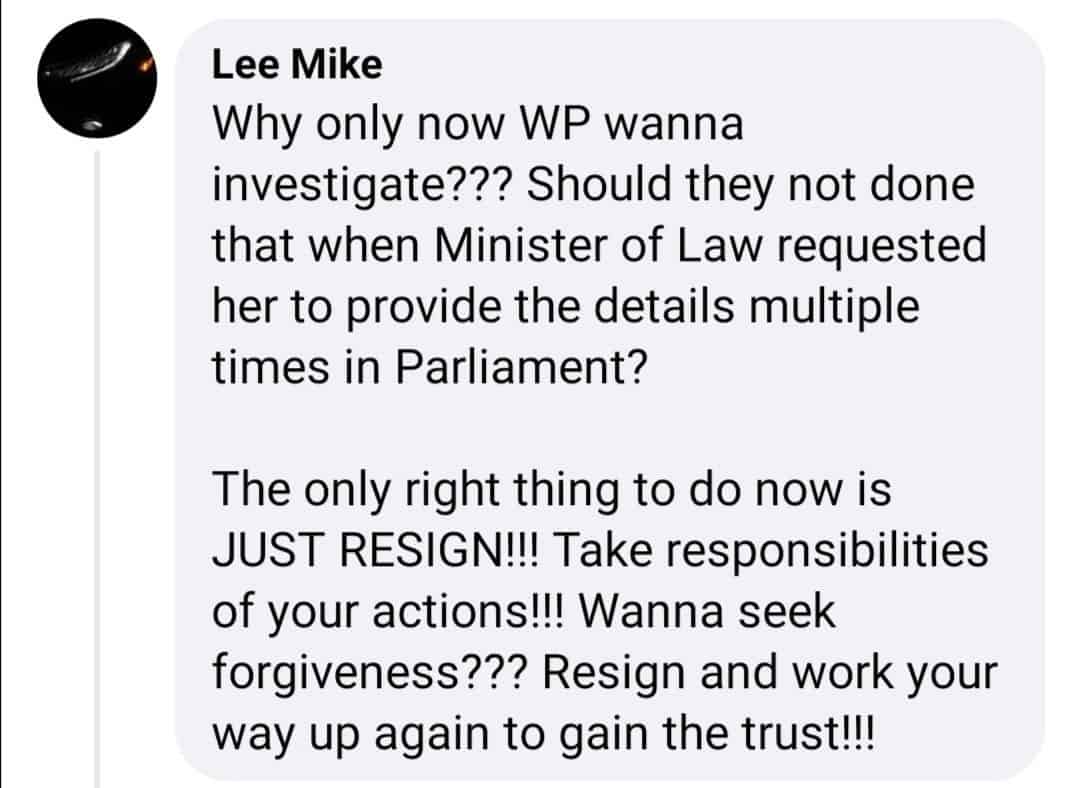 We’re on that downward path where integrity is valued less than an alternative voice in Parliament, where those who insist on upholding integrity are seen as a bully and oppressor.

Because somehow, everything is PAP’s fault.

Ah Gong is right on being double standards.

The consequence for the PAP Government always exposing lies and wrongdoings (because supporters refuse to hold the opposition to account) is that the government is seen as the bully.

But upholding a high standard is a necessary prerequisite for Singapore to succeed and survive.

For the good of Singapore, you should set the same high standard for both government and opposition. No double standards. No excuses.