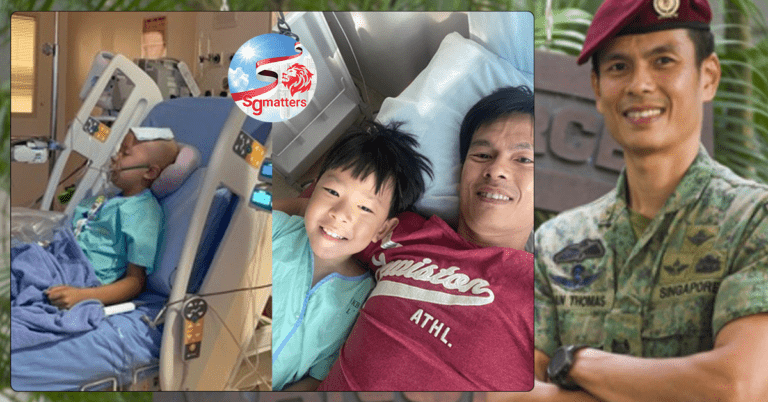 You may have caught his father in the recent issue of Pioneer, and on the Ministry of Defense’ web special on the selection process of Singapore’s Special Operations Task Force (SOTF). (Read it here.)

Thaddeus is the son of LTC Brian Thomas, Commanding Officer, Special Forces Leadership School.  He was diagnosed with High Risk Neuroblastoma, a rare form of childhood cancer, late last year. The treatment required is long term, painful, and very expensive. Unfortunately, much of the treatment could not be covered by insurance, or is even readily available here. The family may have to travel to the US too, for long term and expensive treatment.

The family was told to anticipate a bill of approximately SGD 1.7 million for Thaddeus’ treatment.

The peace and security that we take for granted does not come for free.  We are able to sleep peacefully at night because of a group of men and women who stands watch 24/7, sworn to put themselves in harm’s way for their fellow citizens.

The men of our special forces are the tip of this spear, men like LTC Brian Thomas.

In my time as a 'door kicker' (slang for trooper) in the Special Forces, there have been a few close shaves. I remember an incident where we were called back to camp and did our force preparations. And then we were told to write a will on the spot, because there was a high chance we would be 'seeing action',

“Eventually, the situation de-escalted, and we were able to stand down”

These men are selected for their intestinal fortitude and mental resilience. They are all volunteers, willingly subjecting themselves to gruelling, inhuman training here and abroad.

Their sacrifice is great, with long periods away from their loved ones, uncertain schedules, and the constant risk of injuries and death, even in times of peace. Men like Brian Thomas have given very much to Singapore.

But even the toughest warriors cannot fight against the sometimes cruel vicissitudes of life alone. That is why we are sharing this fundraising appeal.

The Bomb (as told by Brian Thomas)

“I brought Thaddeus to KKH A&E one October night. Singapore was still in the midst of dealing with the Omicron wave. He had been having fever for almost two weeks and complained that he could not walk. It pained me to see him like this.

A fatherly A&E doctor told me there seemed to be something in his chest X-Rays.

I thought that it was probably pneumonia since he tested ART negative. Because of his fever, we were sent to an isolation ward. The doctors permitted me to drive my car home and get some necessities in anticipation of a long stay. I left Thaddeus if their care and hurried home. When I made it back to the ward,

Thaddeus cried when he saw me. They had inserted an IV plug into his hand to facilitate other tests and procedures. My heart was torn to shreds as it was the first time he had been subjected to needles since his newborn vaccinations. We were transferred to a paediatric ward once he had tested negative (PCR) for covid.

There, the doctor informed me that he would be scheduled for an MRI the next day as they “saw something in the X Ray”. After awhile, I persuaded another doctor to tell me what they saw. She told me that they suspected something more sinister, probably Neuroblastoma.

That was the first time I heard of this term and it was forever seared in my brain. I did not know how to tell my wife and I now prayed that my baby had Pneumonia instead. Neuroblastoma was such a foreign word to me. I never knew this disease existed and none of our family and friends had ever heard of it. I was lost. I finally told my wife about this possibility over the phone and we both broke down.

The next day, we did the MRI. The doctor asked if Thaddeus could keep still for one and a half hours, otherwise he would have to be under GA.

Thaddeus asked me if GA was good for him, and I replied that it was not. He said he would keep still. I had my doubts as he was a mischievous child that could never follow instructions. Having went through a couple of MRIs myself for less than an hour each time,

I knew how claustrophobic it felt. After the MRI, we made our way back to the ward. As the door to the Diagnostic and Imaging Centre opened, the oncologist and his team was already waiting there for us with a concerned look on his face. My stomach turned.

He introduced himself, “Hi Daddy, I am not the doctor anyone wants to see”. What followed was a few sessions of counselling and family discussions. I also went down the rabbit hole of Googling all I could about the cancer, its prognosis, treatment and long term side effects.

This was against the Dr’s advice, as he felt that it would make communication between the medical team and parents more complicated. As a parent, I could not help it. I had no other ways to deal with this. This diagnosis hit my wife very hard.

Since then, she has doubled down on her efforts to find the best treatment for Thaddeus. Things happened very fast from here, as Thaddeus had to begin treatment as soon as possible.

Let us all help this Singaporean Son.

The fundraiser page for Thaddeus can be found here:

The funding details are:

You can also paynow to this number: 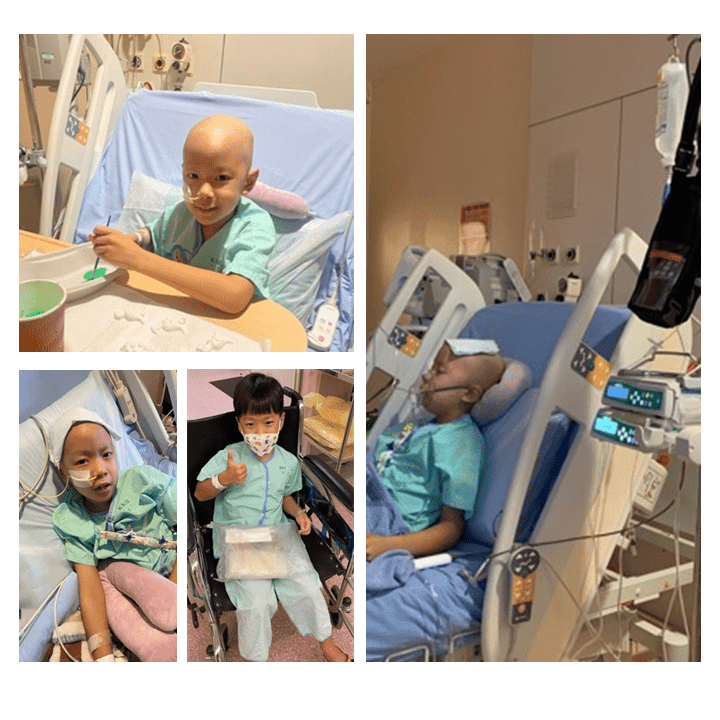 Read also  Seizing the opportunities in the complexities of the world we live in: Chan Chun Sing

May 30, 2022
PrevPreviousSeizing the opportunities in the complexities of the world we live in: Chan Chun Sing
NextWealth tax? The question has never been one of whether to tax wealth but how to do it effectively: IndraneeNext
On Key