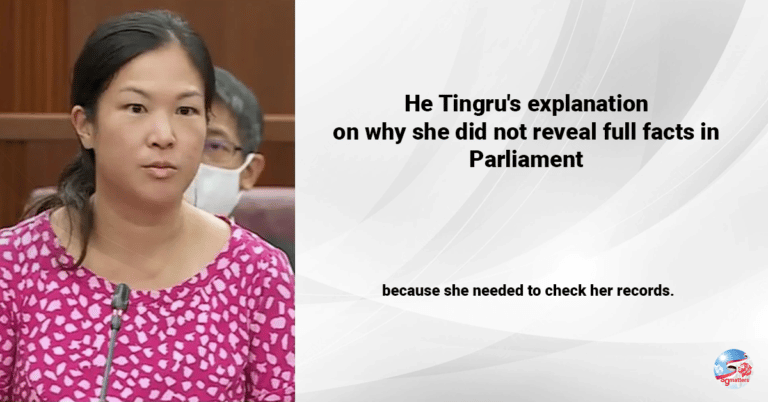 On why she did not tell Parliament that her appeal on behalf of her resident was successful when clarifications were sought of her, WP He Tingru said that she needed to check her records.

Ms He Tingru first brought up in Parliament (28 Feb), the case of a resident who could not afford the cost of medications for his chronic conditions. In her speech, she asked:

“After all, what does it say about us as a society that our senior residents come to us and tell us, as a matter of course, that they have requested for their medication dosages to be cut down because they cannot afford to pay for the full dosages that doctors prescribe to them to treat their medical ailments?”

She also questioned ‘who we are as a people and what values we stand for’.

The resident had sought Ms He’s help at the Meet-the-People session. 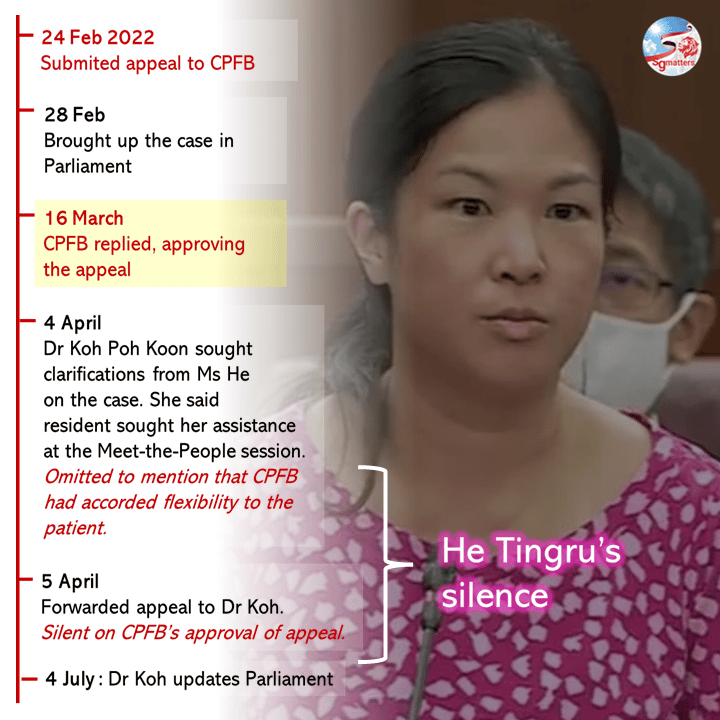 On 4 April Dr Koh Poh Koon, then Minister of State for Health, sought clarifications from Ms He Tingru so that he could check and ensure that the necessary support was rendered to the resident.

Yet when clarifications were sought from her on 4 April in order to help the resident, she did not reveal that the CPFB had already approved the appeal for her resident. The next day when she forwarded her appeal letter to Dr Koh, nothing was mentioned of CPFB’s approval. 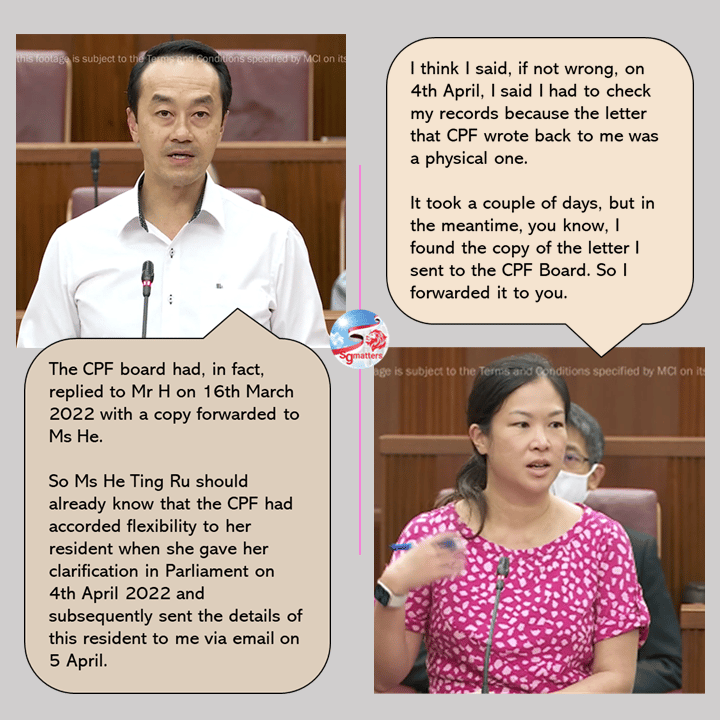 Why didn’t He Tingru tell Parliament that CPFB had approved her appeal?

Ms He’s explanation was that she needed to check her records because the CPF letter was a physical one. This explanation is troublesome. It would imply the following:

(2) She read the letter but had forgotten what the letter said. Hence the need to check her records. This is too incredible. It is hard to imagine Ms He not remembering what she read, especially when the matter warranted a speech by her in Parliament.

Ms He only managed to forward her appeal letter to Dr Koh. Apparently, checking her records needed a couple of days. Whether she managed to eventually find the reply is anybody’s guess but it never got forwarded to Dr Koh.

All in all, Ms He Tingru proved to be less than transparent, less than honest.

It took Ms He just 2 working days after filing the appeal to make her speech in Parliament questioning our society and ‘who we are as a people and what values we stand for’.

However, when the appeal was successful, she did not follow up with an update in Parliament, not even weeks later. She chose silence.

Her explanation fails miserably and raises questions about her honesty and sincerity.

By her silence, she has allowed the aspersion she cast on our society and on the government to remain. She painted the picture of a society where seniors are forced to cut down on their necessary and essential medication dosages simply because they cannot afford it.

Implicit is the suggestion that this state of affairs is due to a government that is not in touch with the ground or is uncaring.

The experience of her resident, however, says that the opposite is true.

As Dr Koh Poh Koon pointed out in Parliament:

“It is understandable that members of the public may sometimes not be aware of the many different avenues and means by which government agencies render assistance to them.

However, as MPs, we can give them assurance that in our society, those in need will always be provided for.” 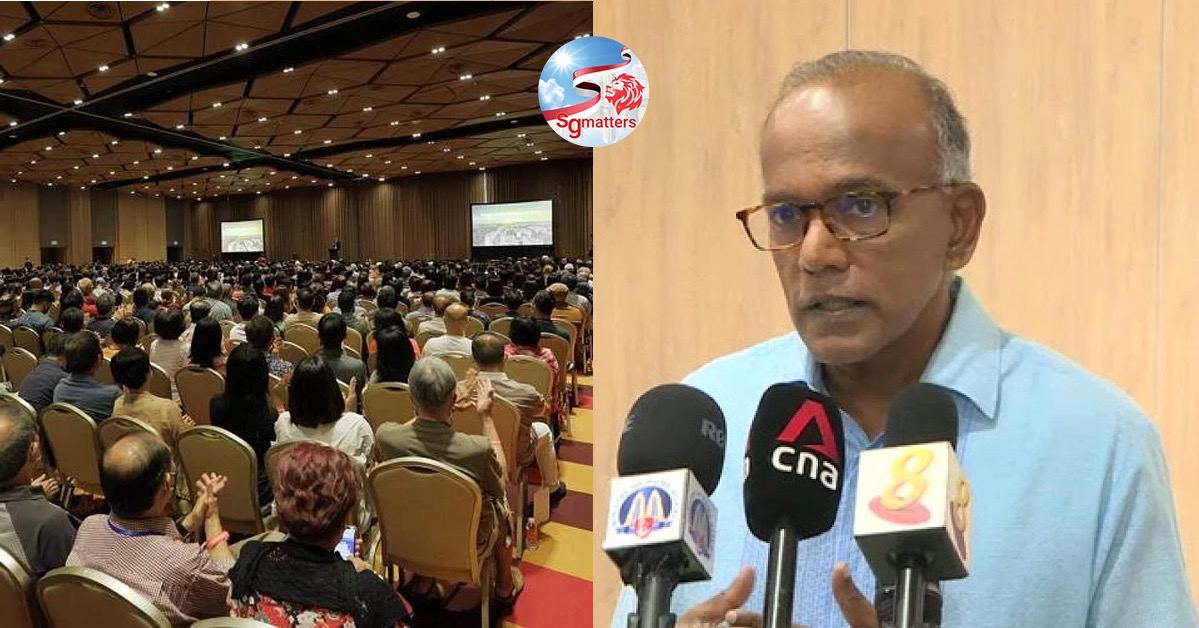 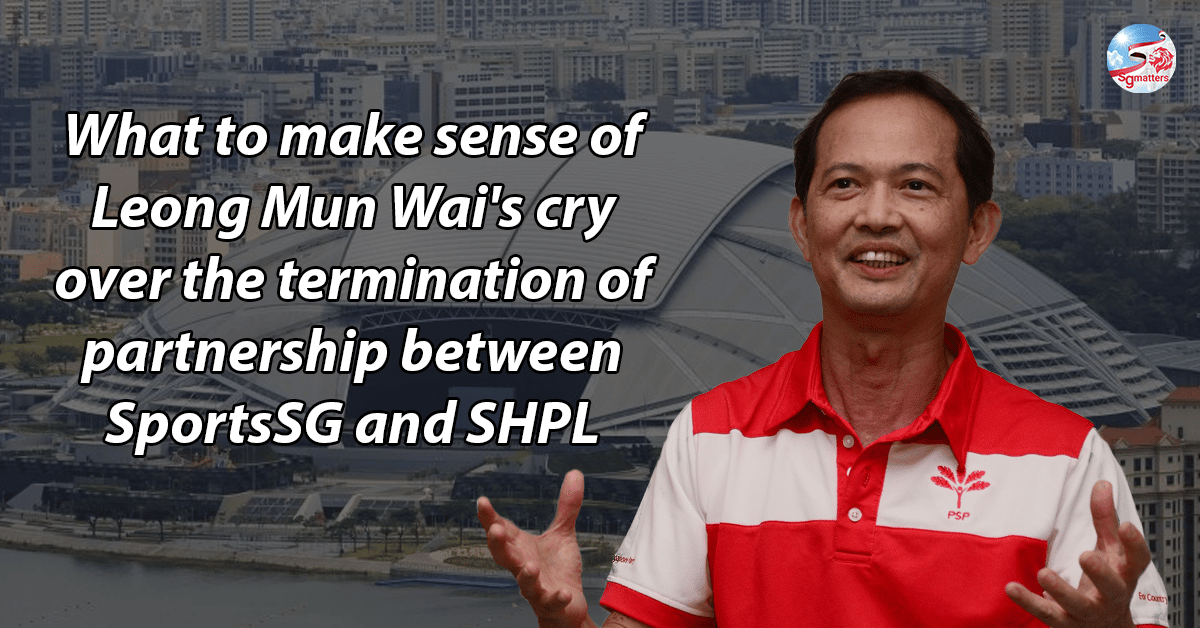 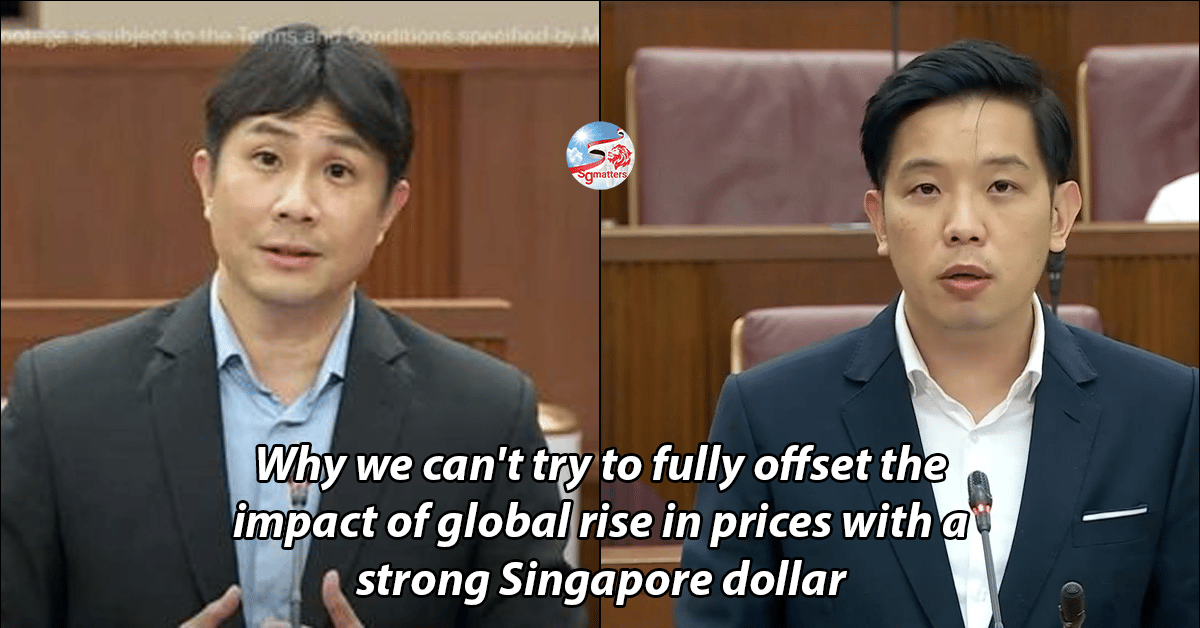 July 21, 2022
PrevPreviousLeong Mun Wai’s position on government funding for SPH Media Trust is a disservice to Singapore
NextWhat to make sense of Leong Mun Wai’s cry over the termination of partnership between SportsSG and SHPLNext
On Key 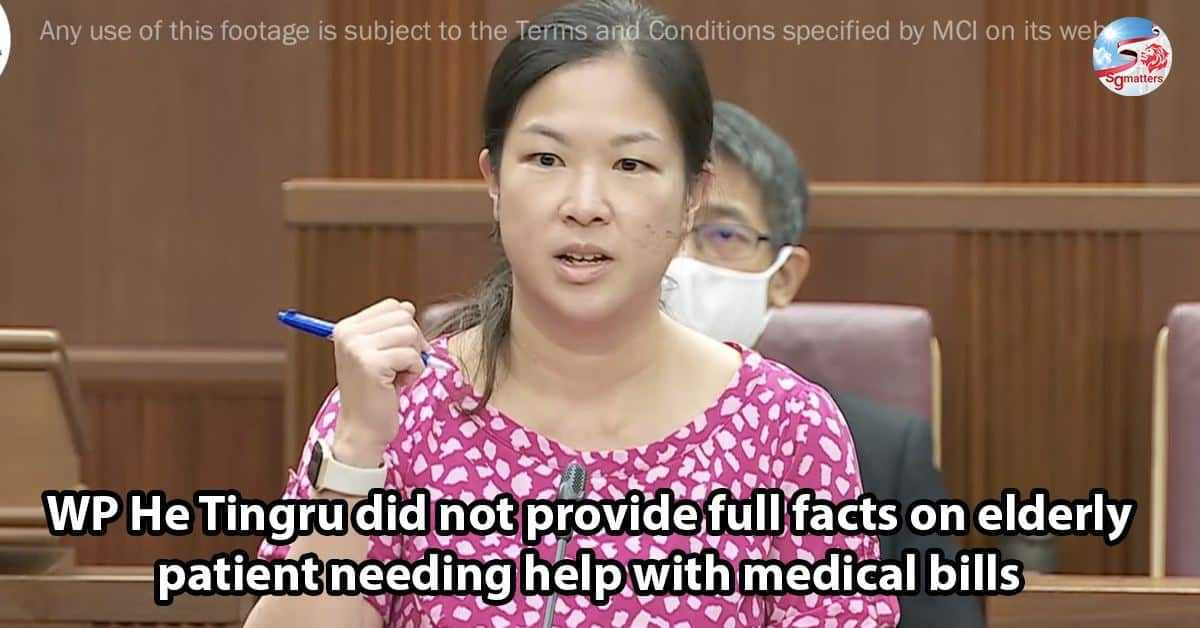 If everyone of the 3.6 million Singaporeans has to pay from their pocket a total monthly salary to all 33 of our ministers and ministers-of-state,