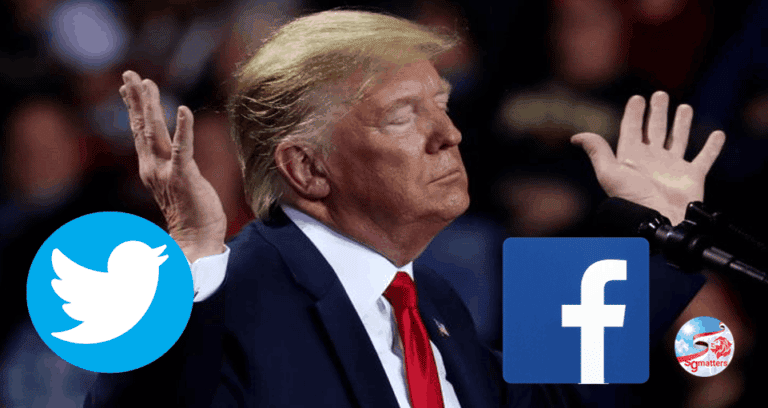 Twitter’s ban and Facebook’s “indefinite” suspension of Donald Trump’s account prove one thing: that freedom of speech does not mean unfettered speech. Period.

“After close review of recent Tweets from the @realDonaldTrump account and the context around them we have permanently suspended the account due to the risk of further incitement of violence.” 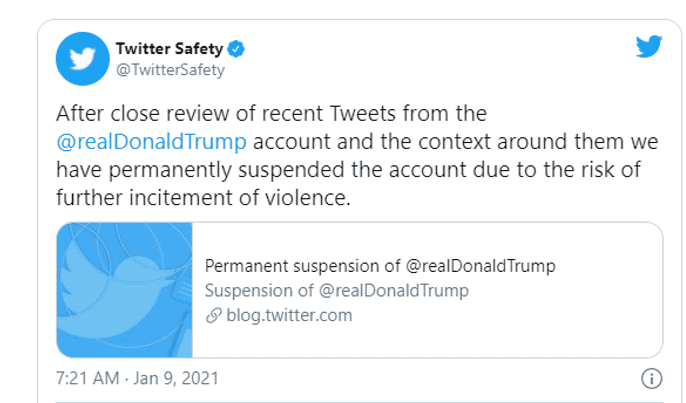 Earlier, Facebook moved to block Trump “indefinitely” saying the risks of allowing him to use the platform were “simply too great”.

Facebook’s ban will last for at least the next two weeks, until after President-elect Joe Biden takes office.

Apple has similarly banned Parler from its app store for the same reason.

On Sunday, Parler will go offline as Amazon moved to remove it from its web hosting service.

Amazon said it “cannot provide services to a customer that is unable to effectively identify and remove content that encourages or incites violence against others.”

The series of actions that came closely one after another is proof that freedom of speech is not unfettered speech. Clearly, inciting violence against others is not part of freedom of speech.

Freedom of speech comes with responsibility. And free speech does not mean speech free from all consequences. It may be well and good to champion democracy and freedom of speech from afar. But when the consequences of unfettered speech takes place on the very ground where one stands, it is a different story altogether. 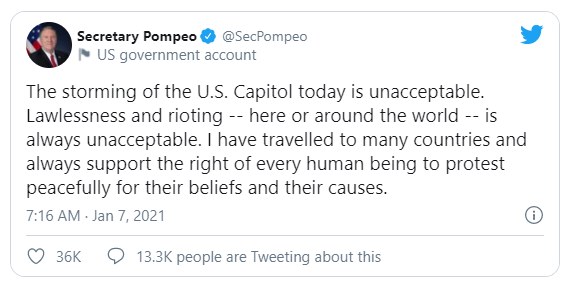 The idea that there is a self-regulating institution called the “marketplace of ideas”, where out of a diverse information environment, a plurality of views and a contest of ideas, truth emerges as a kind of product, is just an illusion.

The traditional model of a “marketplace of ideas”, to begin with, was imperfect as it assumed everyone to be fully informed. But at least in the old world, editors and publishers acted as gatekeepers.

When the world moved to the internet, these gatekeepers were removed. So too were the practical limits of immediacy and global reach. The “marketplace of ideas” is now open all hours of the day and night. Anyone with an internet connection can become a town crier with a voice that resonates farther than it could from any soapbox.

Never before in history has anyone been handed so much power through the reach of the internet and anonymity.

It is time that speech on the internet be subject to regulation. The first step is to remove the cloak of anonymity.

Read also  The Charlie Hebdo cartoonists would have been arrested in Singapore: Shanmugam

May 13, 2022
PrevPreviousCalls by international media to ease restrictions on migrant workers miss the larger issues: Dr Tan See Leng
NextUK is applying to join the CPTTP; Will the US rejoin the pact?Next
On Key