Will the real Lee Hsien Yang please stand up? 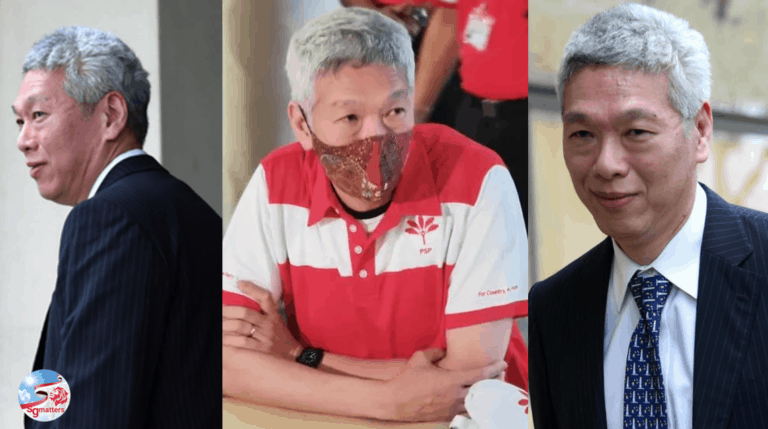 In 2017, two years after the death of Lee Kuan Yew, “Oxley” became a household lexicon that was linked with “shame” and “deceit”. A scandalous family feud, not just of any family but of the prominent Lee family, erupted and caused a furore. Fast forward three years to 2020, now Singaporeans just want it to end.

On 20-11-20, a High Court judgement sealed the book shut and confirmed what the earlier disciplinary tribunal report had found – that both Lee Hsien Yang (Lee Kuan Yee’s younger son) and Lee Suet Fern (Lee Hsien Yang’s wife) had misled the then 90-year old and frail Lee Kuan Yew to sign a Will that saw them gain a significant interest for themselves. Seems like quite the staple of soap dramas you say?

But before you go off yawning at the 15 month suspension slapped on Lee Suet Fern for legal misconduct, what if there was something more sinister than meets the eye?

What if this was a couple so deceitful and self-centred that they would do anything it took for self preservation?

Lee Suet Fern lied under oath at the disciplinary tribunal and said that she did what she did because she was “acting as an obedient wife” in following her husband’s instructions.

Lee Hsien Yang admitted that public Facebook statements he made on the incident were inaccurate, and said that he need not be truthful if these statements were not made under oath.

So both husband and wife are habitual liars. (Sorry dudes, I’m not believing anything you say on Facebook anymore!)

Desperate to get their twisted version of the story out, over the years they made new “friends” and bought their way (with lots of money of course) into anti-establishment social media circles and personalities. They threw lavish fund raisers for them, made generous donations and gave money to pay for legal fees of questionable characters. They had stooped so low to become bedfellows with various dubious personalities whom Mr Lee Kuan Yew himself detested whilst he was alive.

Let us also not forget that in the run up to GE2020 Lee Hsien Yang officially joined PSP, a new opposition party, and was nearly going to contest in Tanjong Pagar, the very ward Lee Kuan Yew served as elected Member of Parliament for most of his adult political life. This surely was an affront to Lee Kuan Yee’s legacy, akin to spitting on your own father’s grave.

But what’s really sinister is not the family feud but a malicious selfish plot to cast a shadow on how other countries see Singapore and to bring down Lee Hsien Loong, Singapore’s Prime Minister, without due consideration of the irreparable damage to Singapore and Singaporeans.

Only the gullible would think that this was simply a case of a filial son trying to defend his father’s last will and dying wishes.

Read also  Is it sufficient for the draft Last Will to be merely broadly similar to the First Will?

Here is a vengeful and jealous son who found an opportunity to bring disrepute to his brother’s success whilst at the same time standing to materially gain from his father’s last Will.

And he is not just content to bring his own brother down, but the whole of Singapore with it. Why does he need to worry? He has enough money to live in Hong Kong or Japan for the rest of his life once Singapore goes down. But for ordinary people like you and me, this is the only country we know to work and live in.

So I urge you to wake up and see Lee Hsien Yang for who he really is, an enemy of the state.

May 13, 2022
PrevPreviousMyths about Meritocracy in Singapore. A response to Chua Mui Hoong’s article on meritocracy
NextWhat’s the furore over TraceTogether for criminal investigation all about?Next
On Key