Extreme hardship and suffering as an occupied people under the Japanese 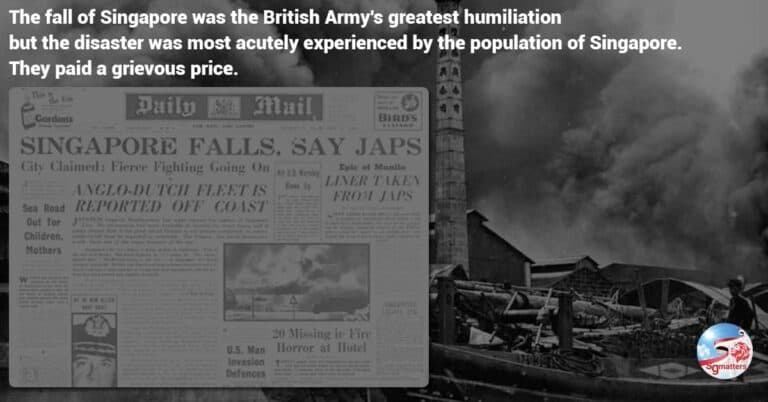 Never again, we remind ourselves. 3 years and 8 months of extreme hardship and suffering as an occupied people. This tiny island nation was the scene of the largest surrender of British-led forces ever recorded in history. It was 15 February 1942, the first day of the Chinese New Year, the Year of the Horse, but there was no celebration. The Battle of Singapore was over in one week.

When the Japanese did attack, it was indicative of their military prowess in the region at the time.

Both the Britain’s naval and aerial capabilities were already destroyed before any Japanese soldier set foot on Singapore.

On the same day that Japan was attacking Pearl Harbour half a world away at the beginning of December 1941, they simultaneously bombed the Royal Air Force bases to the north of Singapore. Their tactics were shrewd and well-thought out.
On 10 December 1941, Japanese bombers sank two British warships, the Repulse and the Prince of Wales, off the coast of Malaya. This was a serious blow for Britain and its naval strength. Singapore’s defences were severely weakened. In all, 840 sailors were lost.
At this point in time, there was still an expectation that the attack would come from the sea. It was a much simpler way for the Japanese forces to attack, than sending troops through the treacherous jungle, mangroves and swamp that characterized the land.
There were no permanent defences on the landward side, and Singapore’s big guns pointed towards the ocean and couldn’t be turned around.
However the Japanese advanced by land and the troops moved quickly down the Malay Peninsula, many on bicycles.
Allied troops, including the soldiers of the Australian 8th Division, tried valiantly to hold back the Japanese advance, but were forced down the Malay Peninsula and across to the island of Singapore.
On the night of 8 February 1942, the Japanese began to bombard the northwestern coastline of Singapore. Subsequently, they crossed the Johor Straits in collapsible boats and overran the Australian soldiers tasked with guarding the area as they landed in the north-west of the island. It is believed that 13,000 troops crossed into Singapore that night.
Twenty-four hours later a second Japanese landing force, the Imperial Guards division, crossed into Singapore at Kranji and via a repaired Causeway.
By the morning of 10 February there were Japanese troops on most of north-west Singapore.
Within six days they were on the outskirts of Singapore city, which was also now under constant air attack. 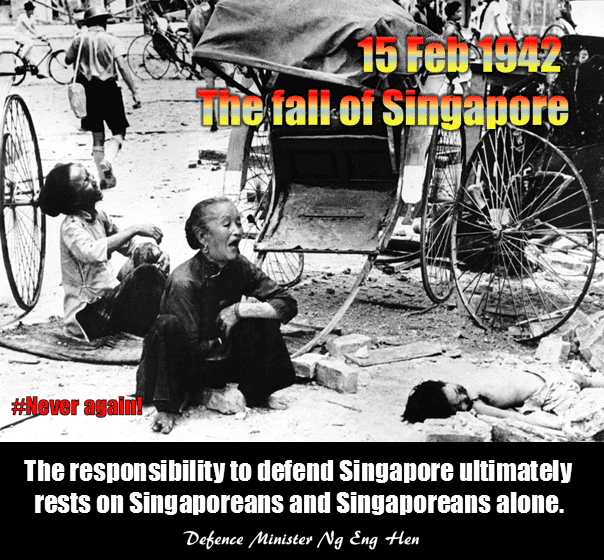 One of the fiercest battles before the surrender – the Battle for Bukit Timah – took place near the Ford Factory.
The Japanese reached Bukit Timah on 11 February and met strong resistance from the Straits Settlements Volunteer Force comprising local civilian defenders who fought bravely and fiercely with rifles, shotguns, and hand grenades tied to their waists and swords strapped to their backs.
With the capture of Bukit Timah hill, the Japanese gained a stranglehold on Singapore’s water supply – which they promptly cut off. This was a strategic move that contributed to the British surrender.
After gaining full control of Pasir Panjang Ridge on 14 February, Japanese troops moved into the Alexandra area.
Despite the fact that the Alexandra Military Hospital was marked by red crosses, Japanese troops charged into the hospital and killed a British officer who had gone out to meet them with a white flag.
The Japanese troops then entered an operating theatre and killed the patient on the operating table as well as the staff attending to him.
Another group of soldiers then entered the wards and bayoneted the patients indiscriminately. Later, the Japanese were said to have gathered about 200 patients and staff outside the hospital, tied them up with a rope and crammed them into three small rooms for the night. The next day they were tied together in threes and executed. It is estimated that around 280 staff and patients were killed over two days.
On 15 February Lieutenant General Arthur Percival, the British commander in Singapore, called for a ceasefire and made the difficult decision to surrender.
The battle of Singapore, the Gibraltar of the east, the impregnable fortress, lasted only one week from 8 Feb to 15 Feb 1942.
Japanese capabilities were arrogantly underestimated. Thousands of Allied troops, including many from Malaya and Singapore, were killed and injured in desperate defence. Extreme hardship and suffering as an occupied people

The fall of Singapore was the British Army’s greatest humiliation but the disaster was most acutely experienced by the population of Singapore. They paid a grievous price.
For the people of Singapore, it marked the beginning of dark times which was to last 3 years and 8 months.
Singaporeans went through extreme hardship and suffering as an occupied people.
Conditions were desperate. There was not enough food; there was no healthcare.
Worse than physical hardship was having to live in constant fear.

“Hindsight enables us to understand that there were serious errors of leadership as the Japanese 25th Army attacked down the Malayan peninsula.
So it is not surprising that one of the lessons that the late Lee Kuan Yew took from the fall of Singapore was that Singaporeans should never rely on any but themselves for their security. And that is why the Singapore Armed Forces are the best funded, best equipped, best trained and most professional forces in South-east Asia.”
– Scott Wightman, British High Commissioner to Singapore

Read also  Let us show the world that whatever the challenges, Singaporeans will stay united, and prevail once more

May 30, 2022
PrevPreviousChan Chun Sing on carbon footprint and the big petrochemical elephant
NextMeet the 54-year-old Landscape Maintenance Worker who turns his passion into a professionNext
On Key 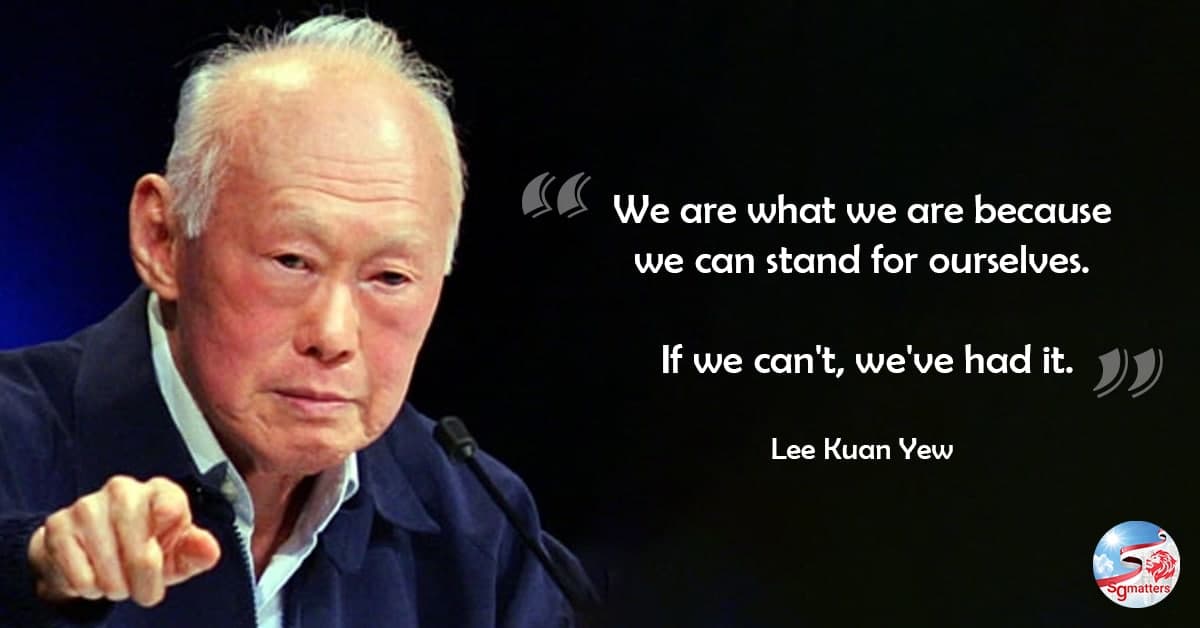 A poisonous shrimp. Lee Kuan Yew: “We are what we are because we can stand for ourselves. If we can’t, we’ve had it.” 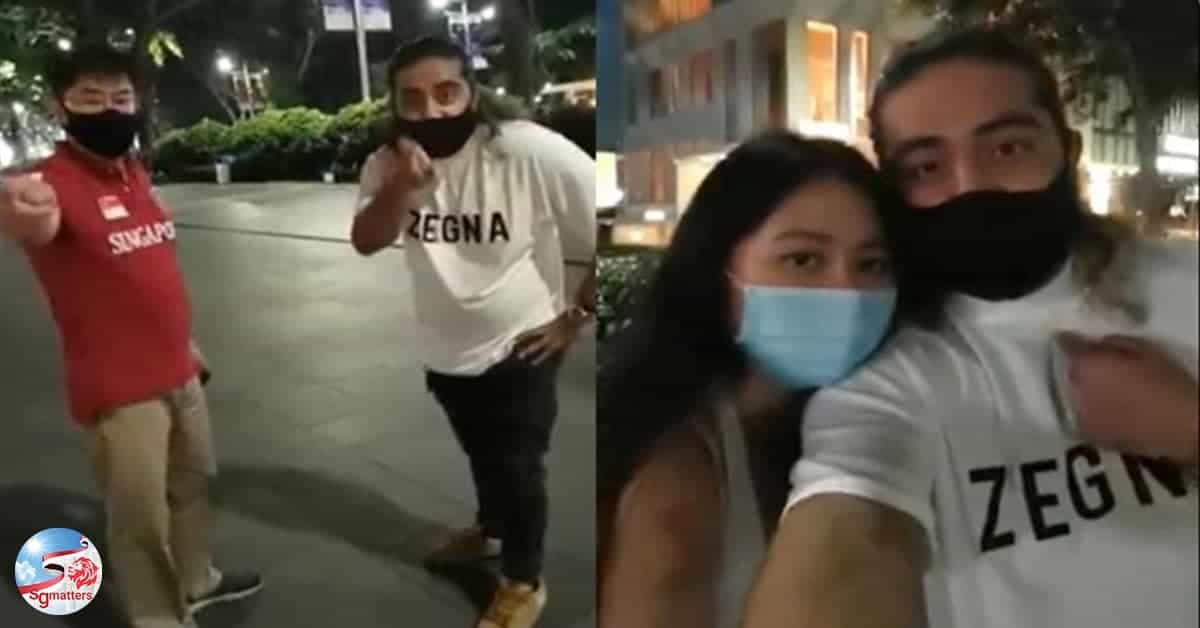 “I used to believe that Singapore was moving in the right direction on racial tolerance and harmony. Based on recent events, I am not so