Late 2020 saw a flurry of exchanges among the Members of Parliament (MPs) over a debate on minimum wage.

Workers’ Party MP Dr Jamus Lim insinuated that union leaders relied on “folksy wisdom” and argued that such “folksy wisdom” should not be relied on as the basis for policymaking. His statement elicited some vigorous reactions from union leaders, who felt that their work on the ground with fellow workers and employers were discredited and belittled.

To better understand the work that union leaders do to safeguard the interests of workers and mediate the relations between the employees and employers, we spoke with Mohd Khair Bin Khamin, 53, Assistant General Secretary of the United Workers Petroleum Industry (UWPI), who shared with us some of the work he does for employees and employers in his industry.

Khair has been serving as a union leader for over a decade. While the father of four children said he is thankful to have a wife who is very supportive of his union work, interestingly, he shared that his journey was a union leader wasn’t all smooth sailing.

“In the beginning, my wife could not fathom why I chose to dedicate my time outside work to serve in the union. She always asked me why I spent so much time talking on the phone at the balcony,” Khair said with a laugh, “But as time passed, she saw and understood that what I was doing was for the general betterment of workers, she became very supportive of me and the work that I do.”

“In fact, she also joined the union in her industry!”

The Process of a Collective Agreement

Recently, Khair and his team concluded a Collective Agreement (CA) for their company with some breakthrough. 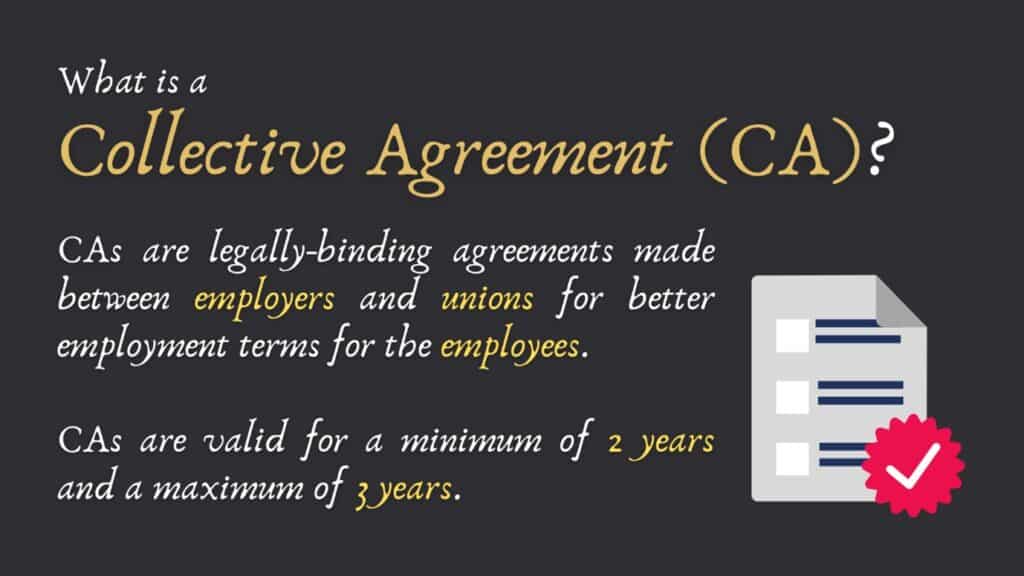 Very patiently, Khair explained to clueless me that a CA isn’t just a simple document done up in hours.

In fact, it can be an extremely tedious process that has to be handled carefully and thoroughly to ensure it’s a fair and reasonable agreement that both parties – the employees and employers – are happy with. 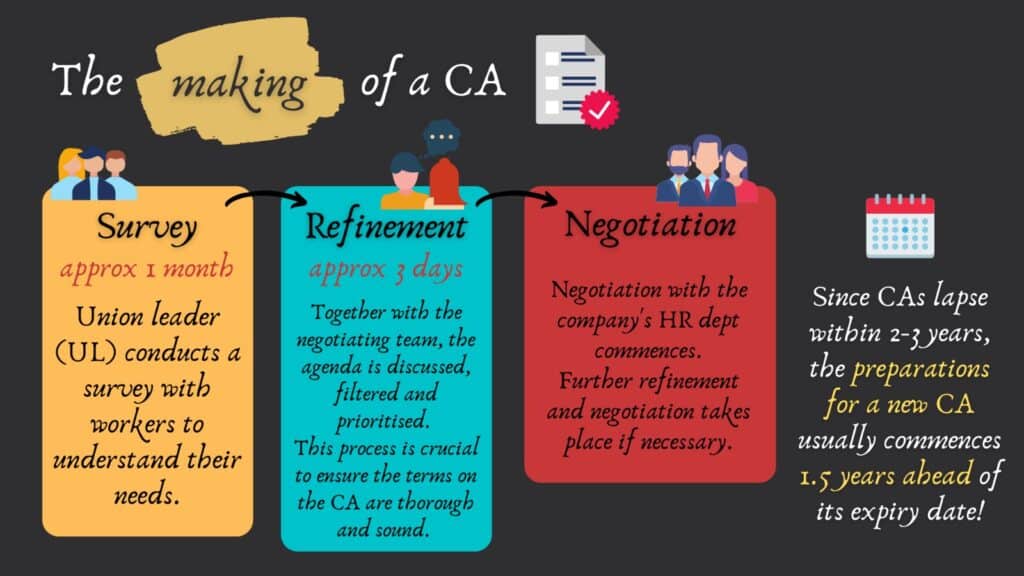 When asked about the engagement process, and how can the union ensure that the concerns of workers are taken into consideration, Khair explained, “We distribute survey forms to the employees of the company to solicit opinions from them. We ask for the improvements they wish to see in the company, something like their wish list.”

“But of course, they need to be able to justify why the improvement is necessary. In this way, if the concerns or opinions are legitimate and backed with sound reasons, we have a strong basis to push for it.”

The item-by-item studying, prioritizing, and refining work is then done at the UWPI headquarter, together with the negotiating team, for a better benchmark against market practices.

In the last concluded CA, Khair and his team managed to have the Professionals, Managers, and Executives (PMEs) included in the CA. The union fought successfully for the inclusion of Shift Leaders in the CA and expanded the salary ranges for Assistant Shift Leaders. With this inclusion, they managed to get more employees included and represented, pushing the unionisation rate for the company to 70%.

The latest inclusion which might seem like a smooth process had in fact, took the union years to push through after rounds and rounds of negotiation. It didn’t help that in the past, negotiations with HR were quite confrontational too, Khair told me.

“But over the years, with more open negotiation with the HR, the communication is smoother and more honest, and this brings better outcomes for all the stakeholders involved. Importantly, union leaders like myself have to take ownership of what we push for, and answer both to employers and employees.”

As union leaders negotiate for better employment terms on behalf of workers and members, they must also bear in mind that they need to make sure that the terms are realistic and sustainable for the long run that will benefit workers for years on, and not mere aiming for unsustainable short-term benefits.

That’s a lot of considerations to take into if you ask me.

Moreover, for Khair who is wearing the union hat and a management hat, he has to strike a balance between the two roles he plays and be acutely aware of the need to be a neutral party in negotiations.

“I remember once I had to delay a member’s promotion because he was underperforming. As much as I, as a union leader who fights for the workers’ welfare, I had to intervene to show the company that we are an impartial force that intervenes when necessary.”

To infinity and beyond

2020 had been a challenging year with many curveballs thrown in everyone’s direction – unions, and union leaders alike. But one thing certain for Khair and the union though is to continue to engage their members and ensure that their work goes on and does not stop because of COVID-19. And the conclusion of the CA is not a cue for Khair and the union leaders to take a break from their union work.

“We are going to push for more training next!”

Without missing a beat, Khair told me that he’s starting to “nag” at the management and ask them what the company is going to do for the workers as the economy undergoes digital transformation.

If anything, my conversation with Khair taught me that this is just one tip of an iceberg of the work that union leaders like Khair do. While I agree with Dr Jamus Lim that data is good for analysis, but there are also qualitative matters in the labour movement that cannot be easily ironed out through data. It’s time to acknowledge the value of the “folksy wisdom” of union leaders, which is sorely neglected and sometimes belittled.

Lest we forget, Khair is only one of the MANY dedicated union leaders out there serving quietly with the means, creating a harmonious labour scene that is uniquely Singaporean.