Skip to content
Home » Currency speculation can be stabilising for the economy: Jamus
Economy & Financial

Currency speculation can be stabilising for the economy: Jamus

In Parliament, Workers’ Party Jamus Lim said that currency speculation can be stabilising for the economy.

He was disagreeing with PAP MP Saktiandi Supaat (Bishan-Toa Payoh GRC) who said that revealing the size of the Singapore reserves would render the Singapore currency vulnerable to speculative attacks.

He added that this was in fact encouraged by economist John Williamson who started the BBC (band, basket and crawl) policy.

Saktiandi also shared his experience during the Asian Financial Crisis. Its impact on some countries in the region was significant to the point that their currencies depreciated, with cascading effects on the economy. He gave the example of Thailand, where the currency depreciated a lot and said that there was nothing stabilising about this attack.

“That’s from my own lived experience in 1998, 1999,” Saktiandi said.  He was with MAS in 1998 – 1999. “The theoretical element that you shared… does not make sense. Unless you’re talking about misalignments in the long run that eventually correct themselves in time,” said Saktiandi who is an economist by profession and Head of FX Research team in Global Markets at Maybank.

Singapore is a financial centre.

“As a financial centre, there’s also the risk of capital flows if our currency is attacked for speculative reasons. I don’t think we want to add the element of this risk into the equation for our Singaporean job seekers.” 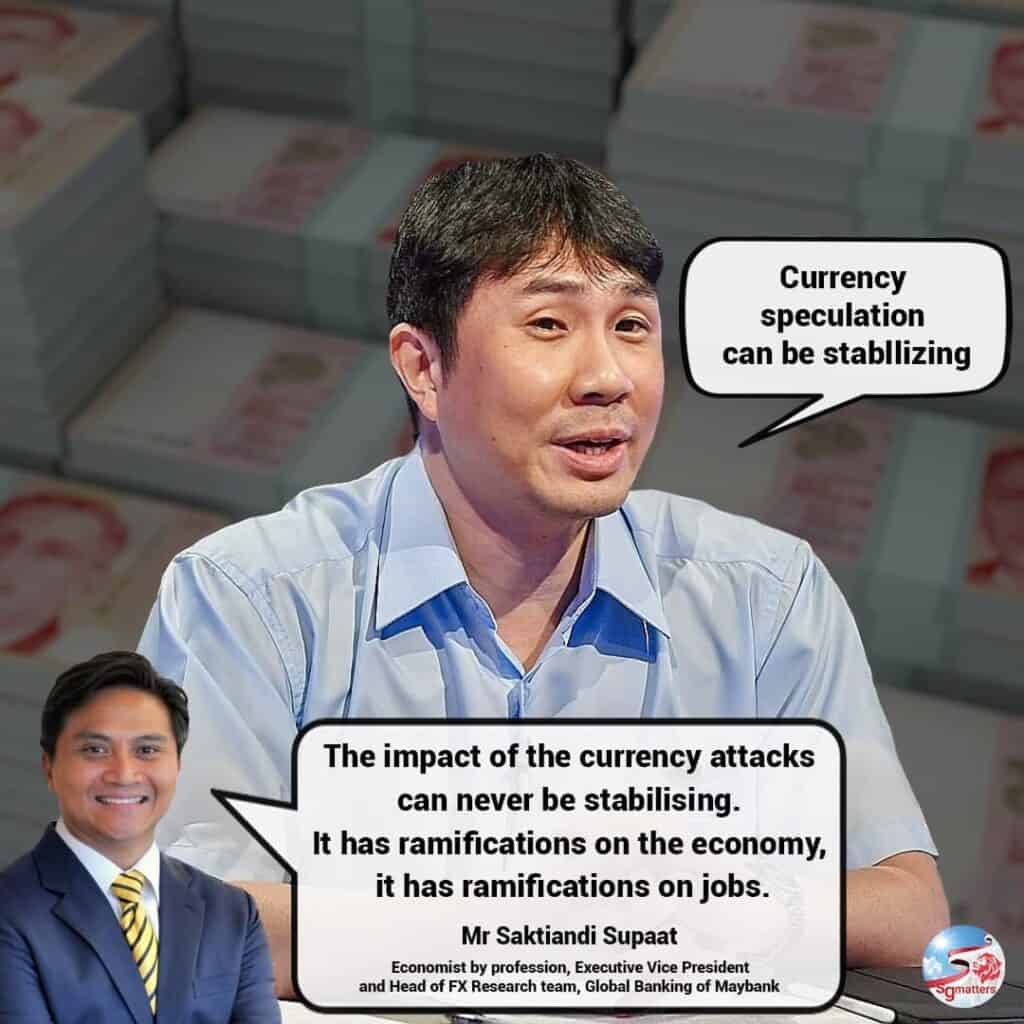 Former diplomat Bilahari Kausikan sums up his observation of Jamus so well in this comment: 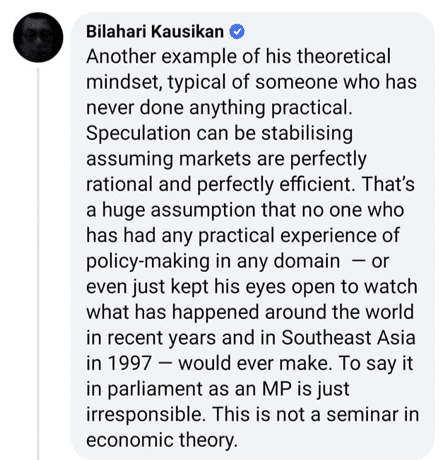 So how does a WP Government look like based on the various recommendations of WP MPs in Parliament?