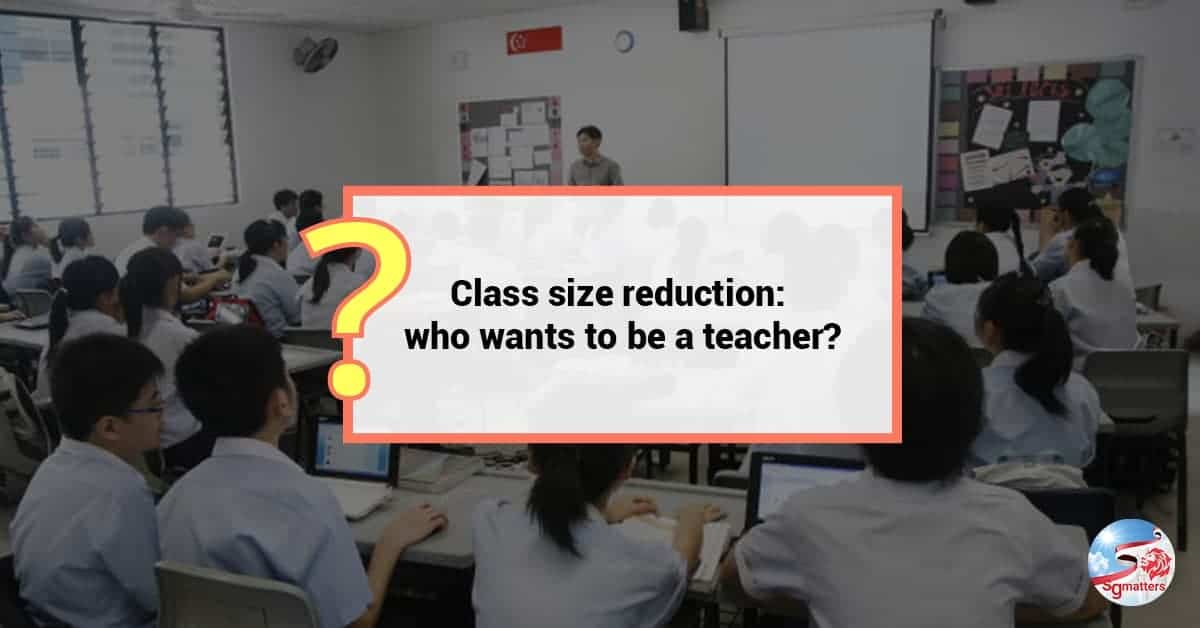 Did the fall in the student-teacher ratios in Australia schools lead to the expected improvement in students’ performance?

A 2009 research paper by economists Andrew Leigh and Chris Ryan found that even as class sizes fell, the hoped-for improvement in student performance did not happen. Their paper, Long-Run Trends in School Productivity: Evidence from Australia, found that academic results went down.

A 2016 report in the Financial Review described the drive to reduce class size in Australia as a ‘costly mistake’. It drove up the cost of schooling by over 25 per cent to $50 billion a year and failed to improve education.

In Singapore, WP Jamus Lim has also called for smaller classes. This is despite the fact that class size has been gradually reduced over the years. It used to be 40+ students per class. Now, it’s much smaller than that.

Does class size matter? Of course it does. The question is: how small is small enough? There is no consensus anywhere on the ideal ratio or class size.

Currently here in Singapore, the average primary school class has about 30+ students.

Currently, there are more than 15000 primary school teachers according to Education Statistics Digest from MOE.

To double the number of primary school teachers means hiring another 15,000+ teachers.

It goes without saying that there will be trade-off in teacher quality when numbers are ramped up significantly.

And where will you find another 15,000+ new teachers to hire? There are finite manpower resources and competing demands in other sectors as birth rates fall and smaller cohorts enter the workforce.

Will teachers still be paid the same salary?

With double the number of teachers, cost of salaries will double also. There will be less money for other developments – professional development, special programmes, student development etc.

What about the physical space?

It is better to have a quality teacher teaching a bigger class than 2 lousy teachers teaching 2 small classes.

An education system is only as good as the quality of its teachers.

It is easy to make a popular proposal. More than making a proposal, a politician must imagine himself implementing his own proposal so that he will understand the trade-offs and the cost. For example, Jamus has also suggested that funding for popular primary schools be reduced. Think about the implications for the students in these schools when class size is reduced together with reduced funding.

The OECD which has studied many education systems concluded that reducing class size is not, on its own, a sufficient guarantee to improve the quality of education systems. Increasing the quality of teaching is often a more efficient policy lever to improve student performance than reducing class size. Indeed, countries with high-performing education system prioritise teacher quality and professional development over class size. The countries referred to by Jamus (Austria, Denmark, Luxembourg) are not among the high-performing countries despite having small classes.

Class size matters and this is why our class size has been reduced over the years, from as big as 45 or 46 per class to 30+ today.

For example, classes for weaker students in the Learning Support Programme and Dyslexia Remediation Programme are conducted in classes of 8 to 10, and four to six respectively.

Primary 1 and 2 pupils have smaller classes so that they can better ease into formal schooling from pre-school education. In the secondary schools, with subject banding, students can belong to more than one class depending on the subjects they take, with some classes smaller than others.

It is more meaningful to talk about an optimum class size that benefits students according to their needs, rather than a big or small class size.

In Australia, educational experts have found it difficult to increase class size for political reasons.

Education expert Ben Jensen said there was a good case for a small increase in class sizes to free-up time for teachers to allow them to teach better and improve their skills. Such a move, however, would face political barriers because it would be strongly opposed by parents, who wrongly believe that smaller class sizes are important for a quality education.

“I don’t think any government is going to get elected with a policy to increase class sizes,” said Dr Jensen, a former OECD economist, and previously the Grattan Institute’s school education specialist.

“If you look at all the high-fee independent schools virtually all of them would advertise the fact they have lower class sizes. It appeals to parents, we know that,” he was quoted by the Financial Review as saying.

This is what happens when politics rule.

Its score of 561 puts it significantly above all other education systems, says the OECD report on Singapore. Singapore is followed by Japan with 552 points, Hong Kong with 541 points and South Korea with 538 points. Students from 177 schools in Singapore completed the assessment of collaborative problem solving.

Here’s what the OECD has to say about what successful countries have in common.

They share the policies of high and universal expectations for all students; a strong focus on great teaching; resources targeted at struggling students and schools; and a commitment to coherent, long-term strategies. 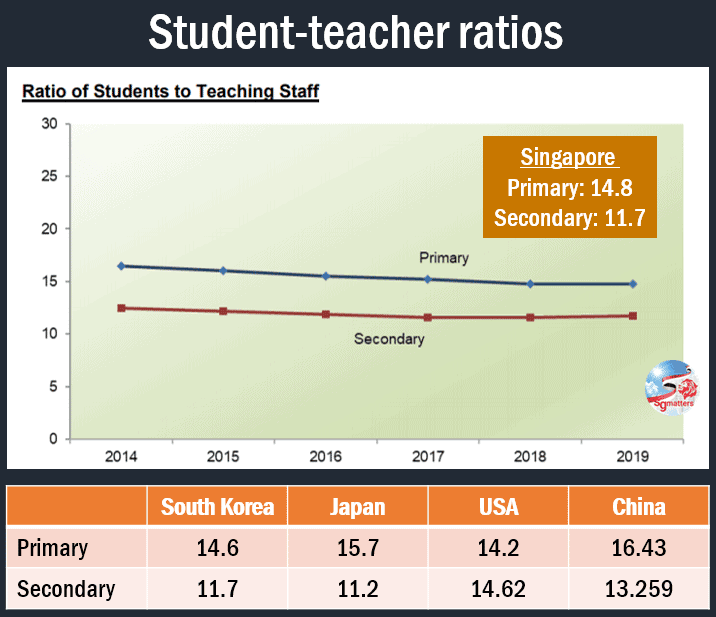